SkyWest Airlines has bucked the trend by posting a profit in the first quarter of 2020. The regional… 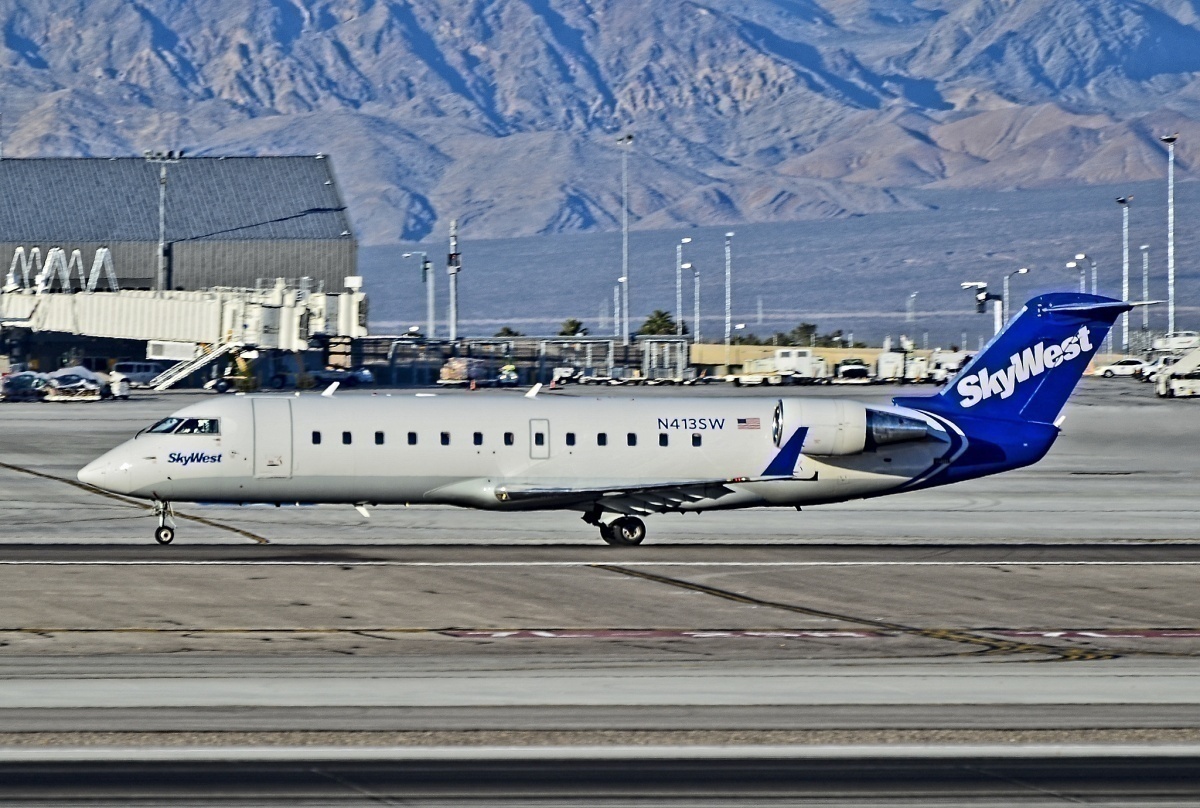 SkyWest Airlines has bucked the trend by posting a profit in the first quarter of 2020. The regional carrier flies on behalf of major airlines using smaller jets. In the first quarter, SkyWest posted a net income of $30 million. While this was down from its results last year, it still is one of the better results the airline industry has seen this year.

Net income this year was $29.988 million compared to $88.181 million in 2019. Nevertheless, reporting this profit is an amazing feat after many other airlines posted massive losses over the same period of time.

However, the current crisis did not leave SkyWest unscathed. CEO Chip Childs offered the following statement:

“COVID-19 has caused unprecedented disruption across the airline industry. Our priority is the safety and well-being of our people and passengers, and we have taken numerous steps to that end. We are taking aggressive action to maintain strong liquidity and work collaboratively with our partners on flexible fleet solutions during this period of uncertainty. I want to thank our 14,000 employees for their resilience, commitment and flexibility during this pandemic.”

SkyWest is different than other airlines. For one, it does not operate long-haul routes, which lessened the financial impact of the pandemic since long-haul suspension came quickly, and demand dropped just as sharply, forcing airlines to shell out hundreds of millions in refunds.

In addition, SkyWest operates regional jets that are smaller and, given current capacity reductions, are better suited to fly many routes. Some destinations which previously saw mainline jet service are now seeing regional services.

First-quarter revenue hit $730 million. This was up from the $724 million in revenue SkyWest recorded in the same quarter last year. Contributing to this growth was the addition of 16 Embraer E175 regional jets. Although, SkyWest noted that the COVID-19 pandemic did offset some of the income coming from the added E175s.

Expenses totaled $664 million this quarter, up from $627 million last year. This was due to additional aircraft maintenance, depreciation of aircraft, and spare engines, over the course of 2020.

SkyWest partners with major US airlines and flies regional jets on their behalf. Major airlines are not adding more aircraft to their mainline fleet at this time. In fact, most are withdrawing older aircraft from active service. This does alter the nature of service contracts with SkyWest. Agreements with pilots limit the number and size of jets that regional airlines can operate. Usually, this is a percentage of the mainline fleet count.

Under a contract with United Airlines, SkyWest was supposed to take 25 used E175 aircraft. Of these, four have already entered the fleet. The remaining 21 jets will come throughout 2020. United is financing these aircraft, which will fly under the United Express banner.

American Airlines contract SkyWest for 20 new E175 planes. American and Skywest, however, are working to alter that delivery schedule. SkyWest will take on these aircraft, financing them through debt. These jets will fly under the American Eagle brand. With American, SkyWest is contracted to operate 70 CRJ700 planes, of which 61 are already flying. The in-service dates of the remaining nine are currently being negotiated.

For Delta, SkyWest will take on six new E175 planes in 2020. In addition, Delta also placed some new and used jets with SkyWest. That is, Delta financed these aircraft, but SkyWest will operate them under the Delta Connection banner. This includes six used E175 planes, three of which were delivered in April 2020. One new CRJ900 also will enter the fleet in 2020. With this, however, SkyWest will remove three CRJ700s and four CRJ900s from its Delta agreement.

As of March 31st, SkyWest also has 55 CRJ200s flying under Delta Connection, whose capacity purchase agreements will expire in 2020. SkyWest does not anticipate that these agreements will be extended. 19 of these 55 jets are leased from Delta. Those planes will be returned to Delta in 2020. Finally, the remaining 36 are owned outright by SkyWest. Those aircraft will be parked following removal from service.

What do you make of SkyWest’s first-quarter results? Are you surprised, or did you expect this? Let us know in the comments!

While COVID-19 continues to take its toll around the world, some countries are easing restrictions with previously restricted… 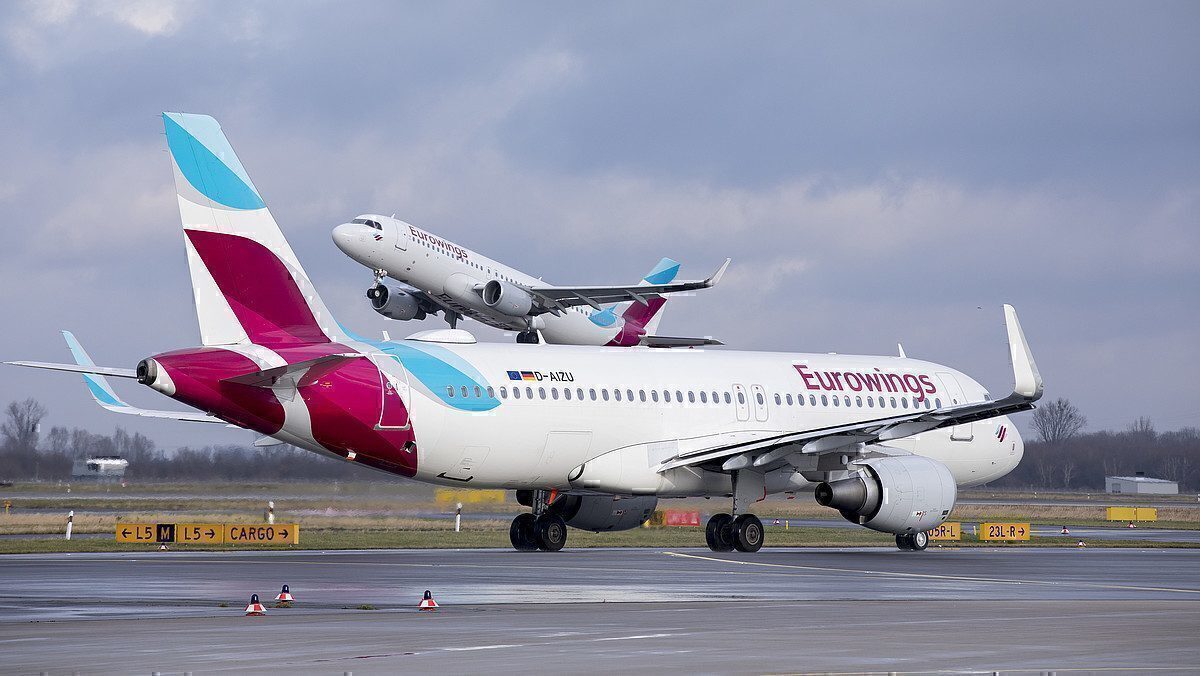 While COVID-19 continues to take its toll around the world, some countries are easing restrictions with previously restricted services coming back. This includes flights operated by Lufthansa Group airline Eurowings as it “continues to ensure its basic service at the airports of Düsseldorf, Hamburg, Cologne/Bonn, and Stuttgart.” With a promise of flexible booking and up to 25% off, things appear to be ramping up quickly for the German carrier.

Offering a basic flight program that enables important domestic German connections and flights to various destinations in Europe, the airline had this to say as part of its announcement:

“Eurowings has now extended its flight schedule and adds additional connections as of May 2020. One focus will be on destinations in the Mediterranean region. For the first time, the island of Mallorca will again be served from several German locations.”

Eurowings destinations for May onwards:

The extensive list of routes and their frequencies as presented by Eurowings is as follows:

Routes with the highest frequency are mainly domestic journeys between the largest German cities. However, another notable destination is Mallorca, with every German base offering flights to the Spanish island between six and nine times weekly. It’s clear that Eurowings is anticipating Germans will make a swift getaway to the Mediterranean as soon as possible.

Is it too soon?

Eurowings is trying hard to draw customers in, offering guests a flexible booking policy which allows the following:

Furthermore, the airline has reduced the price of “over 30 attractive holiday destinations” by up to 25%.

However, a big question right now might be “is the airline resuming and encouraging non-essential flights too soon?”

According to CTV, outbreaks have cropped up as countries like South Korea and Germany have eased restrictions. In fact, health officials in Germany faced outbreaks at three slaughterhouses as restrictions were eased. Could opening up travel this quickly expose the country to subsequent waves of the virus?

There is no doubt that the German Government is monitoring the situation closely and will be ready to re-impose restrictions should it detect another travel-related outbreak. It is equally clear that airlines around the world, Eurowings included, are suffering greatly as a result of the virus.

Thus, striking a balance between the risk of a second wave, and restarting the economy will be the primary goal for many in the weeks to come.

Do you think May is too soon for the airline to resume such robust service across Germany, and to vacation spots like Mallorca? Or is it a risk worth taking? Let us know your thoughts in the comments.