Taron Egerton is due to face off with Paul Walter Hauser in the new show In With the Devil, a true-crime limited series based on the memoir by James Keene. Apple may pick up the six-part adaptation, which follows a young man who is offered a deal out of a ten-year prison sentence by coaxing a serial […] The post ‘In With the Devil’: Taron Egerton, Paul Walter Hauser Star in Apple TV+ True Crime Limited Series appeared first on /Film. 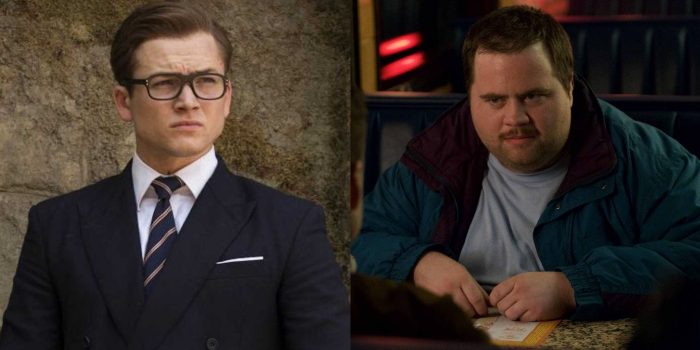 Taron Egerton is due to face off with Paul Walter Hauser in the new show In With the Devil, a true-crime limited series based on the memoir by James Keene. Apple may pick up the six-part adaptation, which follows a young man who is offered a deal out of a ten-year prison sentence by coaxing a serial killer into a confession.

Deadline reports that Apple TV+ is nearing a series order for In With the Devil, which is set to star Taron Egerton as author James Keene, whose astonishing true story demands a prestige-drama adaptation. Keene, once a promising football player headed for a pro career, ended up landing a decade-long prison sentence with no chance of parole, until he’s offered an unusual deal: coax a confession from a fellow prisoner named Larry Hall, who was suspected of abducting and killing a 15-year-old girl and at least 19 other women, and receive an unconditional release from prison.

Keene would end up publishing a memoir about the experience, In With the Devil: A Fallen Hero, a Serial Killer, and a Dangerous Bargain for Redemption, in 2010 with Hillel Levin. The book was a “hot property” when it was published, per Deadline, with Brad Pitt’s Plan B jumping to option it for the screen. At one point, it was considered as an HBO series in the mold of True Detective (which makes sense, considering the true-crime craze that followed that series), but the project fell through.

Now, In With the Devil is getting the prestige TV treatment from Apple Studios, which is producing. Dennis Lehane is scripting the six-hour adaptation and Michael R. Roskam (Racer and the Jailbird) is set to direct and executive produce.

Here is the synopsis for the memoir In With the Devil: A Fallen Hero, a Serial Killer, and a Dangerous Bargain for Redemption:

Jimmy Keene grew up outside of Chicago. Although he was the son of a policeman and rubbed shoulders with the city’s elite, he ended up on the wrong side of the law and was sentenced to ten years with no chance of parole.

Just a few months into his sentence, Keene was approached by the prosecutor who put him behind bars. He had convicted a man named Larry Hall for abducting and killing a fifteen-year-old. Although Hall was suspected of killing nineteen other young women, there was a chance he could still be released on appeal. If Keene could get him to confess to two murders, there would be no doubt about Hall’s guilt. In return, Keene would get an unconditional release from prison. But he could also get killed.

A story that gained national notoriety, this is Keene’s powerful tale of peril, violence, and redemption.

Egerton is an under-appreciated young star whose charisma almost singlehandedly propped up the uneven Kingsman movies (with the help of his character actor co-stars, of course), and should be a solid lead for this limited series. I do fear that Hauser is starting to get typecast as questionably shady characters since his breakout turn in I, Tonya, but he will definitely make a meal out of this role.

The series is set to shoot in New Orleans. Lehane and Egerton are also set to produce, while author Keene is also on board as an executive producer.

Superhero Bits: The Science of Superman’s Powers, Paul Bettany Picks a Side in America’s...

90 Day Fiancé: Why Usman Deserves a US Green Card | Screen...

‘Tigers Are Not Afraid’ Director Issa Lopez Will Helm ‘Our...