The Indian Space Research Organisation is preparing for their first mission of 2021 with a… The post India, Brazil readying for Amazônia-1 launch on PSLV rocket appeared first on NASASpaceFlight.com. 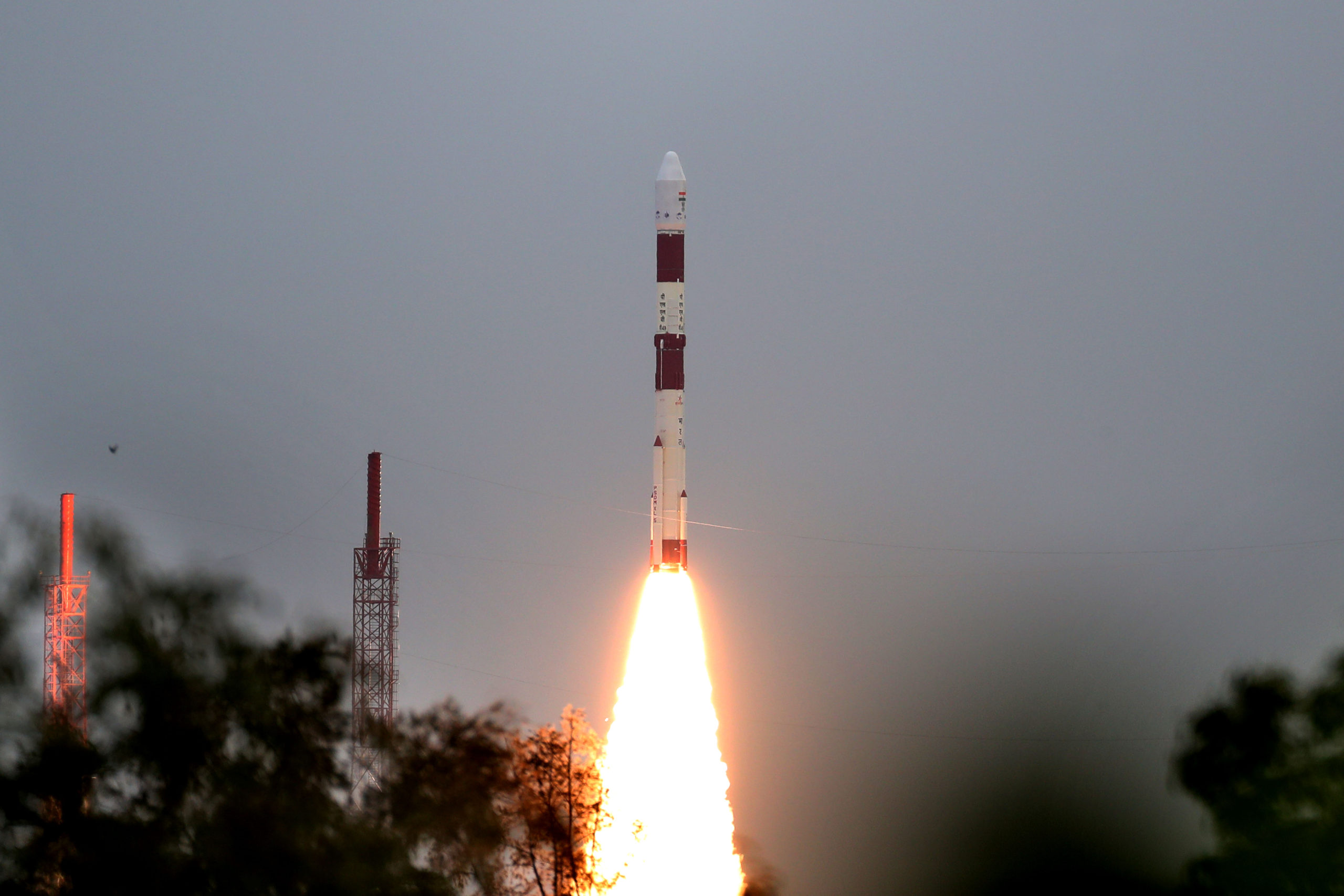 The Indian Space Research Organisation is preparing for their first mission of 2021 with a flight of their Polar Satellite Launch Vehicle (PSLV) to deliver Brazil’s Amazônia-1 satellite, along with 18 co-passengers, into Sun-synchronous orbit.

Amazônia-1 is the first Earth observation satellite designed, built, tested, and operated completely by Brazil and is the first of three such satellites planned by the National Institute of Space Research (INPE), a Brazil’s space research and exploration company.

The satellite’s long journey from conception to launch spans nearly 30 years, with the project’s precursor satellite, known as Satélite de Sensoriamento Remoto, or SSR-1, originating in the early 1990s.

Despite that design process, a contract to actually develop the satellite was not awarded until 2001 in connection to the development of the Multi-Mission Platform of satellite buses.  The project ended in 2005 but was later resurrected in January 2013 with the name Amazônia-1, with two other satellites planned.

Amazônia-1 is an Earth observation satellite and is equipped with an optical sighting wide imaging system consisting of a camera with three bands in the visible spectrum and one band in the near-infrared.  It carries an observational field of view of 850 km with 60 meter resolution, has a launch mass of 700 kg, and is designed to operate for four years. 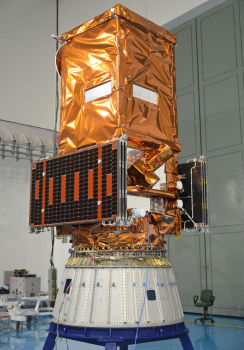 The Sun-synchronous orbit the PSLV rocket will deliver the satellite into will enable imaging of the same regions of Earth’s surface every four days, providing real-time monitoring of deforestation in the Amazon rainforest as well as new monitoring and tracking efforts around Brazil’s diversified agriculture.

“The deployment of Amazônia-1 will allow us to capture images and monitor the environment and agriculture throughout the Brazilian territory which will help us better understand the expansive terrestrial environment in the region,” said Adenilson Silva, mission lead for the satellite.
Given Amazônia-1’s relatively small mass compared to the PSLV rocket’s capability, additional upmass was available on the mission, with that space partially filled by 18 co-passengers, including 12 SpaceBEEs, SAI-1 Nanoconnect-2, Sindhu Netra, UNITYsat, and SDSat.

The SpaceBEEs satellites, developed by Swarm Technologies Inc., will be used for two-way satellite communication and data relay while the SAI-1 Nanoconnect-2 satellite, developed and funded by the Space Instrumentation Laboratory of the National University of Mexico, will examine the use of the GlobalStar satellite phone network as a secondary communication channel for nano-satellites.

Joining its other co-passengers is the UNITYSat mission — which itself contains the JITsat, GHRCESat, and SriShakthiSat satellites.  The trio of satellites will form an amateur radio and IoT (Internet of Things) service satellite.  The mission was developed by the Jeppiaar Institute of Technology, G. H. Raisoni College of Engineering, and the Sri Shakthi Institute of Engineering and Technology.

SDSat (Satish Dhawan Satellite), named after the Chairman and founding father of the Indian Space Program, was developed by SpaceKidz India to measure magnetic fields and space radiation.  The satellite also carries 25,000 names designed to create awareness and educate the general public about space sciences.

This will be the 53rd mission for the PSLV rocket and marks the first dedicated PSLV commercial mission for New Space India Limited, an Indian government company under the Department of Space and the commercial arm of the Indian Space Research Organisation.

INPE of Brazil themselves contracted Spaceflight Inc. to secure the rocket for this mission after its originally planned Brazilian launcher was cancelled.

Workers completed payload integration on 19 February followed by a launch rehearsal on the 25th.

Providing launch services for Amazônia-1 has been more challenging than initially planned as both Brazil and India grapple with significant effects from COVID-19, which meant Spaceflight’s senior mission management team having to spend more than 30 days in quarantine to finish readying the satellite for launch during the pandemic as well as handling transportation disruptions as airlines reduced flights.

Nevertheless, the teams were able to meet those challenges and finish preparations for launch.

The mission, also known as PSLV-C51, will use the DL variant of the rocket, which consists of the main solid propellant first stage augmented with two side mounted solid rocket boosters with 12 tonnes of propellant each. 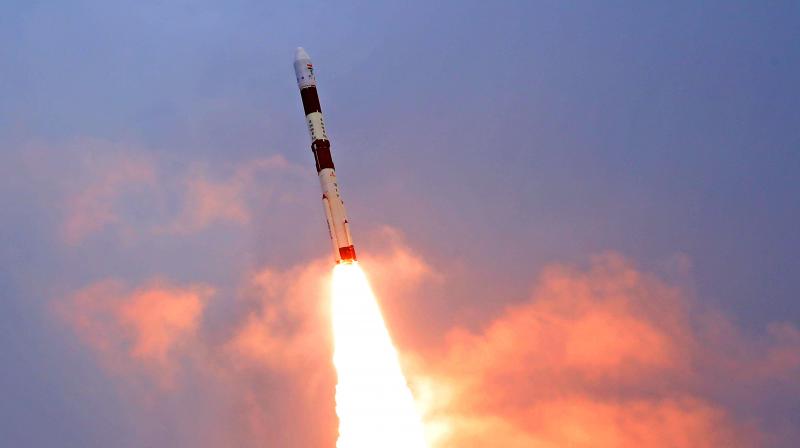 At T0, the first stage of PSLV, named PS1, will ignite, followed 420 milliseconds later by ignition of the two solid rocket boosters.

At T+1 minute 10 seconds, the solid rockets will burn out and separate.  This will be followed at T+1 minute 49 seconds by fuel depletion and separation of the first stage and ignition of the second stage, named PS2.

After separating the payload fairing, the second stage will shutdown and separate at T+4 minutes and 22 seconds, followed one second later by ignition of the solid propellant third stage, named PS3.

After third stage burn out, a brief coast will take place before the stage separates and the final stage, PS4, ignites at T+8 minutes 25 seconds to place the vehicle and payloads into their initial 760 km Sun-synchronous orbit inclined 98.4 degrees to the equator.

Amazônia-1 will separate at T+ 17 minutes 23 seconds.  This will be followed by the reignition of the PS4 stage at T+ 1 hour 1 minute 10 seconds and T+ 1 hour 49 minutes 52 seconds for two short burns to alter the orbit in preparation for co-passenger separation, which will occur over a five minute period beginning at T+ 1hour 51 minutes 32 seconds.

What’s Up in December 2020 – Skywatching Tips from NASA!Catch...