Virat Kohli's India bounced back from an opening defeat to win three in a row and book their meeting with New Zealand in the World Test Championship final at Lord's in June. 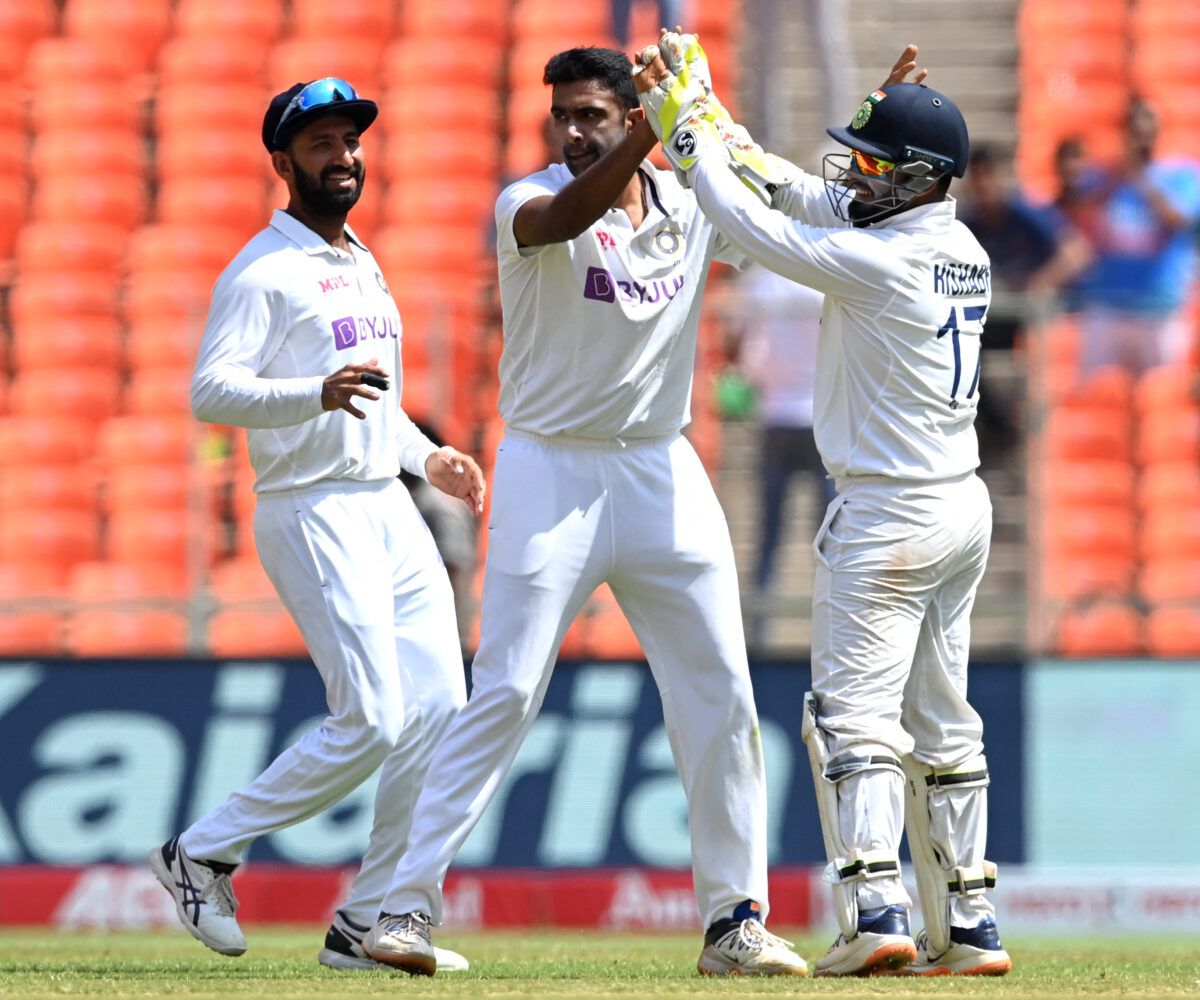 Spinners Ravichandran Ashwin and Axar Patel took five wickets each on Saturday as India crushed England inside three days of the fourth Test to seal their series 3-1.

Ashwin bowled Dan Lawrence for 50 as England were bowled out for 135 to complete an emphatic innings and 25 run victory in Ahmedabad.

Virat Kohli’s India bounced back from an opening defeat to win three in a row and book their meeting with New Zealand in the World Test Championship final at Lord’s in June.

It was another failure for Joe Root’s England, who suffered a drubbing after their two-day loss in the third Test of a series dominated by the spinning wickets.

Ashwin led the series bowling chart with 32 wickets followed by Patel, who played one game fewer, on 27. England spinner Jack Leach was third with 18 scalps.

This win was set up by wicketkeeper-batsman Rishabh Pant, who made 101 on day two, and Washington Sundar, who hit an unbeaten 96 as India made a commanding 365.

Pant scored his third Test ton in a 113-run stand with Sundar to lift India from a precarious 146-6 in response to England’s first innings total of 205.

Sundar kept up the attack as the final three wickets fell on Saturday morning but ran out of partners and remained four shy of his century.

England lost early and regular wickets to go down tamely in 54.5 overs.

Ashwin struck twice on successive balls to send back Zak Crawley for five and Jonny Bairstow for nought. It was Bairstow’s third duck in four innings.

Patel got opener Dom Sibley for three and then Ben Stokes for two after the left-hand batsman miscued a sweep and was caught at leg gully by Kohli.

Ashwin took the prized scalp of skipper Joe Root for 30 to virtually end England’s hopes. The visitors have scored more than 200 just once in their last six innings.

England fast bowler James Anderson made an impression with his three wickets and 14 maidens in 25 overs.

Root stood tall for England as he topped the batting chart with 368 runs including 218 the opening Test — his 100th — that England won convincingly.

Serena Williams ‘so proud’ of Meghan after Oprah interview

Procrastination: How to beat the thief of time

Watch: Meghan Markle reads to son Archie for his birthday...