India’s TruJet is eying a massive order for 54 Airbus A220s and 54 Embraer E190-E2s. The expansion follows… 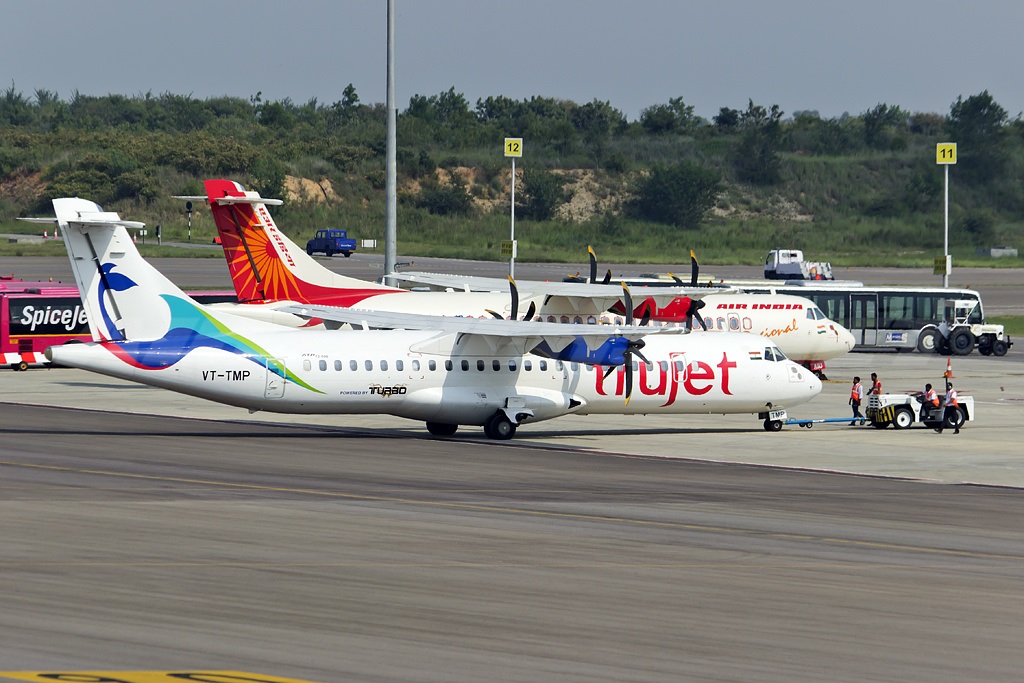 India’s TruJet is eying a massive order for 54 Airbus A220s and 54 Embraer E190-E2s. The expansion follows investment fund Interups’ 49% purchase of the airline and plans to invest nearly $1.9 billion. With a fleet expansion coming soon, could India be looking at its newest major airline? Let’s find out more.

According to Moneycontrol, TruJet’s new 49% stakeholder Interups has huge plans for the Hyderabad-based regional carrier. The New York-based investment fund has allocated $1.89bn towards growing the airlines, which it plans to invest over three years. The expansion will see TruJet increase its domestic destinations, start international flights, enter the cargo market, and more.

Perhaps the most important part of the plan is TruJet’s new aircraft order. Interups Chairman Laxmi Prasad has said that the airline will sign an order for 54 A220s (variant unknown) and 54 E190-E2s. This order could come as soon as the end of April or slightly later, with deliveries starting soon after.

Considering many airlines have been deferring deliveries, Prasad is confident that TruJet will get its new fleet soon. In a statement about the order, he said,

“Airbus and Embraer have already identified some aircraft. And with the addition of these, it will take us to 21 almost immediately…Embraer will supply three aircraft every two months. The arrangement with Airbus will see one aircraft coming in every 1.5 months, or a maximum of nine planes a year. So, it may take about six years for the Airbus order to be delivered, lower for Embraer.”

You might be forgiven for not knowing much about TruJet. The carrier has a market share of 0.6% and mainly operates regional services in South and Central India. While the airline does fly services to major airports like Bangalore, Hyderabad, and Mumbai, it also focuses on connecting smaller cities under the UDAN-RCS program.

However, the investment from Interups, if all goes to plan, will elevate TruJet to a major Indian carrier, alongside the likes of GoAir, Vistara, and AirAsia. The airline’s fleet could quickly reach and surpassed the airlines mentioned, boosting its presence across India.

Since TruJet was founded in 2013, it can also apply to fly international as soon as it acquires 20 aircraft. The Indian government requires all airlines to have operated domestically for five years and have a fleet of 20 plans (5/20 rule) before flying internationally.

To oversee TruJet’s transformation and expansion, Interups will rejig the management team with two new members. The firm intends to add the ex-CEO and Technology Lead of Indian Airlines (which merged with Air India) to the carrier’s management soon.

Despite all the changes at the airline, its base will remain in Hyderabad. Laxmi Prasad has said that he expects his hometown to become a major aviation hub and house nearly 100 aircraft soon.

If Interups sounds like a recent name in aviation, you aren’t wrong. The investment firm previously planned to bid for Air India along with the airline’s employees. However, the group decided to withdraw the bid after potential issues with two employee unions bidding. With $1.9bn still allocated for Air India, Interups opted to put the money into TruJet instead.

What do you think about the future of TruJet? Could it become a major player soon? Let us know in the comments!