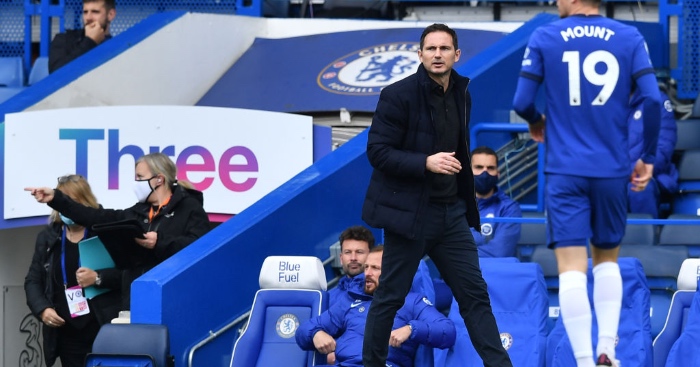 Chelsea manager Frank Lampard thinks his players’ ‘individual mistakes’ are giving other teams chances to beat them, after they

The Blues got off to a good start at Stamford Bridge as a result of two goals from new forward Timo Werner. The pacy German scored in the 15th-minute and then the 28th-minute to give them a reasonable lead.

Southampton and England striker Danny Ings scored just before half time to get his side back into the game.

In the second half, playmaker Kai Havertz scored in the 59th-minute to put the Blues ahead. Late pressure from the visitors paid off in the final few minutes though as Jannik Vestergaard equalised dramatically.

Speaking about the dropped points, Lampard told BBC Sport: “You go two goals up you want to finish it off. It was the best we’ve played this season for sure at this stage. But Southampton are a good side. They put pressure on us off the ball. They put us under pressure after the first goal.

“My message at half-time was that the goal shouldn’t change too much. We never got to the same levels in the second half. We can do better.

“They are great goals. The second in terms of the team was class but it is a lot to do by Timo [Werner]. Those moments will come from him and other players. But we need to be more solid and making individual mistakes gives other teams chances.”

When asked about the amount of goals in the Premier League so far, he said: “We are seeing lots of goals across the league and no manager is happy. I don’t know why it is. There are attacking players in this league and maybe pre-season and lack of working time plays a part. But we have to get better at it.”

Liverpool ask for VAR explanation after controversy at Everton

Solskjaer urges Man Utd players to ‘look at ourselves’