Inside The Airbus Flying Doughnut Patent

Among the thousands of patent applications filed by Airbus, there are occasionally some that stand out. The ‘flying… 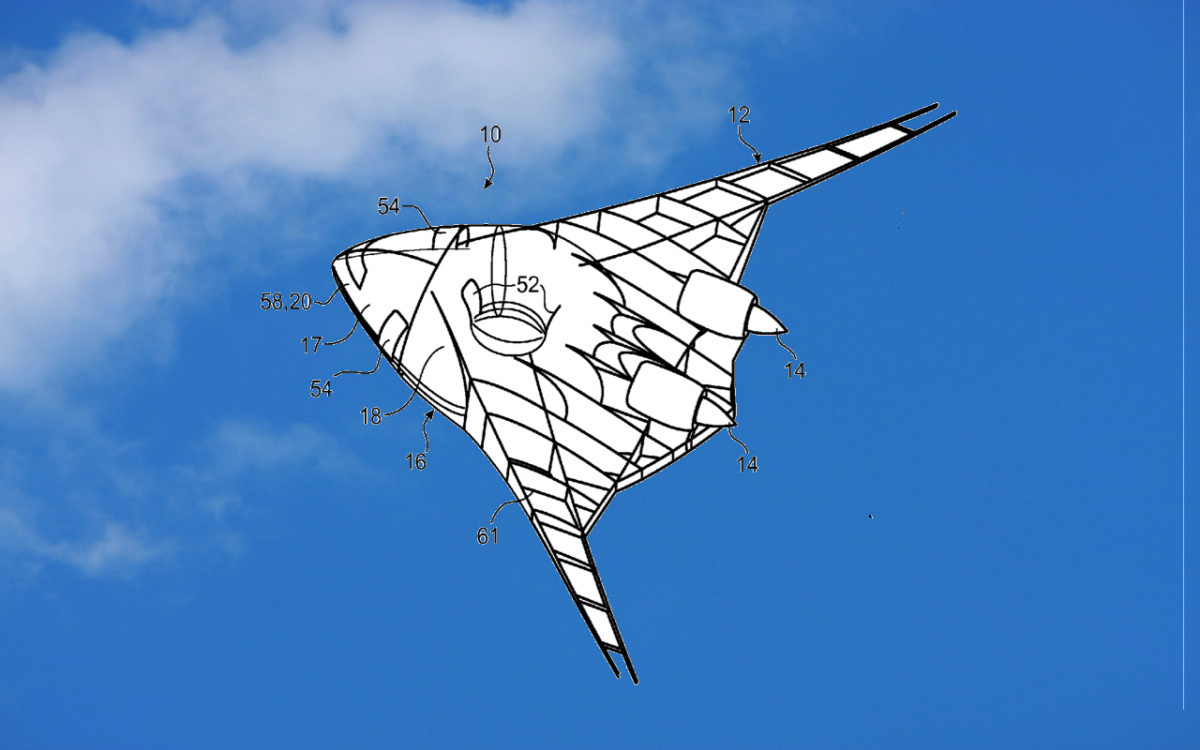 Among the thousands of patent applications filed by Airbus, there are occasionally some that stand out. The ‘flying donut’ is one such design. This flying wing-shaped aircraft would feature a spheroid passenger cabin, with a void in the middle for boarding and disembarkation.

Airbus files a huge number of patents, from simple tweaks to avionics to ground-breaking aircraft concepts. According to the planemaker, it spends some €3.5 billion a year on research and development and holds 37,000 patents worldwide. While some of these inventions go on to shape the future of aviation, many never see the light of day.

However, that doesn’t mean they’re not incredibly interesting to dive into. One, in particular, caught our eye; a filing from back in 2014, which Airbus titled “Aircraft Including A Passenger Cabin Extending Around A Space Defined Outside The Cabin And Inside the Aircraft.”

We think a much catchier name is the ‘Flying Donut.’

What on Earth is the ‘flying donut’?

Filed as a patent to the European and US Patent Offices in 2014, the flying donut breaks all the rules for what an aircraft should look like. In a move that has a distinctly sci-fi air to it, Airbus patented a design for a very short aircraft, where passengers are seated in a circle around a hole in the middle. Flying saucer would not be a million miles away from what they were conceiving.

The flying donut is essentially a pair of wings with a spheroid compartment in the middle. The compartment would house the passenger cabin, with passengers seated in a circle around a central ‘hole.’ This arrangement would make for some interesting food and beverage services onboard for sure.

But it’s not just the seating arrangement that’s different in the donut. Boarding would be unusual, too, with passengers entering through the ‘hole’ in the donut’s middle. Drawings in the patent suggest stairs descending from the middle of the cabin to the ground. In the application, Airbus suggested these would be escalators, which descended beneath the ground to pick passengers up from a waiting area.

In a different drawing, Airbus described how an elevator could be used as an alternative to load passengers.

Why did Airbus think this could work?

In the patent application, the aerospace company said that the flying donut would address some problems specific to the common, pencil-shaped design of aircraft today. It noted that, while cylindrical aircraft are good at containing the stresses caused by the pressurized cabin, the tremendous forces on the front and back end of the cylinder means heavy reinforcement is required.

By removing the longitudinal passenger cabin, Airbus said this would remove these pinch points of stress, and “…provide a simple, economic and efficient solution to these problems, or at least partially overcome the … disadvantages,”

The design is not wholly inconceivable. For many years, aircraft designers have believed a simple flying wing could be the answer to more efficient flight, but then there’s the problem of where to seat the passengers. Concepts like the ‘Flying V’ and Airbus’ MAVERIC have attempted to challenge this conundrum, although nothing has made it past the drawing board yet.

A major hurdle to any significant overhaul of aircraft design is the resulting changes required for airports to handle the new vessels. That’s why, as much as these concepts are interesting to review, we’re unlikely to see anything quite so earthshattering anytime soon. Airbus itself admitted to the Financial Times,

“This is not something that’s currently under active development.”

Should Airlines Use The Pandemic To Focus On Their Environmental...