International Travel Could Return Sooner Than Domestic For Australians 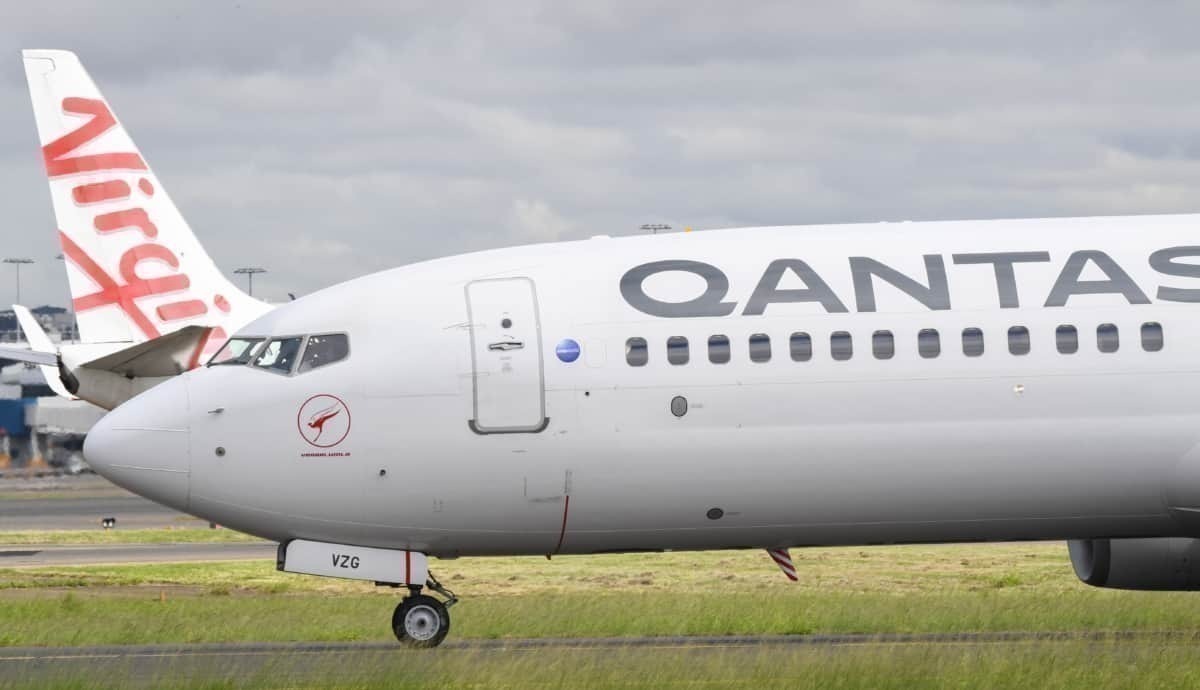 There’s a chance that it will soon be easier to fly from Sydney to Auckland than Sydney to Brisbane. An ugly spat is developing between Australia’s federal politicians and state politicians.  Five of Australia’s eight states and territories are refusing to open their borders to interstate travel, citing health concerns. It comes amid a concerted push at the federal level to get people moving again and reignite the economy as the COVID-19 emergency eases in Australia.

The decision to close interstate borders was taken by each state’s premiers (the local equivalent of US state governors). It was never encouraged by Australia’s federal government. Now, with infection rates low and under control, the federal government is keen to get people moving, with interstate and some international borders open.

Fly to Auckland before you can fly to Queensland?

“It may well be that Sydneysiders can fly to Auckland before they can fly to Perth, or even the Gold Coast, for that matter,” the PM told the National Press Club in Canberra yesterday.

Talks are underway between Australia and New Zealand to allow travel between the two countries, in what’s being styled as a ‘travel bubble’. Several Pacific Islands are also keen to get into the bubble.

“I was speaking with (New Zealand’s) Prime Minister Ardern this morning, and we’ll continue to have our discussions about the trans-Tasman safe travel zone.”

It could lead to the absurd situation where travel to New Zealand is okayed (and vice versa), but parts of Australia remain closed off to other Australians.

State premiers likely to buckle and toe the line

But pressure is building on the recalcitrant state premiers from both within their states and outside it. In the absence of any real health concerns, interstate borders closures are increasingly seen as a politically expedient ploy at the expense of local businesses and broader economic concerns. Annastacia Palaszczuk is being accused of putting her short-term electoral interests ahead of Queensland’s interests.

There are also moves to mount a challenge to the interstate border closures in Australia’s High Court. There are suggestions the closures are unconstitutional.

That will be good news for local airlines

Despite resistance, the tide is slowly swinging towards opening borders. That’s good news for local tourist industries and airlines. New Zealand is desperate to lure Aussie snow bunnies across to Queenstown for the busy upcoming ski season. Likewise, crippled tourism operators in North Queensland are crying out for business.

Both Qantas and Virgin Australia have indicated they will put additional capacity onto their barebones domestic schedules as soon as demand warrants it. Qantas, in particular, has been promoting domestic tourism and what passengers can expect in-flight in a heightened COVID-19 aware era. The opening of interstate and some international borders would also give a re-booted Virgin Australia the best possible chance of succeeding.

Scott Morrison’s dramatic scenario is unlikely to play out. Impending court challenges and real-life pressures will probably see most interstate borders re-open within weeks. That will be music to the ears of airlines and hotels. For lockdown weary travelers, that will mean a choice of snow in Queenstown or warm water in North Queensland.

Air Canada Takes Delivery Of Its 5th Airbus A220 Amid COVID

Air Canada Takes Delivery Of Its 5th Airbus A220 Amid COVID

On Saturday, May 23rd, Air Canada took delivery of its fifth Airbus A220 aircraft. The plane, C-GJXW, has… 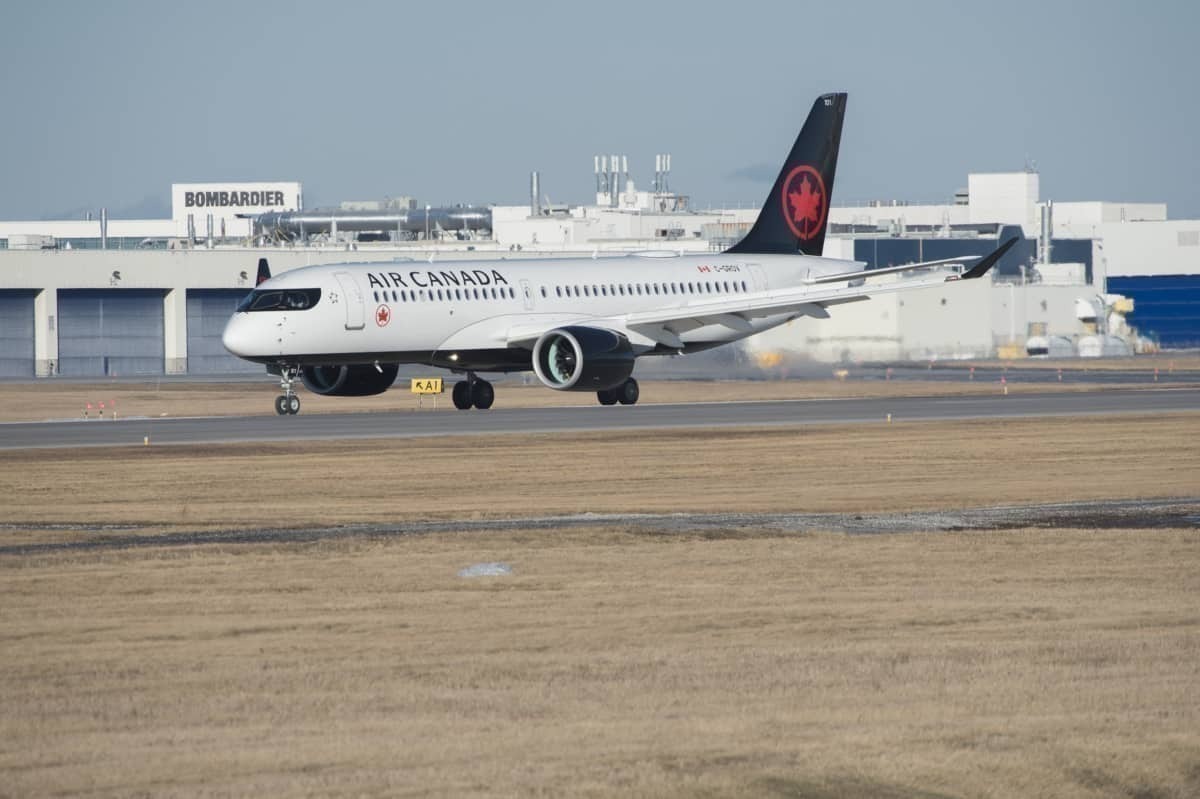 On Saturday, May 23rd, Air Canada took delivery of its fifth Airbus A220 aircraft. The plane, C-GJXW, has already entered domestic passenger service with flights in the coming days between Toronto and Calgary.

According to data from Planespotters, C-GJXW is the latest Airbus A220 delivery and the first in over two months. The A220-300 joins a fleet of four other new A220s flying for Air Canada. The first of these jets arrived in December of last year.

After arriving in Toronto from the Mirabel facility in Montreal, the aircraft entered revenue passenger service between Toronto and Calgary according to tracking data from Flightradar24. As Air Canada ramps up its flight schedules, expect more routes to receive service on the flag carrier’s newest plane.

The five A220s flying for Air Canada currently are registered as:

None of Air Canada’s A220s are stored. However, these aircraft are not operating robust flight schedules. In the current downturn, you can find them flying on routes from Toronto to Calgary and Edmonton.

The aircraft can seat a total of 137 people in a two-class configuration. There are 12 Business Class seats in a 2-2 configuration and 125 Economy seats in a 2-3 layout. Compared to other narrowbody jets like the Boeing 737 or A320, this A220 has fewer middle seats per row. Not to mention, the 19-inch wide Economy Class seats are the widest in Air Canada’s fleet giving passengers a little more room.

All seats have personal, on-demand entertainment through seatback screens. The airline has also offered passengers power outlets and USB ports for charging up devices.

The A220 has been a gamechanger during this pandemic

There are few airlines that have the A220 in their fleet and are not flying them right now. This is becoming a very popular jet despite double-digit declines in passenger numbers.

Delta Air Lines has still been flying its A220s. airBaltic is resuming operations as an all-A220 airline. And, Air Canada’s A220s are all still flying as well. This is because of the aircraft’s size. It is small and very efficient. Carriers, including Air Canada, have put it on all kinds of short- and medium-haul services. And, with lower fuel-burn, it is helping airlines save some much-needed cash. The aircraft is such an attractive option for Air Canada that the airline has secured financing commitments for upcoming A220s.

Have you had a chance to fly on this brand new Airbus A220? Let us know in the comments!

Could Latin American LCCs Have The Most To Gain From COVID?