IPL 2021: Abhishek Sharma Has Ability To Become A Future All Rounder Of India, Says Rashid Khan 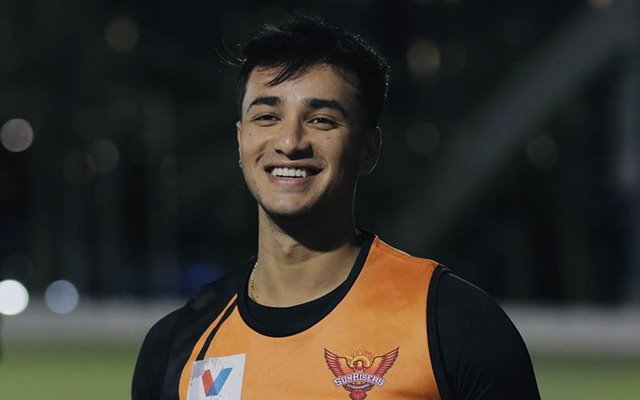 Rashid Khan, SunRisers Hyderabad spinner believes that Abhishek Sharma will become a proper all-rounder for India in the future.

A dominating bowling effort from Khaleel Ahmed and Abhishek Sharma had helped SRH restrict Punjab Kings to a paltry 120 in 19.4 overs on Wednesday at the MA Chidambaram Stadium in Chennai.

Rashid Khan: Abhishek Sharma Will Become A Proper All-Rounder For India In The Future

In response, SRH (121/1) chased down the target with eight balls to spare thanks to a fine batting performance by Jonny Bairstow.

“You will become a proper all-rounder for India in the future who will a lot of matches for his side. You have a lot of ability. If you work hard, you will get success,” Rashid told Abhishek Sharma in a video posted on the official website of IPL.

Talking about his own performance, Abhishek told Rashid: “I was practicing my bowling a lot. Suddenly, when we were in our huddle before the match against Punjab Kings, skipper David Warner told me that you are going to bowl the first over.

“I did not hear it nicely so confirmed it once again. I asked you a lot about this role, I was also confident of doing the job for our team.”

“During the lockdown, we were at home. My father is my childhood coach, he was a left-arm spinner so I have learned a lot from him during the lockdown. The variation like slider, I learned that.

“I had the confidence of implementing in the game. I think I can bowl this ball at any stage of the game,” he added.

In the match against Punjab Kings, Abhishek Sharma returned with figures of 2-24 from his four overs. This win was Hyderabad’s first win in the ongoing season of the IPL. Rashid Khan is the leading wicket-taker of SRH with 5 scalps in 4 games averaging 16.2 and once again having the best bowling economy rate of 5.06.

Jonny Bairstow hit an unbeaten 63 and David Warner slammed a run-a-ball 37 as Sunrisers Hyderabad chased down a 121-run target in 18.4 overs against Punjab Kings.

Fast bowler Khaleel Ahmed led an impressive bowling effort before Jonny Bairstow smashed an unbeaten fifty as Sunrisers Hyderabad snapped their three-match losing streak with a convincing nine-wicket win over Punjab Kings in an IPL match no. 14 on Wednesday.

For Punjab, the likes of in-form (4) and Nicholas Pooran(0) failed, and in fact, apart from opener Mayank Agarwal and Shahrukh Khan (both 22), none could score more than 20 runs. They lost half their side for 63 and never recovered and lost the last 4 wickets adding only 19 runs.

Adam Gilchrist Names Two Stars In The Indian Team Who Had...

IPL 2020: Virat Kohli details why he would never leave...

Famous For First-Class Not Tests For India: Wasim Jaffer