An ingenious Iron Man fan created a replica of the hero's suit using only scrapped carton boxes, and it looks impressively accurate. 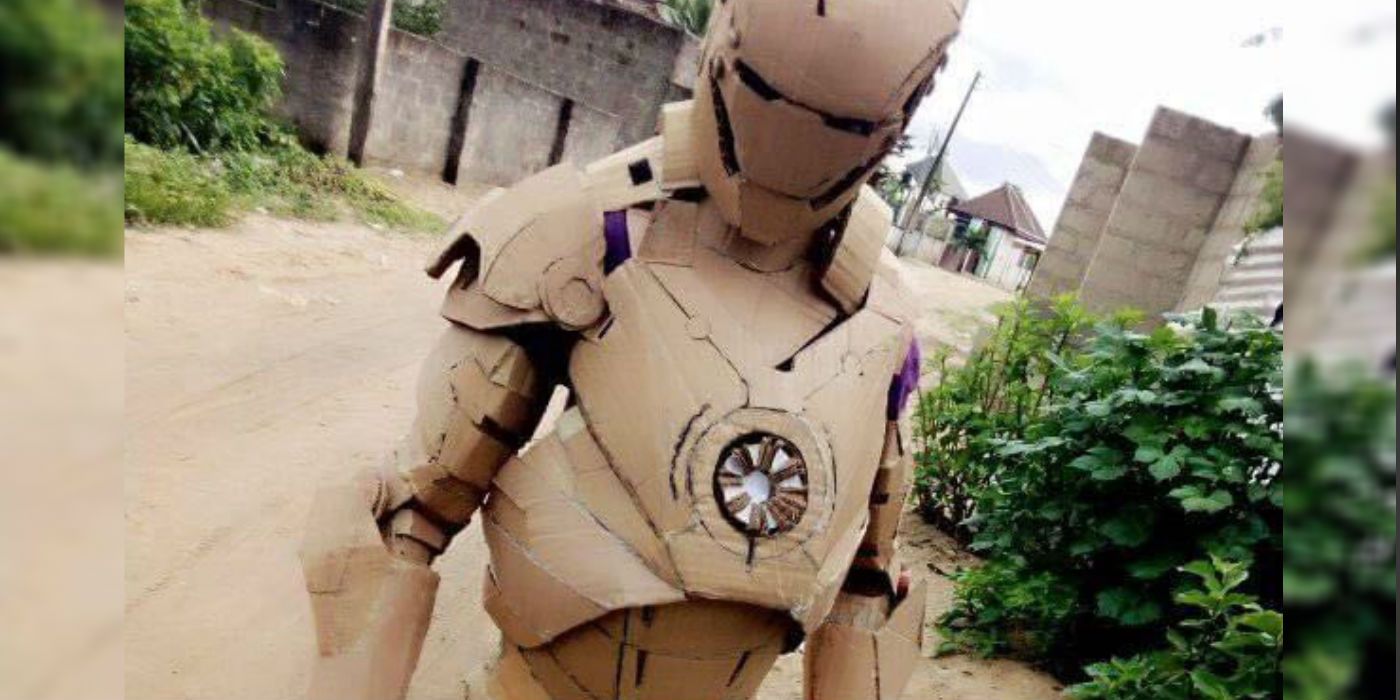 One Marvel fan has created an impressive  suit using only discarded carton boxes. It's been more than a year since the genius billionaire wrapped up his Marvel Cinematic Universe journey in Avengers: Endgame. Despite that, Tony Stark has left an indelible imprint on pop culture. Even 12 years after he first debuted on the big screen, people are still fascinated by his armor.

Tony created the Mark I out of desperation; he was holed up in a cave in Afghanistan, kidnapped by the Ten Rings. Thanks to the help of the brilliant surgeon Ho Yinsen (Shaun Toub), he was able to escape and turn his rather selfish life around. As an innovator, Tony continued to tinker with his technology over the years, regularly updating it as a precautionary measure for his next outing as Iron Man. As Marvel Studios churned out various Mark iterations, people's interest in even the tiniest details of his armor increased. Iron Man may no longer be in the present-day MCU, but that doesn't mean fans have lost interest in his suits.

Related: Every Marvel Character Who Has Worn Iron Man Armor In The MCU So Far

Case in point are the string of cosplayers donning different versions of the Iron Man armor, often created on their own. The latest example comes from a young Nigerian teen, Praise Kelechi, who brilliantly created his replica by only using carton boxes. The result is impressively detailed and accurate to what's seen in the comics and movies:

As Marvel Studios move forward without its inaugural hero, things will look and feel different in the MCU from here on out. Much of the tried and tested formula of the franchise's movies came from the first Iron Man — including Tony's signature quippy dialogue. Interestingly, out of all the original six Avengers, only Iron Man does not have a clear replacement. Steve Rogers (Chris Evans) has passed on the Captain America mantle to Sam Wilson (Anthony Mackie), Yelena Belova (Florence Pugh) will be the next Black Widow, while Jane Foster (Natalie Portman) will be Mighty Thor. Hulk and Hawkeye are in a similar boat with the upcoming introductions of She-Hulk and Kate Bishop.

It's understandable Marvel Studios isn't rushing to replace its inaugural hero. After all, there's a string of other characters to focus on in the meantime, especially after regaining access to the X-Men and Fantastic Four. This means it could be a little while before moviegoers see another version of the high-tech armor flying around the MCU. However, this clearly won't stop talented fans like this one from creating their own versions of the iconic Iron Man costume.

Xbox Made a Song About Game Pass, & We're Not Sure If We Love Or Hate It

Will Rick and Morty be Delayed Because of Solar Opposites?