When Tony Stark is resurrected in a new body, he needs a new suit of armor to go with it. 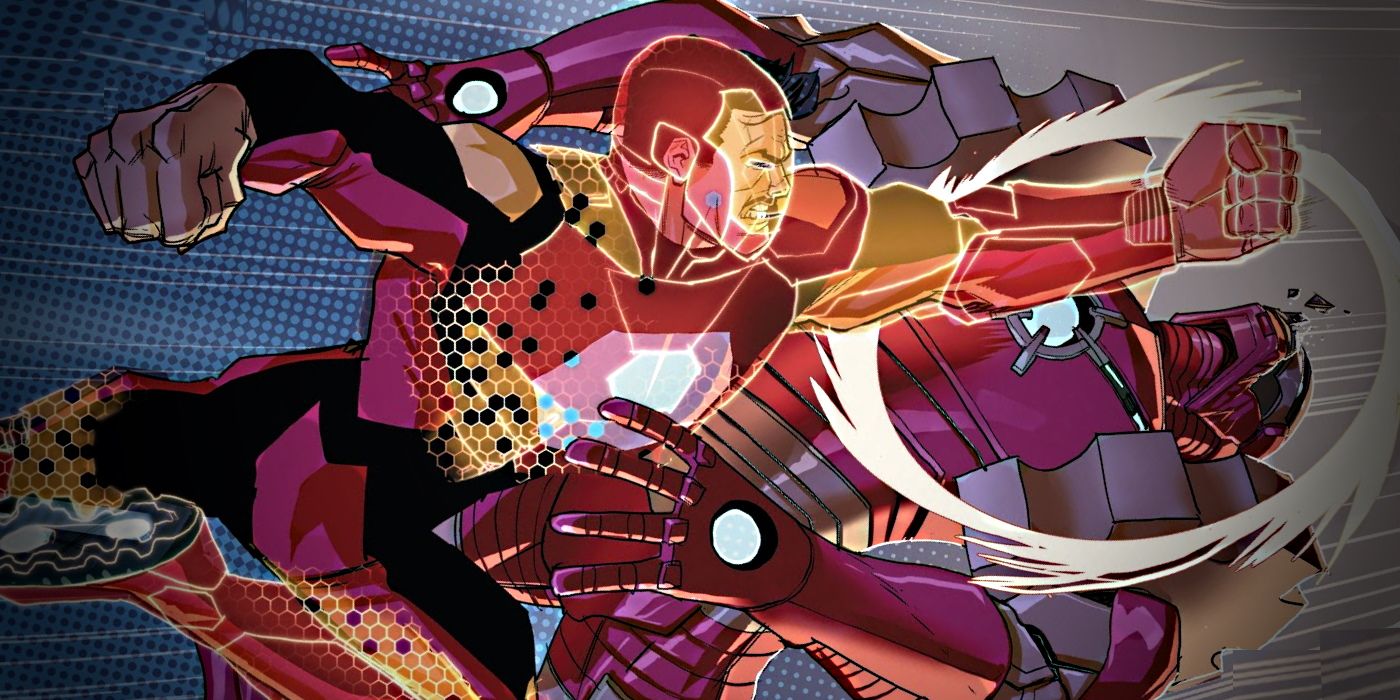 Tony Stark just gave himself his most advanced Iron Man suit upgrade to date, surpassing any other mark he has created. Taking a page out of the DC hero Green Lantern's book, it is only limited by his imagination. And with a genius intellect like Tony's, the suit's power truly is limitless.

As comic fans know, Tony Stark is constantly improving on previous designs, building a lineage starting with the original Mark 1 armor, and leading to the modern day Godbuster armor design built and worn within the virtual eScape. But after a showdown with his A.I.-hating brother Arno Stark left Tony dead, he is elevating his game... by becoming his own living experiment as an A.I. construct of Tony Stark in an artificial body. Now, he's back to finish the fight with a suit of armor most fans couldn't even imagine.

On the digital '13th floor' where Tony has been leading his robotic uprising against Arno, the former Iron Man has been busy. After Tony's trusty A.I. Friday convinced him that he truly is the original Stark, and not merely a simulation, Tony has prepared for the final battle against his brother Arno. With the help of his friends (human and A.I. alike), those loyal to Tony grew a new body replacing artificial cells with his actual DNA, making this the real deal. Meanwhile, Tony and Friday have constructed a new armor within the virtual world. As he transfers his new consciousness to the body, Tony is already bragging about the genius of his new armor... while those looking on merely see the man.

An overconfident Arno sees Tony approaching and unleashes an onslaught of firepower, holding nothing back just because his brother "forgot his suit at home." But that's exactly what Tony has planned--and the exact moment he chooses to reveal the genius of his new suit. Even when Tony creates the most cutting-edge armor upgrades, he knows they are obsolete even before he is finishes building them. So to solve the problem, Tony's new armor is truly the next stage in evolution of Iron Man armor. With no physical fabrication to rely on, the new limit is merely the imagination of the man inside the suit.

Unfortunately, as Tony lays the beatdown on Arno to prove his suit's superiority, they are interrupted by the approaching catalyst event that Arno has foolishly been preparing for: The Singularity, which wants to consume all technology and organics and combine them into one being. Time is up, and readers can only guess how Arno and Tony will be able to team up against this threat. With his powerful new suit, hopefully Tony can be creative enough to defeat the Singularity. There's no telling what is next for Iron Man now that he is back, but here's hoping his new suit sticks around for a while.

Iron Man 2020 #5 is available now at your local comic book store, or direct from Marvel Comics.

Next: Every Iron Man Replacement Marvel Has Already Introduced

Ryan Reynolds Should Do Green Lantern 2 Before Deadpool...