Is Fujifilm’s Color Science Really as Good as They Say?

One of the most common arguments that I hear in favor of Fujifilm cameras is about how great its color science is. I frequently hear about how Fujifilm camera produces the best colors and unfortunately this is not a sentiment I can co-sign. As much as I love Fujifilm cameras, I believe the colors they […] 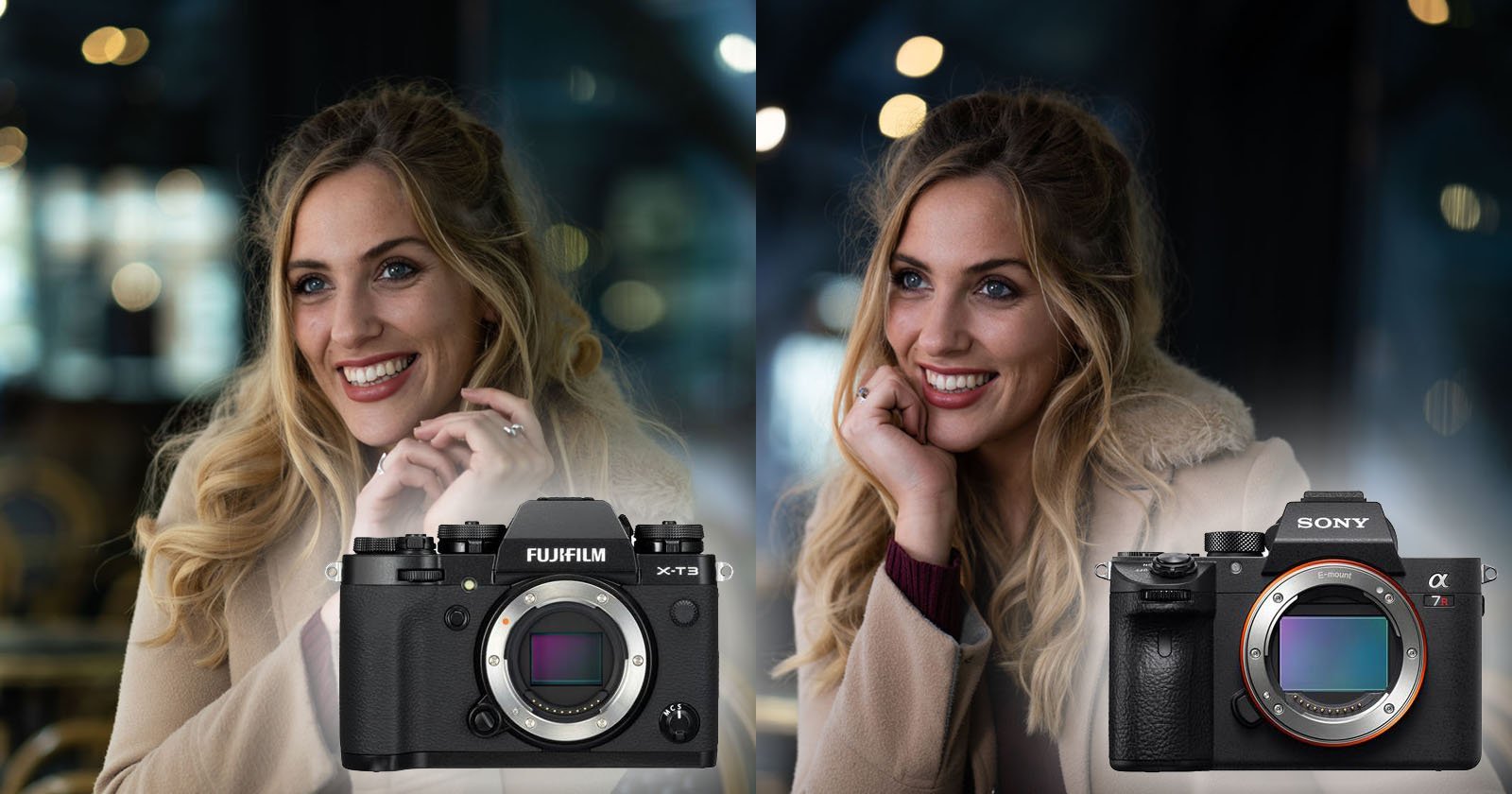 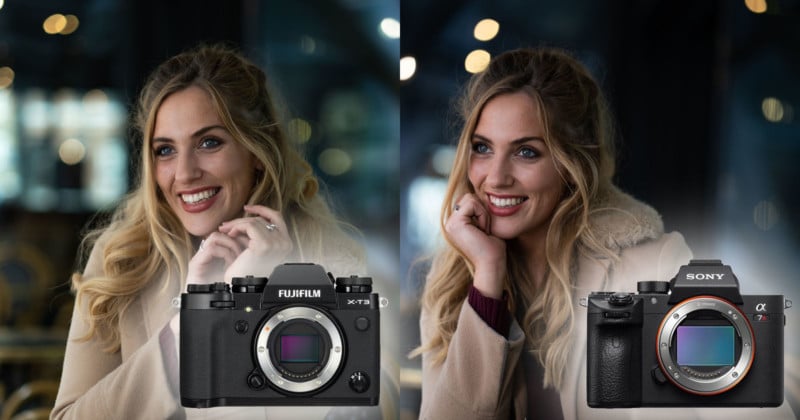 One of the most common arguments that I hear in favor of Fujifilm cameras is about how great its color science is. I frequently hear about how Fujifilm camera produces the best colors and unfortunately this is not a sentiment I can co-sign. As much as I love Fujifilm cameras, I believe the colors they produce require some adjustment.

The Fujifilm X-T2 was one of the most exciting mirrorless cameras to be released in its time. The higher resolution sensor, improved autofocus, and video features made it a brilliant option for many photographers. The grip system was a little controversial, although for most people it wasn’t a major problem.

The main issue I faced with this camera was the colors. The X-T2 would produce images that leaned far too much into the magentas. This was made even more noticeable once the Fujifilm X-T3 was released with its improved color science.

The above image was taken in a controlled scenario with the same lens and lighting. The X-T3 produced better-looking color in comparison to the older model which seems to indicate that Fujifilm recognized this as something to improve. However, as much as the X-T3 improved over its predecessor, it still produces colors that somewhat ugly and uninspiring.

I cannot decide which camera manufacturer has worse color, Fujifilm or Sony. Both cameras produce great images, but colors from either camera are pretty poor. Sony tends to produce odd colors, especially in skin tones and Fujifilm images tend to look a little lacking and ugly.

The two images above were processed in Lightroom and the Fujifilm colors look rather ugly. The green tones that have seeped into the image just take away from the overall feel. The Sony image actually looks better, and Sony isn’t known for having great color.

Capture One seems to a common defense for Fujifilm files. Unfortunately, even Capture One can’t fix all of the color issues that Fujifilm images have. The image comparison above once again shows how images from the Fujifilm are slightly bland and less interesting. This is especially the case in the red tones found in Danielle’s jumper. The Sony looks more vibrant and more interesting.

Fujifilm does have more color profiles available, but they seem to overdo it in the other direction. Velvia for instance is far too harsh with the color and contrast. It is as though the vibrance slider was pushed by someone just starting out in photography.

This is where things start to get a little more interesting. Canon is generally known for being a company that produces cameras with great-looking color. In many instances this is true, Canon does a fantastic job at not only producing great-looking color but also relatively accurate color.

In the comparison above, both images were shot around the same time and with flash. Daylight white balance was selected for both cameras and raw files were processed in Capture One. The Fujifilm image looks odd with its magenta shift and colder overall tone. The sunlight on the home behind the subject looks dull and far too cold. Skin tones look unnatural and the image overall is somewhat ugly due to the color.

Canon on the other hand looks far better. Skin tones and colors look like what you’d expect around late afternoon.

Fortunately, there is a way to fix the color issues from Fujifilm cameras.

1. Create a custom ICC profile using the ColorChecker Digital SG in Capture One via Lumariver. software.

2. Convert the file you’re working on in Capture One to a DNG file.

3. Import the DNG back into Capture One.

4. Apply the custom ICC profile you created, and you have an expensive and cumbersome fix.

Once you apply a custom profile to the GFX file, it looks noticeably better than Canon. It also moves into the direction that Canon originally took with its straight out of camera color.

Up until now, all of the points I’ve made about Fujifilm colors could be described as personal preference and subjective. To challenge this, we have another comparison below. The images we’re looking at were taken on the Fujifilm GFX 100 with the 120mm f/4.0 Macro. Both images were taken with the same lighting and camera settings. Both images were processed in exactly the same way in Capture One and both files have noticeably different colors.

The difference between both images is that one was a single shot from the GFX 100 and the other a pixel shift image. The colors in the single-shot image are predominantly interpolated and through that guesswork, Fujifilm has produced a magenta-shifted image that is not accurate. Once you take that interpolation out of the equation via pixel shift features, you can see the difference. We now have an objective point about the colors that Fujifilm cameras produce.

Essentially, Fujifilm is saying that the original colors in the single-shot image are incorrect and it should actually look like ‘this’. Of course, some could argue that is the benefit of pixel shift. However, when you shoot with cameras like the Hasselblad H6D 400c, the difference in color isn’t anywhere as significant. This is because the Hasselblad starts off with much better colors even in its single-shot files. This is similar across the board with all of its cameras.

The reason for this article is not to critique Fujifilm without any purpose. The reason is to highlight some of the problems with the hopes that Fujifilm provides better color profiles in the future. As a company, Fujifilm listens to its customers. It is for this reason I feel comfortable pointing out any potential issues because the company has a great relationship with its customer base.

Fujifilm has produced some of the most incredible cameras currently on the market. The GFX 100S is a perfect example of this. I believe that with a few adjustments to its color algorithms, Fujifilm could become the best high-end camera system on the market.

About the author: Usman Dawood is the lead photographer of Sonder Creative, an architectural and interior photography company. The opinions expressed in this article are solely those of the author. You can find more of Dawood’s work on his website, Instagram, and YouTube.

Canon Has Officially Stopped Using the Terms ‘Master’ and...

2020 Pulitzer Prizes Won by Photos of Protests in Hong...

Canon: Orders for the EOS R5 and R6 ‘Exceed Expectations,’...