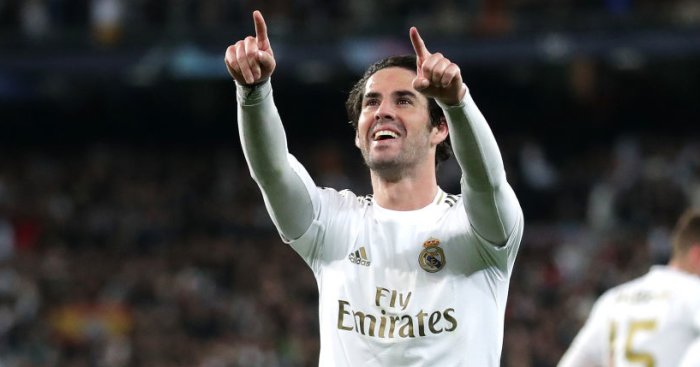 Isco’s agent and father Paco Alarcon says his son “wants to try another league” amid links to Arsenal and Manchester City.

Isco has seen his game time reduced under Zinedine Zidane and Alarcon has confirmed the 28-yaer-old is ready to move on in January.

He told El Larguero (via TEAMtalk): “Right now we have not received offers, but he wants to try another league.”

MAILBOX: The Muzzy Izzet stat that proves De Bruyne is nothing special

Earlier this week El Confidencial (via Sport Witness) claimed the “love story” between Isco and Real Madrid “seems to be coming to an end”.

Isco has made over 200 appearances for Madrid since his €30m move from Malaga in 2013, but he’s made just seven La Liga appearances this season, with four of those coming from the bench.

However, a move in January is not a must for Isco and he could still revaluate his future in the summer.

Alarcon added: “Staying [until the summer] would not be a problem.”