It Will Be Extra Special To Walk Out For The Toss With MS Dhoni, Says Rishabh Pant 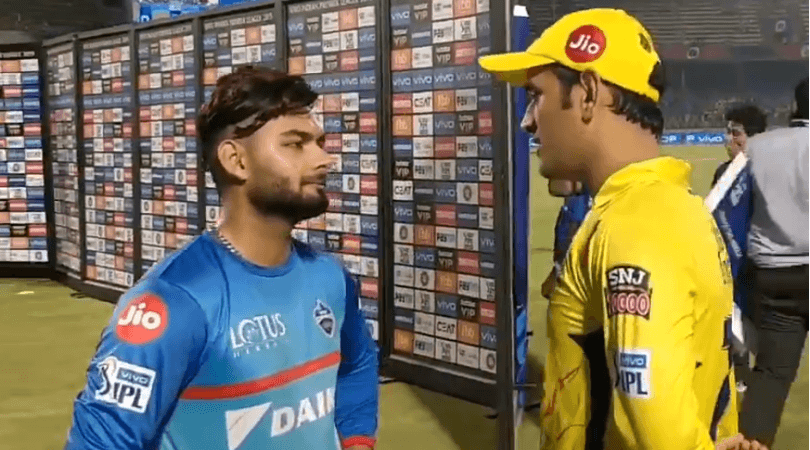 Rishabh Pant will be making his captaincy debut in IPL 2021 as he leads his franchise Delhi Capitals against Chennai Super Kings on April 10.

As Delhi Capitals gear up to open their IPL campaign against on Saturday, skipper Rishabh Pant is looking forward to leading the team for the first time and said it will be “extra special to walk out for the toss with MS Dhoni”.

Chennai Super Kings (CSK) had a forgettable campaign in IPL 2020, as the franchise finished 7th in the points table and didn’t qualify for the first time for playoffs in IPL history.  MS Dhoni himself who continued to play for CSK after retirement scored exactly 200 runs in 14 matches at a below-par average of 25 in IPL 2020.

“It will be extra special to walk out for the toss with MS Dhoni tomorrow.  I have learned a lot from him, and I have gained a lot of experience from him. Hopefully, I can use this experience against him, and we can win this match. That’s what I am looking forward to,” Rishabh Pant said in a statement.

Rishabh Pant added that the Delhi Capitals squad, for the IPL 2021, has a great mix of experience and youth.

“I have been talking to the senior players like Dhawan, Ashwin, and Rahane about the fields we can set and other strategic decisions for the team. I have been talking to Ricky and our bowling coach James Hopes as well. There’s a good mix of seniors and juniors in our squad and I think with the help of Ricky, we can do something different this year,” the skipper said.

Rishabh Pant expressed that he is just looking to keep things simple in his first match as skipper in the IPL.

“I haven’t thought about the fact that it’s my first match as captain in the IPL. I am just going to keep things simple and give my 100 percent. You get a good idea about setting fields as a wicketkeeper and now as captain, I will be making the changes in the field directly. So, there’s not going to be much of a difference for me,” said Rishabh Pant.

Runners-up in IPL 2020, Delhi Capitals will look to lift the trophy this time. Speaking ahead of their opening match, head coach Ricky Ponting said the team wants to build on last year’s performance and approach the opening game with the “right attitude”.

“The CSK have got a good squad of players and they’ve got lots of flexibility and a lot of options. But we’ve got a great squad as well and we want to build on last season.

“I have said to the boys that it’s not about last season, but there are a lot of positives that we can take from the way we have played in the last couple of seasons. “

“Although we’ve got a slightly different squad, we expect to play better as a group and achieve some better results. So, for us, CSK is just game one. We need to approach it with the right attitude and play well.

“Hopefully, win that game and move onto the second game. But we know that we’ll have to play well to win,” Ponting said.

The former Australia captain added that , who missed the last season, will make a big difference to the CSK outfit this year.

He said: “The Chennai Super Kings have been one of the most successful teams in the history of the IPL. They have got a great leader and a great squad of players. They have always managed to play consistent cricket.”

“Last year, they were probably disappointed with the way their season worked out, but I think a lot of that had to do with the fact that Suresh Raina wasn’t there for the entire tournament. He comes back to the squad this year, which is almost like a new recruit for them.”

IPL’s second-highest run-scorer Suresh Raina has 5368 runs in 193 matches at an average of 33.34. He will bat in the top of the order for CSK along with Ambati Rayudu in IPL 2021. Ricky Ponting further stated that all players are hungry to perform and are ready for another challenge in the IPL.

One And A Half Lung: Struggling Stuart Broad Used Inhaler...