Former PM Matteo Renzi forced a showdown after withdrawing from the ruling coalition. 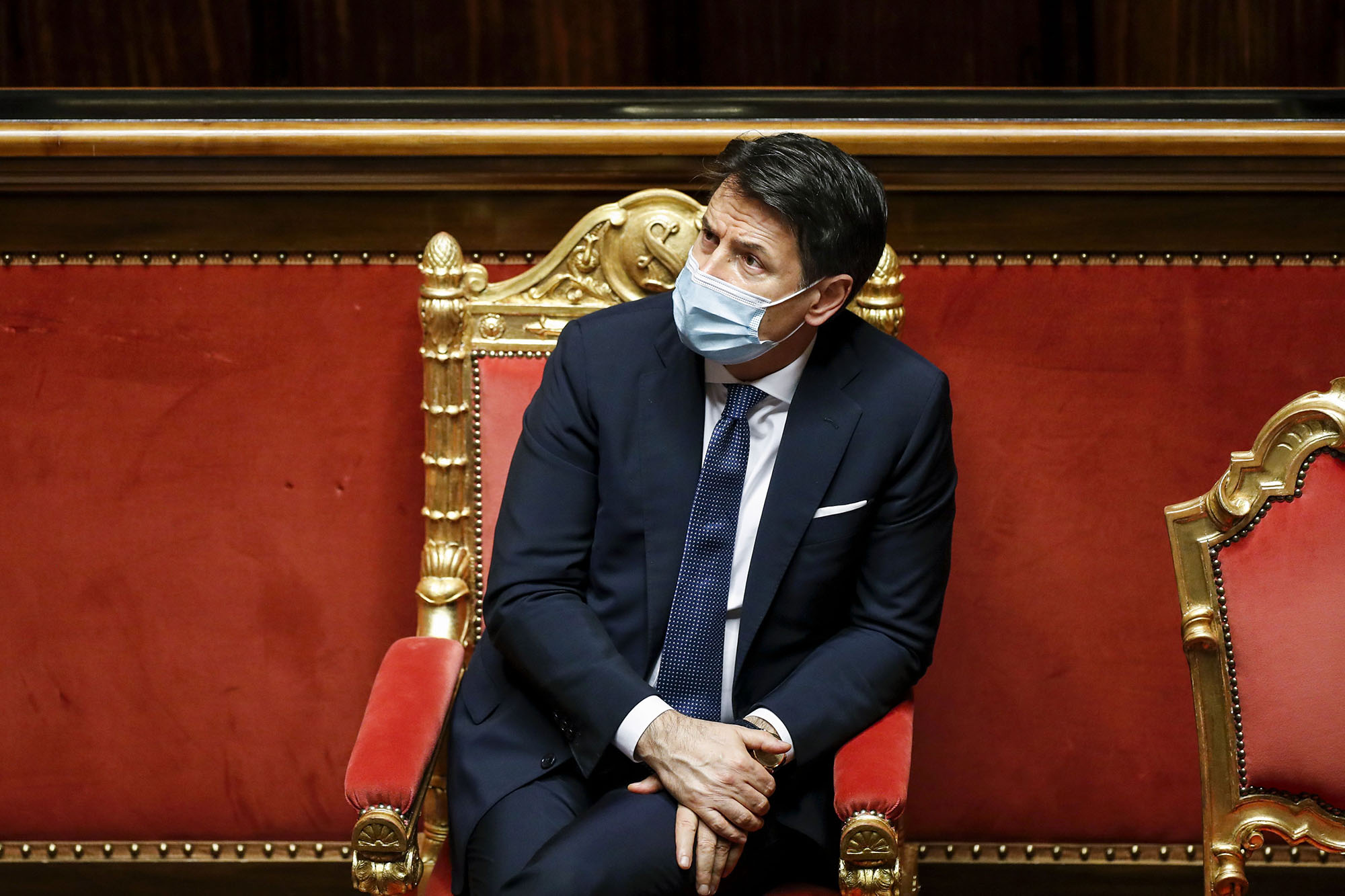 ROME — Italian Prime Minister Giuseppe Conte announced on Monday that he would resign, plunging the country into fresh political turmoil.

By stepping down, Conte will avoid a humiliating defeat in parliament in a vote on judicial reforms later this week.

He narrowly won the backing of parliament in a ballot last week after former Prime Minister Matteo Renzi, leader of the small Italia Viva party, withdrew his ministers from the ruling coalition, forcing a confidence vote. Renzi had criticized Conte over the handling of the coronavirus crisis and management of the post-pandemic economic recovery plan.

Conte had hoped to gather sufficient support among lawmakers from centrist parties to replace Renzi’s MPs, but the numbers failed to materialize, and the vote this week was set to bring down the government.

The prime minister’s office said Conte would inform ministers of his decision at a cabinet meeting on Tuesday morning, before offering his resignation to President Sergio Mattarella.

Mattarella could then offer Conte another mandate to try to form a new reshuffled government, backed by the same or different parties — or possibly a wide-ranging government of national unity. Or he could hold consultations to see if another figure could command a majority in parliament. As a last resort, the president could call early elections.

Realpolitik prevails as EU takes no action for Navalny

Charles Michel: Pandemic made all of Europe ‘Italian’

Joint response to coronavirus crisis will benefit all EU...