'It'll be like this for the rest of the season,' predicts Verstappen

The French Grand Prix saw one of the closest on-track battles yet between title rivals Max Verstappen and... The post 'It'll be like this for the rest of the season,' predicts Verstappen appeared first on F1i.com.

The French Grand Prix saw one of the closest on-track battles yet between title rivals Max Verstappen and Lewis Hamilton, with the lead swinging back and forth right up to the penultimate lap at Circuit Paul Ricard.

Verstappen predicted that the rest of the season would be just as titanic a battle between the pair, after coming out on top at a track traditionally seen as a Mercedes stronghold.

“As you could see, the whole race we were fighting each other," the Red Bull driver told the media afterwards. "I think it will be like this for the rest of the season.”

Verstappen had claimed pole position for the race in Saturday's qualifying session and initially got a good start to the race, only to brake too deep into turn 2 and hand the advantage to Hamilton.

“At the beginning, it was super difficult out there with the wind. One lap we had an okay balance but then the next lap we were just sliding everywhere

“It was really difficult to keep the car stable," he added.

However the team turned the situation around with an early pit stop that wiped out the three second lead that Hamilton had managed to pull out.

After his own stop, Hamilton came back out on wheel-to-wheel with Verstappen. While he couldn't hold the position, he stayed right behind the Red Bull and exerted all the pressure he could.

“Once we made the first pit stop then you could clearly see, on the hard tyres, they were pushing me hard from behind,” Verstappen acknowledged. "But then when we made the call to do the two-stop then in the end that paid off."

With tyre degradation proving more of a problem than expected, Red Bull switched Verstappen to a two-stop strategy on lap 31. While that dropped him back to fourth place, a fresher set of the medium compound allowed him to catch and pass those ahead of him in the remaining 22 laps.

“It [was] difficult because there was quite a lot of back markers to go through, but luckily they did well and we could have a good fight to the end," he said. 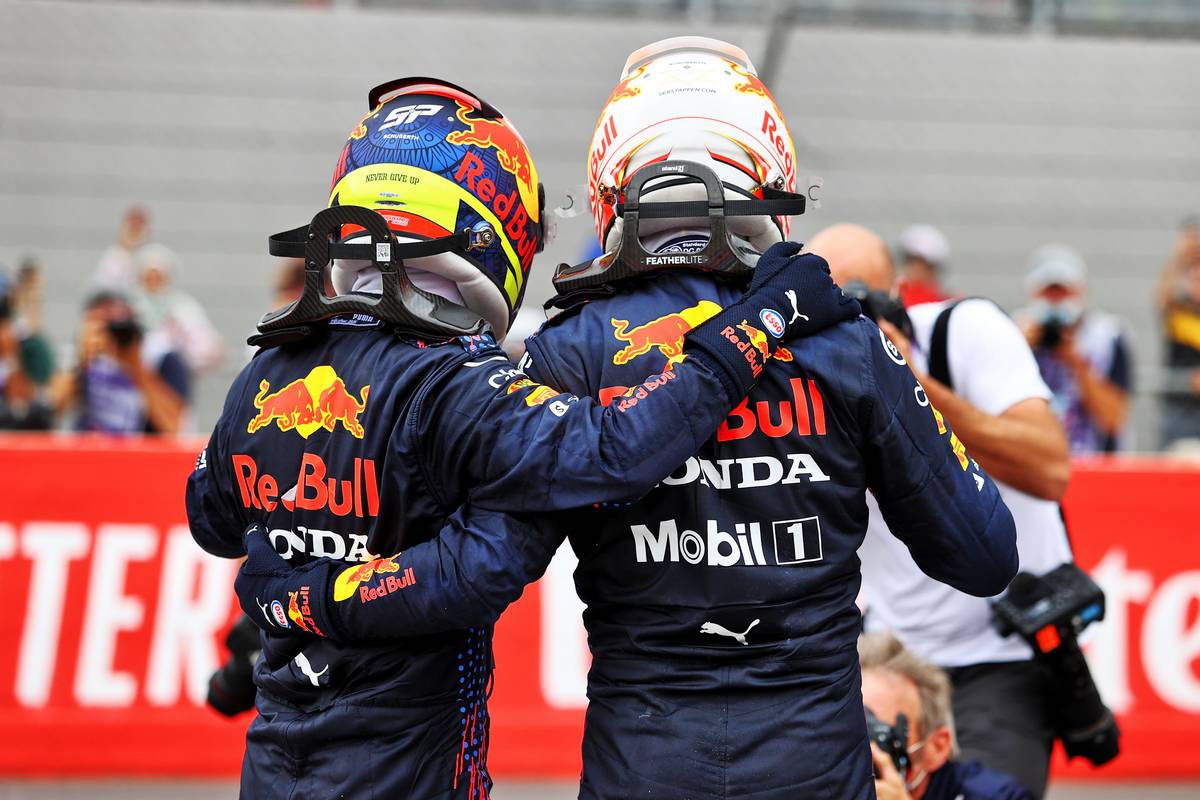 "We had to work hard for it but, of course, very rewarding" he added after finally pulling off a pass down the inside of the chicane with one lap to spare.

Asked if he'd enjoyed the race, he said: "Towards the end, yes!"

Verstappen's victory in this weekend's race means that he now has a 12 point advantage over Hamilton in the drivers championship after seven races.

With his team mate Sergio Perez also pipping Valtteri Bottas to the podium, Red Bull's lead in the constructors standings is now up to 37 points with 16 races remaining in the current 2021 schedule.

The post 'It'll be like this for the rest of the season,' predicts Verstappen appeared first on F1i.com.

Wolff 'loved' that Bottas spoke his mind in French GP

Sainz: Quite clear that Ferrari 'got something really wrong'

Sainz: Quite clear that Ferrari 'got something really wrong'

Ferrari's Carlos Sainz and Charles Leclerc both saw their French Grand Prix undermined by massive front tyre degradation... The post Sainz: Quite clear that Ferrari 'got something really wrong' appeared first on F1i.com. 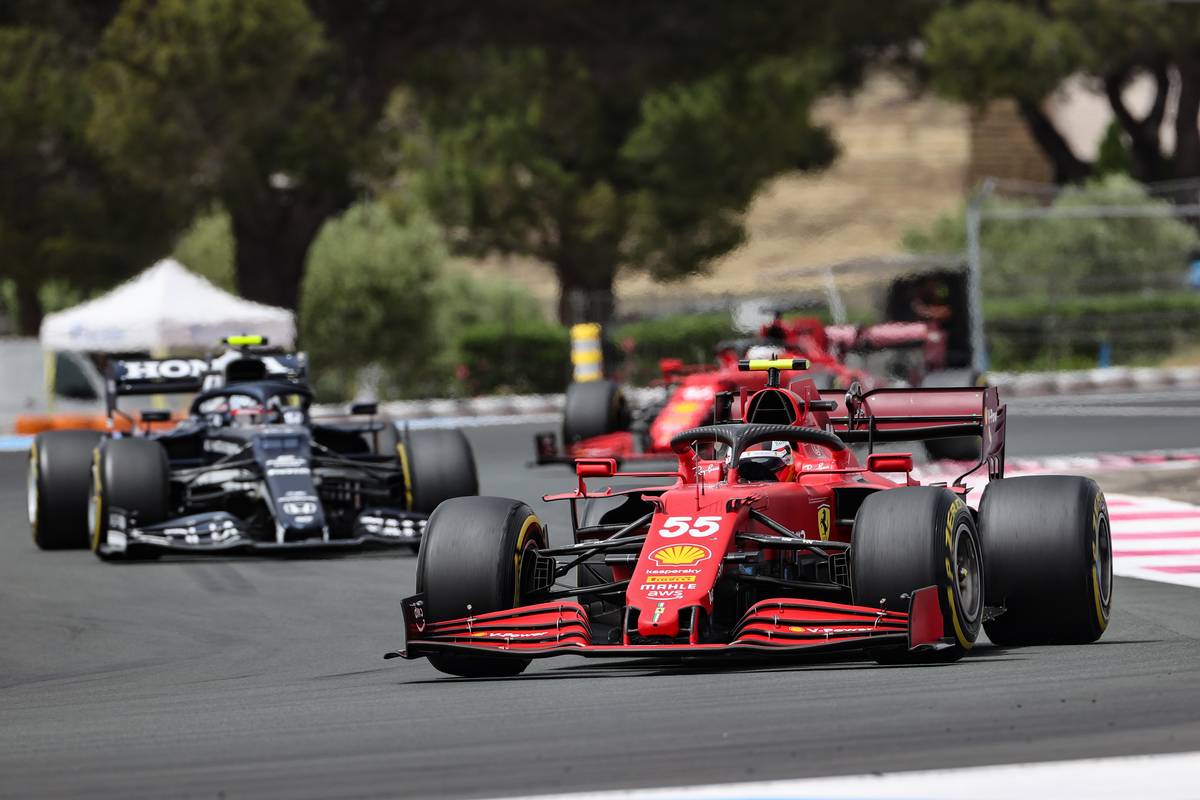 Sainz launched his race from fifth on the grid, hoping to at least uphold his position at the top of the midfield. The Spaniard did just that until his switch to the hard compound tyre on lap 16.

Alas, undercut by several rivals and struggling with degradation, Sainz was pushed down the order, ultimately concluding his race out of the points in 11th position.

"It's quite clear, quite evident that today we must have got something really wrong to be so far off the pace," commented a disappointing Sainz after the race.

"It's a limitation that has appeared in some of the races where we really struggled with the front tyres with graining, with degradation, two times as much as our competitors.

"Cars that yesterday we were half a second quicker, like the McLarens, or three tenths quicker. I don't remember - today, towards the end of the race, they were two seconds faster per lap.

"So it's clear that we have a limitation with tyres, with the way we operate the tyres. It is something that we will need to analyse, something we need to try and get better through the season."

Sainz reckoned that no alternative strategy from his team could have mitigated his tyre issues.

"The problem is when you have so much degradation like we had today, you have no margin with strategy," he added.

"You have no margin with defending, it's not like we are the quickest on the straights either.

"But today we were really, really far off the pace. We simply degraded the tyres two times as much as the others.

"This is just something that we need to understand. Because I think at the moment, this one definitely caught us by surprise."

Leclerc's race panned out in a similar way to that of his teammate. The Monegasque held his P7 qualifying position during his first stint and managed to reclaim that spot after a switch to the hards, but performance fell off a cliff thereafter and left him a distant 16th and a lap down at the checkered flag.

"It's been one of the most difficult races of my time in Formula 1," Leclerc admitted.

"We had like five, six laps on the tyres where we were quite good, and we were competitive, and then even though we were trying to take care of the tyres, they were degrading so much.

"On my side, we tried a second stop towards the end. We knew that we will be out of points anyway, so we just went for another stop.

"But then obviously it was quite tricky, because we were with blue flags and things like that.

"We just really need to understand it and to work on that, because it’s a big weakness."

The post Sainz: Quite clear that Ferrari 'got something really wrong' appeared first on F1i.com. 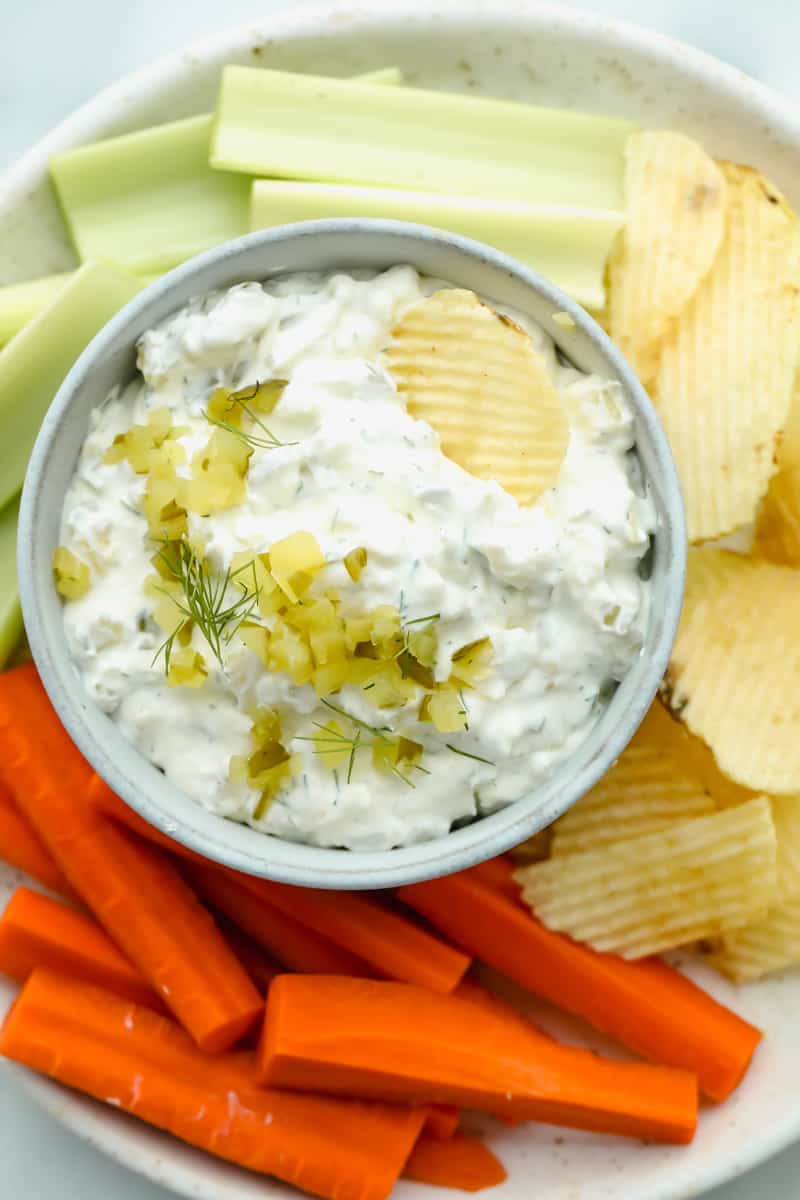 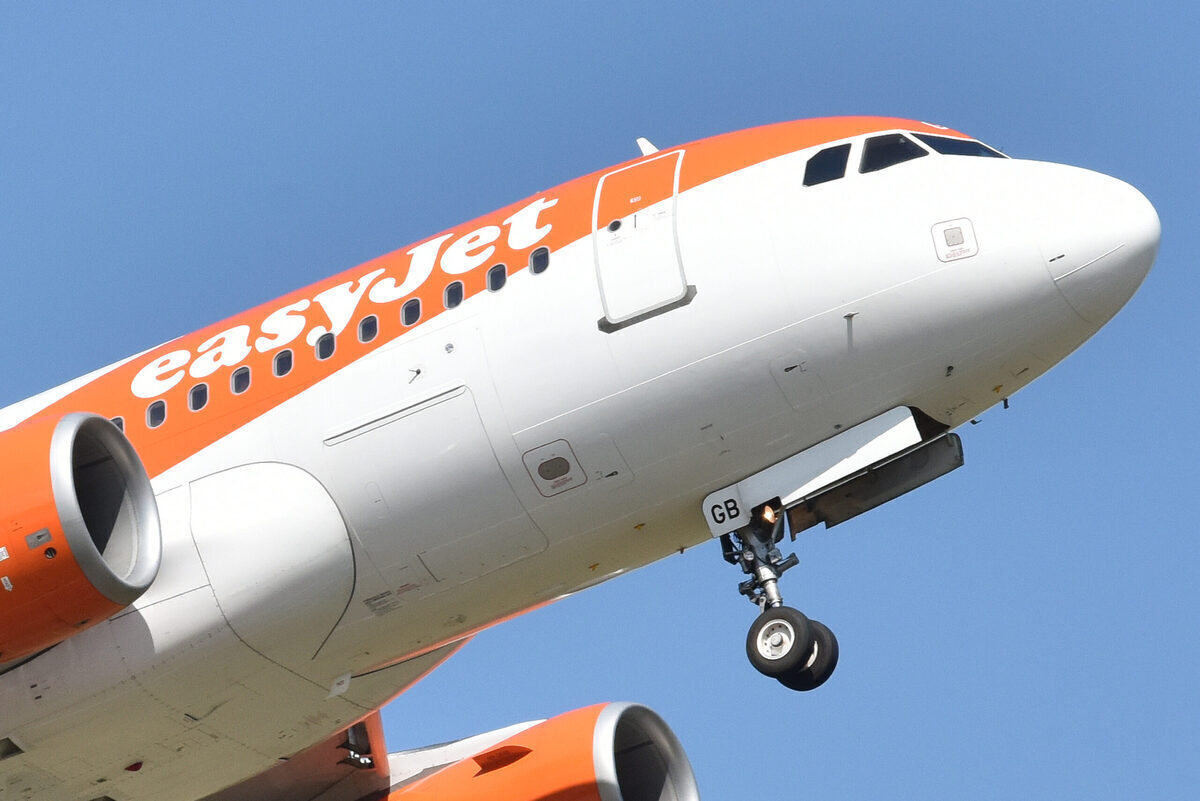 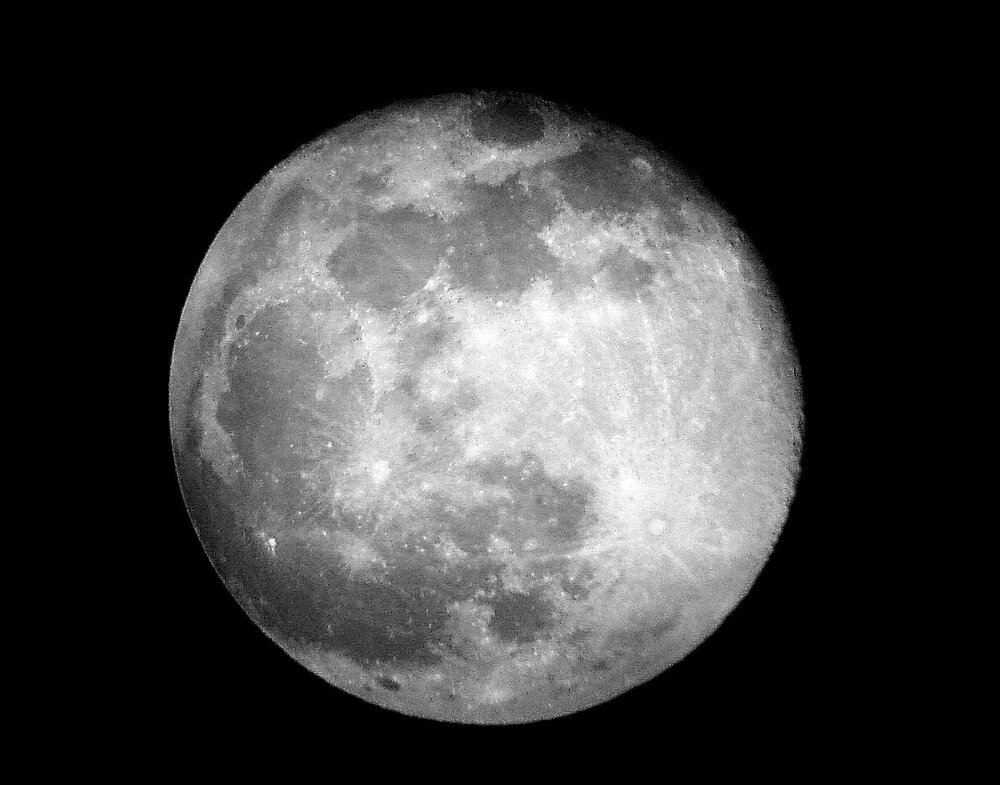 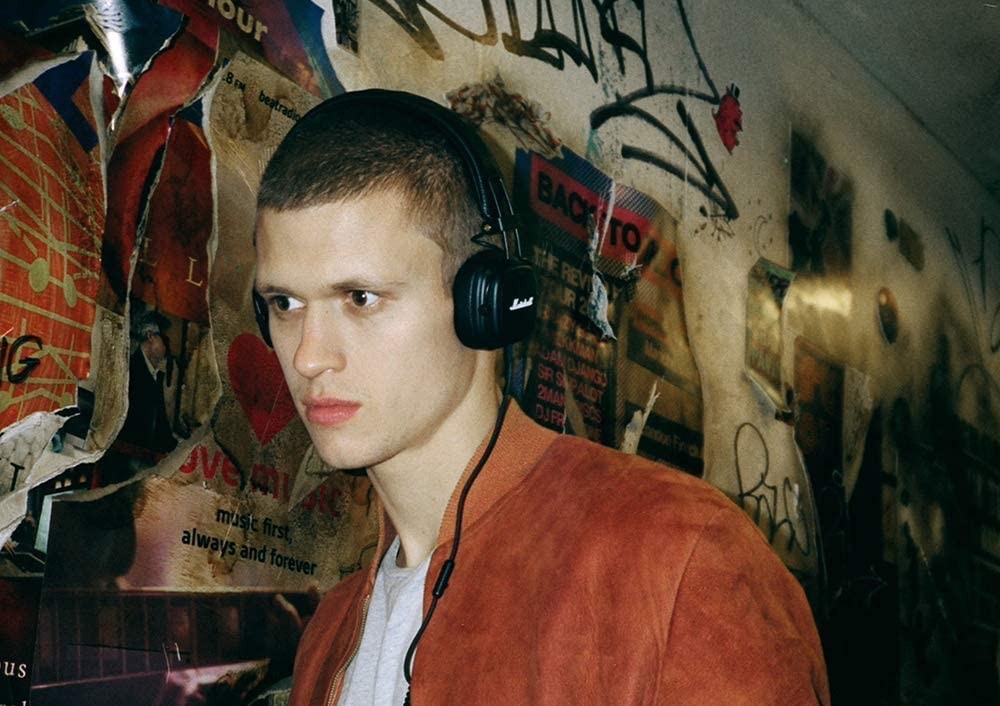