Kaizer Chiefs goalkeeper Itumeleng Khune possesses vast experience on the African continent thanks to his time with Bafana Bafana as well as Amakhosi. 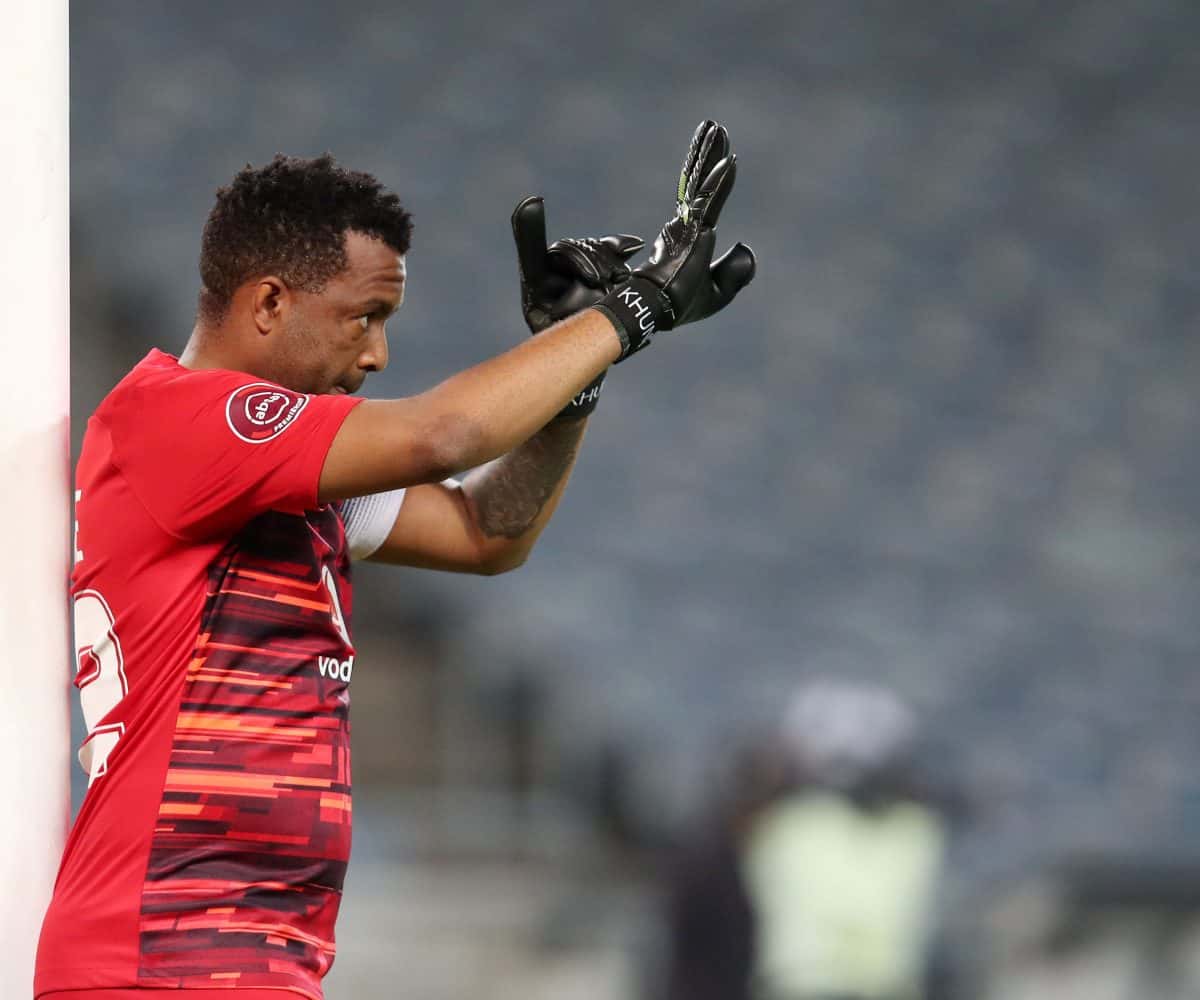 Kaizer Chiefs goalkeeper Itumeleng Khune possesses vast experience on the African continent thanks to his time with Bafana Bafana as well as Amakhosi in African club competitions.

This will come into good effect when Kaizer Chiefs face Moroccan side Wydad Casablanca on Sunday, 28 February in a CAF Champions League Group C encounter to be played at the 4 August Stadium in Ouagadougou, Burkina Faso.

Itumeleng Khune played against the Moroccan national team during the 2013 AFCON while featuring for Bafana Bafana in a 2-2 group stage draw.

He then faced Raja Casablanca in the away second leg of a first-round clash in the 2015 CAF Champions League.

He is aware of what to expect from Wydad Casablanca as he explained, “I am looking forward to the trip to Burkina Faso to face Wydad Casablanca, it’s a big and very tough match for us, we will be looking to bringing three points back home”.

Further to helping the team by using his knowledge and experience, Khune returns to Burkina Faso having played in Bafana Bafana’s 2018 Soccer World Cup qualifier in Ouagadougou, against Burkina Faso.

He will be imparting his knowledge of the conditions at the 4 August Stadium to his team-mates adding, “I will draw on my past travels to help the guys acclimatise.

“I have briefed them on what to expect in Ouagadougou, it is not going to be an easy outing. We are anticipating grueling conditions”.

While Burkina Faso is not new territory for Itumeleng Khune, neither is the pressure of competing in big continental games.

He is very much aware of what Kaizer Chiefs need to do when they face the two-time African champions on Sunday in hot and humid conditions in Ouagadougou.

Explaining, he said, “We are aware of what is expected of us and are ready to fight for the club and represent the whole nation with pride and honour. We are looking forward to this challenge and we are ready for it both mentally and physically. To the fans supporting us from home, we carry you in our hearts and are ready to do what it takes to bring back the three points”.

As Kaizer Chiefs continue their journey in the tournament, Itumeleng Khune would like to continue to build on their opening group games performance against Horoya and has been pleased with the way the team have been conducting their business since Tuesday’s draw against the Guineans.

An upbeat Itumeleng Khune who kept a clean-sheet in the game against the Guinean’s added, “We have done substantial preparation for this match and are determine to give it our laser focus and effort. The team is ready and excited for the match. We are working extremely well together as a team, ready to take on this difficult game.

“The playing fields are level as it is neither of our home field’s – the neutral venue means that both teams are technical playing under away game circumstances.

“We see this as a real advantage, and it makes us even more committed to fight hard for the three points. Our mission is to make sure that our Amakhosi family are happy and proud.“

Khune who has played in a total of 343 games for Kaizer Chiefs since making his debut against Jomo Cosmos in a league fixture back on 25 August 2007, has kept three clean sheets in the CAF Champions League this season and will be targeting for a fourth one against Wydad.

Lotto and Lotto Plus results for Saturday, 2 May 2020

Lida Malherbe: Man, how I love my president!