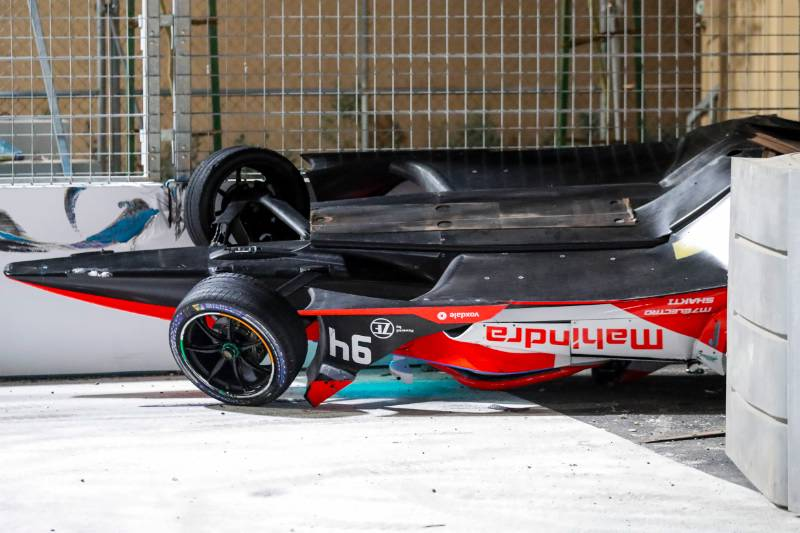 Bird and polesitter Robin Frijns enjoyed a race-long battle, swapping positions at the head of the field when the Safety Car was deployed with ten minutes left on the clock after Nissan's Sebastian Buemi was left stranded.

But simultaneously, an incident involving Tom Blomqvist and Maximilian Guenther was followed by Lynn's crash, the Mahindra driver skidding down a run-off area upside down!

Lynn was taken to hospital for an evaluation, but initial reports indicated that the Briton was conscious and talking.

The prolonged safety Car period eventually led to the race being stopped with two minutes left on the clock. 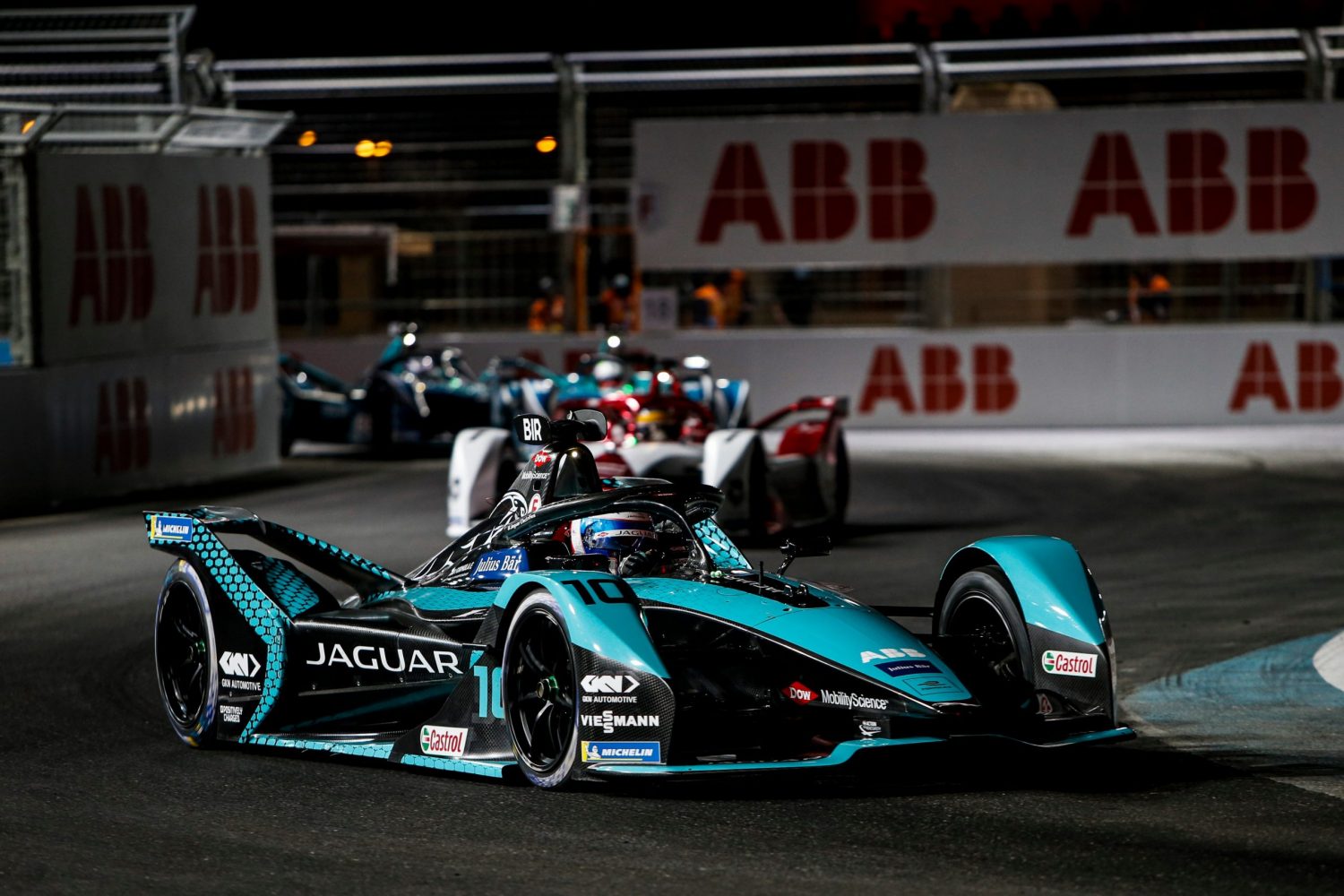 Bird blasted off the grid from third to overtake Dragon Penske's Sergio Sette Camara before snapping at Frijns' heels. The Dutchman held his own up front until he went through the attack mode activation zone, using his extra boost of energy to reclaim the lead from Bird.

Bird fell to third after seeking his own boost of power but swiftly moved back up to second and then first when Frijns took his second dose of attack mode.

Again the Envision Virgin driver reclaimed the lead, with the two drivers on equal power engaging in a straight fight, while behind DS Techeetah teammates Jean-Eric Vergne and Antonio Felix da Costa clashed and took themselves out of contention.

Eventually, Bird used his final dose of extra power to gain the upper hand over Frijns and seal his first win with Jaguar, beating Frijns, Vergne and da Costa while Virgin teammate Nick Cassidy rounded off the top five. 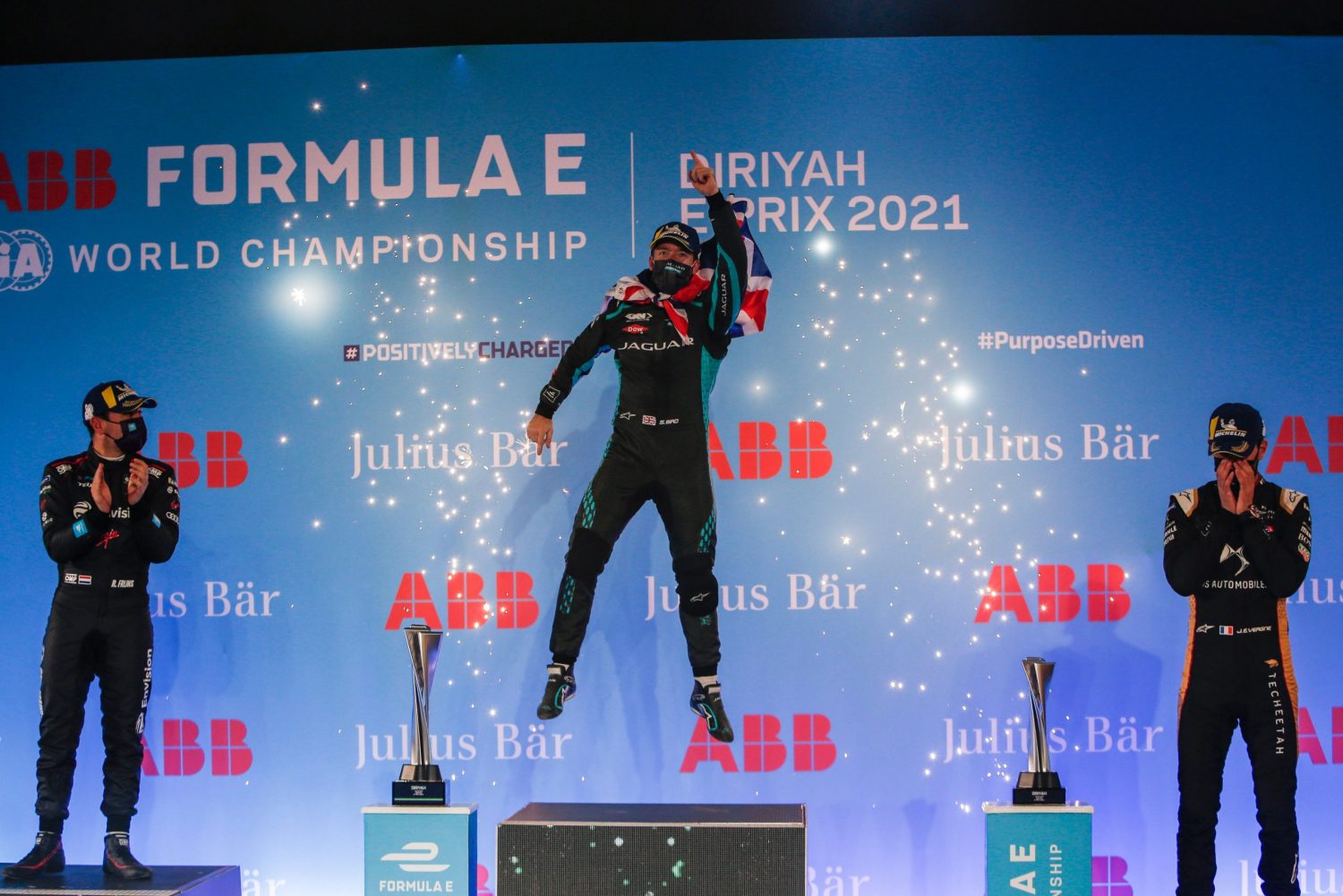 DS Techeetah's Jean-Eric Vergne has been stripped of his 3rd place podium finish from round 2 of the Diriyah E-Prix for not having used his second Attack Mode before the race ended.

The time penalty drops Vergne from P3 down to P12 while his teammate Antonio Felix da Costa inherits 3rd in the event's final standings.