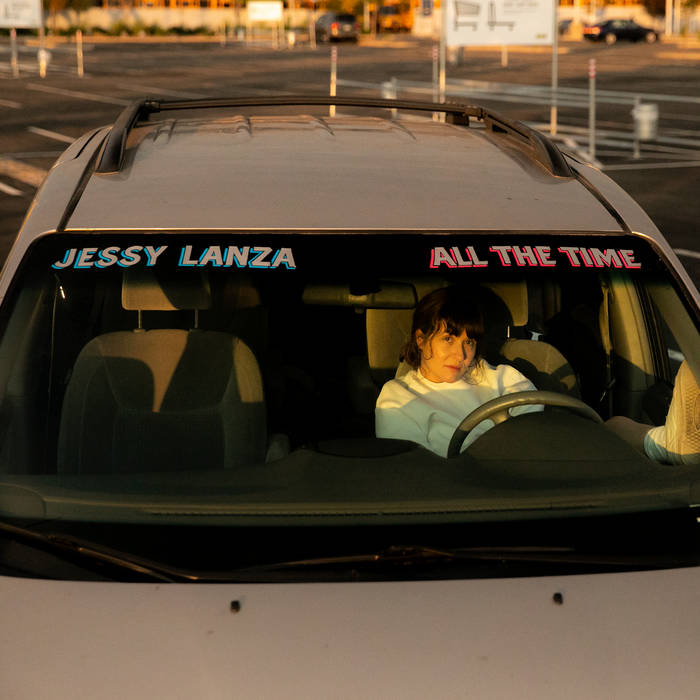 Jessy Lanza: All The Time (Hyperdub)

Andy Brown reviews Jessy Lanza’s third album, All The Time, for Louder Than War. The New York based electronic artist has channelled her anger into an album of fresh, postmodern pop.

It feels like a lifetime ago now yet back in March I was due to cover electronic songwriter, singer and producer Jessy Lanza at Headrow House in Leeds. Amidst travel restrictions and the increasing threat of the pandemic the gig and tour were cancelled. This, of course, was only the beginning. All The Time may have been written last year yet it’s bright, pure-pop may be just what we need to get through the remainder of 2020. Early on in the process Lanza made the move to New York so, for the first time, the album was created over long-distance with regular creative partner in crime and co-producer Jeremy Greenspan. The duo clearly ahead of the trend when it came to remote working.

The poppy tone is set from the start as the impossibly smooth Anyone Around slides in, Lanza’s gentle vocals floating over a radio-ready, electronic shuffle. The breezy, spacious production captures the essence of some carefree, near-mythical summer evening. You wouldn’t necessarily know from listening to it yet Lick In Heaven addresses anger, societal expectations and the feeling that you might just lose control. Lanza’s feelings of anger and upheaval as the album came together create lyrics that act as a subtly subversive subtext to the music’s unabashed pop. Lanza taking the negativity and anger and turning it into some of the most euphoric pop you’re likely to hear all year. The electronic textures created by semi-modular equipment; synth soundscapes that feel nostalgic and inescapably modern all at once.

Face finds Lanza’s vocals dispersed over a jittery bed of danceable rhythms and cut-up beats. There’s so much going on here it’s kind of hard to keep up as the song constantly shifts gears. Like the rest of All The Time it’s difficult to pigeon-hole the sound. Badly combines heavenly synths and a shifting undertow of electronics with glossy pop and an unexpectedly disorientating breakdown. Alexander is one of the albums smoothest pieces; a neon-lit, melancholic retro-ballad wrapped in an early-hours, post-clubbing haze. The song actually started life as a cover of Alexander O’Neal’s 1985 slow-jam, A Broken Heart Can Mend. The final result is pretty different but you can certainly hear the spirit of O’Neal’s smooth R&B in the songs DNA. The influences, though subtle, are broad and eclectic; from underground DJ’s and electronic innovators to world conquering pop stars and R&B legends.

The surface sheen may draw some in and will no doubt put others off. I’ll admit, my first few plays of All The Time, although enjoyable, didn’t quite hit home. A few plays later and I find myself obsessing over the details. Sounds I’ve not noticed before. Glitches in the matrix, if you will. Ice Creamy is another great example of the album’s approach to pop; smooth yet underpinned by a glitchy, squelchy strangeness. The central refrain on Like Fire gives the song a nostalgic familiarity; like a hidden gem on some long-forgotten soundtrack from the 80’s. While some of the album was born of anger, Baby Love was actually written after Lanza first met her newly born niece in 2017. A gorgeous and rather beautiful paean to love and innocence; “giving up all my love/ giving it all to you”. A real highlight, Baby Love feels purposely designed to melt even the stoniest of hearts.

Over And Over is one of the catchiest things here; an airy, electro-pop tune destined to spin through your head hours after you’ve listened. The song simultaneously acting as a tribute to and reimagining of eighties electronic pop. The accompanying video, which consists solely of Lanza travelling up and down a pair of escalators in a face mask, provides a rather wonderful counterpart to the songs sparkling, pop soul. The LP comes to a close with the slow-motion smooch of the title track and I realise just how intently I’ve been listening.

The album finds Lanza and Greenspan embracing pop like never before. Where 2016’s Oh No felt like an album devised in and designed for the night time, All The Time finds the duo stepping out into the blistering sunlight. The music and Lanza’s sugar-sweet vocals bristling with a satisfyingly fresh, breezy air. In certain circles ‘pop’ is a dirty word; honestly, they don’t know what they’re missing. All The Time is a bright and subtly subversive album of postmodern pop. If there’s any justice you’ll hear these songs blaring from car speakers and open windows all summer.

You can listen to and buy the album via Bandcamp here

All words by Andy Brown. You can visit his author profile and read more of his reviews for Louder Than War here

The post Jessy Lanza: All The Time – album review appeared first on Louder Than War.

CRASS – The Feeding Of The Five Thousand Remix Project

"Some Stories Are Uniquely Irish" Clash Meets The Academic

Republicans in a crucial New Jersey swing district have a choice in the July primary:...

The Philadelphia School District says these families will receive the approximate...

Ndayishimiye is reported to be more open and tolerant than his predecessor.

The governor said people taking advantage of the warm weather should not let their...

When Esther Tebeka and her teenage daughter escaped Wuhan, China, in January as...