JetBlue has taken its first Airbus A321neo with the new Mint suites on Friday. This aircraft is not… 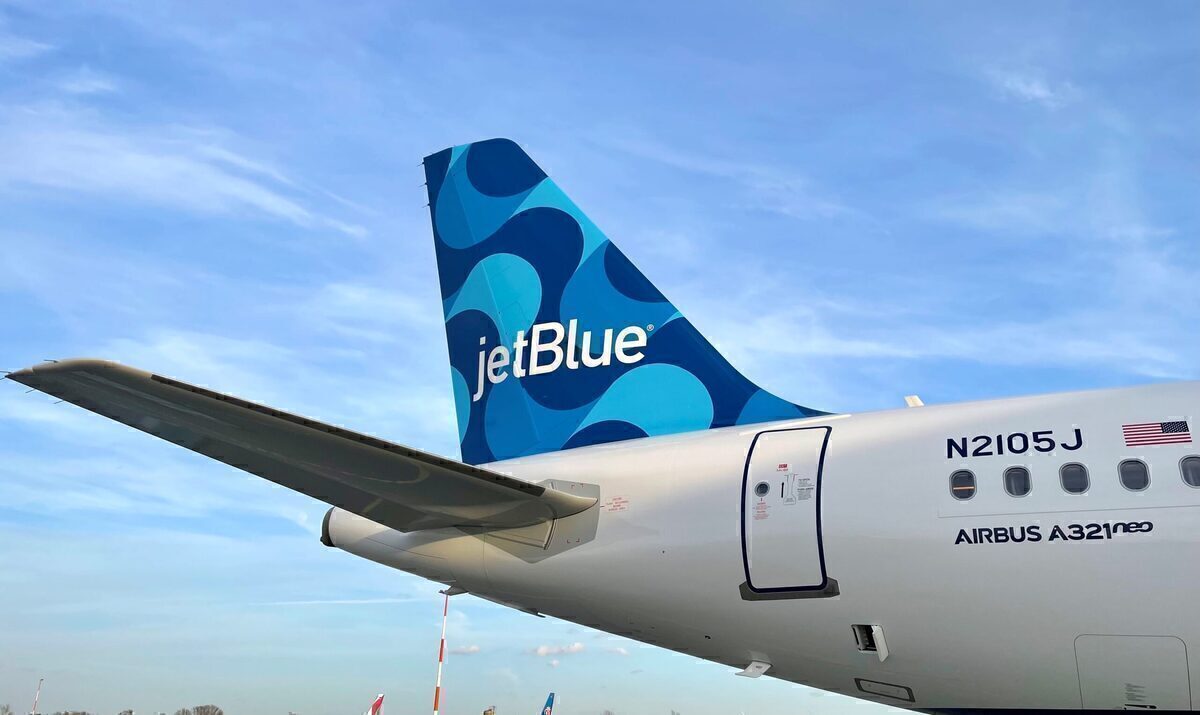 JetBlue has taken its first Airbus A321neo with the new Mint suites on Friday. This aircraft is not the Airbus A321LR that JetBlue will use for flights across the Atlantic, but it is a huge step for the airline. This plane will operate some domestic premium routes ahead of JetBlue’s launch of international long-haul flights.

The plane itself is registered as N2105J and is named “NEO Mintality.” This is the 270th aircraft to join JetBlue’s fleet and is the 16th Airbus A321neo in its fleet. However, this is the first Airbus A321neo to feature Mint.

The aircraft can be recognized on the outside from the “Ribbons” tailfin. JetBlue likes to make its tailfins fun, and this one is no exception. The tailfin features three blues from JetBlue’s brand palette and is inspired by optical art that uses simple shapes to create the illusion of three dimensions and movement.

The aircraft is configured with room for 160 passengers– a light load for the A321neo. The aircraft features 16 Mint suites, including two Mint Studios with extra square footage, in the business class cabin.

In economy, JetBlue offers 144 seats. There are seven rows of extra-legroom economy. All seats also have access to AC and USB ports. The seats in economy have a width of 18.4 inches.

Every seat features on-demand seatback entertainment. In economy, this includes a 10.1 inch 1080P high definition screen. From this screen, passengers can choose from channels on live TV, movies, and seatback games.

This is the major refresh of JetBlue’s Mint product since the airline launched it. Every suite features aisle access, a larger inflight entertainment screen, and now wireless charging capabilities. All of this pales in comparison to the seat itself.

Every Mint seat is a suite. The airline has chosen the Thompson Aero Seating’s VantageSOLO seat. A narrowbody option for all-aisle access, JetBlue’s product is a hotly awaited one. This is especially true for the first two seats that are Mint Studio seats. These two seats offer more space than the other seats and feature room for a guest during flight at cruising altitude.

The new Mint suites will shake up the transatlantic market, and JetBlue is making sure its customers at home can get access to the same product. Offering this product on JetBlue’s most premium routes will help the airline retain its higher-paying premium customers who need to fly across the US and across the pond.

Where will this Airbus A321neo fly?

The Airbus A321neo will debut on select flights between New York-JFK and Los Angeles International Airport (LAX). The aircraft is expected to go into service by the summer. JetBlue likes to take its time with introducing new aircraft. One such example includes the airline’s Airbus A220-300.

Jayne O’Brien, head of marketing and loyalty at JetBlue, stated the following:

“With so much excitement around JetBlue’s London plans, we’re delighted to also introduce our fabulous, all-new transatlantic Mint suites to customers on select flights within the U.S. Our reimagined Mint and award-winning core experience, combined with the superior economics of the A321neo aircraft, will position JetBlue to compete effectively and add relevance to our customers in Mint markets.”

Are you excited to fly in JetBlue’s Mint suites? Would you fly onboard this aircraft? Let us know in the comments!

LAM Boeing 737-700 Slides Off The Runway In Mozambique