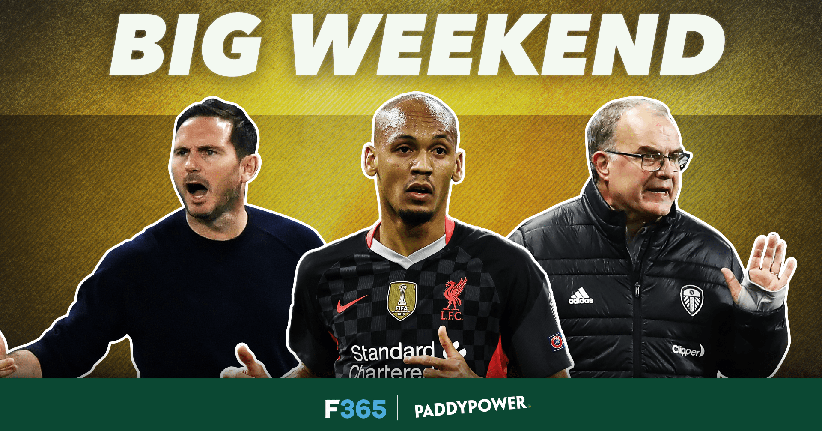 Liverpool’s defensive worries have intensified following the news that Fabinho could miss the next three games – and those problems are discussed on the latest episode of Big Weekend on YouTube.

The Brazilian was expected to step into the shoes of Virgil van Dijk, but Jurgen Klopp will now have to find another way out.

And, speaking on the latest episode of Big Weekend, Winty shared her worries about the possible replacements in Klopp’s backline.

“Van Dijk was a massive blow, but then you think ‘well at least we’ve got Fabinho, at least he can come back.’ He’s not a Van Dijk, but he’s 85% of a Van Dijk which is a hell of a lot of a footballer. It’s certainly better than almost every team in the Premier League has got.

“But then you lose Fabinho and we’re now down to… well, we’re not sure about Joel Matip, he’s never fit enough for long enough. There’s a great stat that he hasn’t started a Liverpool defeat for something like two and a half years, but the truth is he’s only played about eight times so it’s a rubbish stat.

“They literally just have Joe Gomez. Watching Joe Gomez these last couple of years, he’s not Mr. Consistent. He does have little brain farts. When you have Van Dijk next to you, he might sweep them up. It might not mean as much when you’ve got Fabinho next to you because he will sweep them up. But it will mean a hell of a lot if you’ve got Reece Williams next to you.

“The front three will be back after having a rest midweek so you’d fancy this may be the return to the early season excitement of 3-2 or 4-3 score lines, but I still expect Liverpool to win this game.”

Elsewhere, there’s a huge mid-table clash as Manchester United take on Arsenal. Both teams are enduring a slow start to the campaign, but Winty is more worried by the reputation of this famous fixture.

“The worry here is that it turns into what Man Utd-Chelsea turned into. That it becomes a ‘must not lose’ rather than ‘we’re trying to win this game.’ That’s the massive worry here.

“It could be a real dull one, couldn’t it? I haven’t got high hopes.”

After a confidence-boosting win in the Champions League, meanwhile, Chelsea will be looking to return to winning ways in the Premier League when they travel away to Burnley.

However, Winty believes Frank Lampard’s men will need to be cautious – especially with Burnley’s Chris Wood around.

“He’s big, he’s awkward. He looked really good against Tottenham and Burnley were really unlucky not to get something out of that game.

“That was a slog. Burnley could very well turn this one into a slog as well. If they sit deep enough, Chelsea are going to struggle to break them down and yet they’ll still commit men forward. They’ve got that long ball to Chris Wood and they could do big damage and really set back this Chelsea side.

“Chelsea could afford to go into their last game knowing that a 0-0 would be fine. You can’t go to Burnley thinking 0-0 is going to be fine – that’s a problem in itself.

“They’re going to have to be more ambitious and ambition means pushing people forward, and we know they struggle when they push people forward because they do get caught quite a lot without any real plan as far as I can work out.”