Turning unwanted John Lewis and Waitrose shops into homes, launching a gardening business and striking new partnerships are some of the radical ideas under consideration to revive the employee-owned retailer. Read more: John Lewis plan to turn empty shops into homes 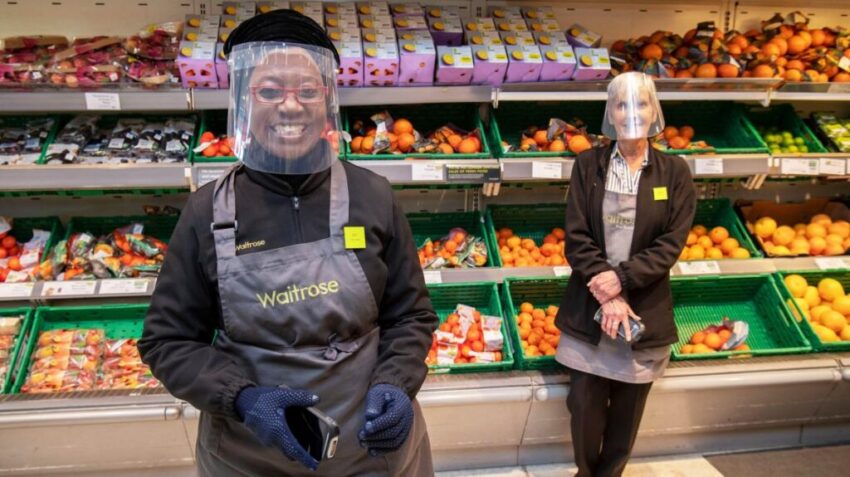 Turning unwanted John Lewis and Waitrose shops into homes, launching a gardening business and striking new partnerships are some of the radical ideas under consideration to revive the employee-owned retailer.

Dame Sharon White, chairman, has told the John Lewis Partnership’s 80,000 staff that her transformation plan should deliver “green shoots over the next 9-12 months”, while she gave a longer three to five-year timetable for profits to recover.

Profits have plunged by a quarter to £123 million in the past year, prompting the mutual to close 8 of its 50 department stores and make deep cuts to its head office staff.

Dame Sharon, 53, suggested that more shop closures were on the way in a bold plan to move into housing that could reshape the high street.

“As we repurpose and potentially reduce our shop estate, we want to put our excess space to good social use,” she said. “We are exploring with third parties the concept of new mixed-use affordable housing.”

The partnership’s stores are under pressure because of the rapid rise of online shopping, which has accelerated during the pandemic. About 60 per cent of John Lewis sales are now online and it expects a fifth of Waitrose sales to follow, compared with 5 per cent online a year ago.

“Shops will always be crucial to the brand but they will be in support of online,” Dame Sharon said, indicating a radically changed role for the group’s stores.

The retailer is already conducting a number of “commercial discussions and looking at acquisitions” as it wants to widen the potential for its Waitrose and John Lewis brands, she revealed. “We will create partnerships with other businesses who respect our ethos and can bring resources or capabilities we don’t have,” she added.

The Times has previously reported that John Lewis is considering bringing in an outside investor to push the company into non-retail services.

Dame Sharon said that the business was also exploring ways to sell Waitrose products “through other routes”, as well as adding Waitrose food halls to John Lewis shops.

It is thought unlikely that Waitrose products will be available on Amazon, despite the online group signing up other upmarket grocers such as Booths, to strengthen its range of food products for delivery.

John Lewis is also considering a move into garden centres to build a new business out of its outdoor, gardening and Leckford Estate ranges.

The group is bringing its two brands closer together by selling John Lewis homeware products in Waitrose shops, while it is reviewing its Never Knowingly Undersold price promise after criticism that it was meaningless because it does not match online retailers.

John Lewis is also considering ways for customers to rent its products and sell used ones through an online marketplace.

How to Make Social Media Your New Sales Channel

We want to hear your thoughts on Covid-19 and your small...

IWG sees social distancing measures as an opportunity for...

UK furlough scheme extended to October so businesses can...

ANKARA Atlanta’s mayor has urged police officers to honor their commitment to the...

Hundreds gathered at Town Field in Dorchester to celebrate Juneteenth and a Black...

The San Francisco 49ers have reached a five-year contract extension with tight end...

Dallas Issues Curfew For Next Several Days In Response...

Dallas has issued a curfew for areas in and around downtown for the next several...

Parents have the option to keep their children away from the classroom, if they...

Masks.They’re the unexpected new accessory for spring.Hotly debated long before...

Report: Greektown Casino Plans Layoffs Due To Impact Of...

Layoffs are said to begin on September 14.

With sports across the country shut down, the entire industry is facing new challenges that...