Mendes is working with … The post Jorge Mendes working on Liverpool transfer with ‘scary’ price tag appeared first on Football365. 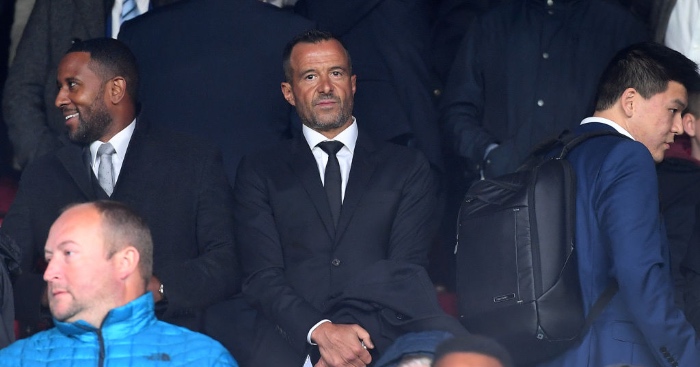 Super-agent Jorge Mendes is working on trying to reduce Wolves’ ‘scary’ asking price for Adama Traore, to give Liverpool and Manchester City the chance to sign him this summer.

The title rivals both reportedly remain interested in Traore, according to , along with Serie A side Juventus.

Wolves are apparently willing to listen to offers for the winger, with Mendes – who remains inextricably linked with the club – attempting to reduce Wolves’ ‘scary £63million asking price’.

The report focuses on Juventus’ interest, claiming Traore is one of their top summer transfers, with the Serie A giants hoping he will follow Luis Suarez in joining the club.

READ MORE: Nuno the enigma leaves Wolves on brink of glory and disaster

But Mendes is reportedly in contact with Liverpool and Manchester City as well as Juve, with all three showing interest.

Speaking in June, Wolves boss Nuno Espirito Santo was unsure if Traore would still be his player for the 2020/21 campaign.

“I don’t know,” he said. “He is here now and he has trained well today.

“It is day by day, no speculation, and [we] just focus on what we have to do.”

He added: “Adama is a special player, he is unique, and I think when he is on the pitch he already has an impact on the game.

“Of course, he has things to improve and then after that it is our decision how we use players and manage the team in the game plan and the moment.

“The momentum and the moment we are in after three months of activity, we have a lot of things to judge on and try to make the right decisions.”