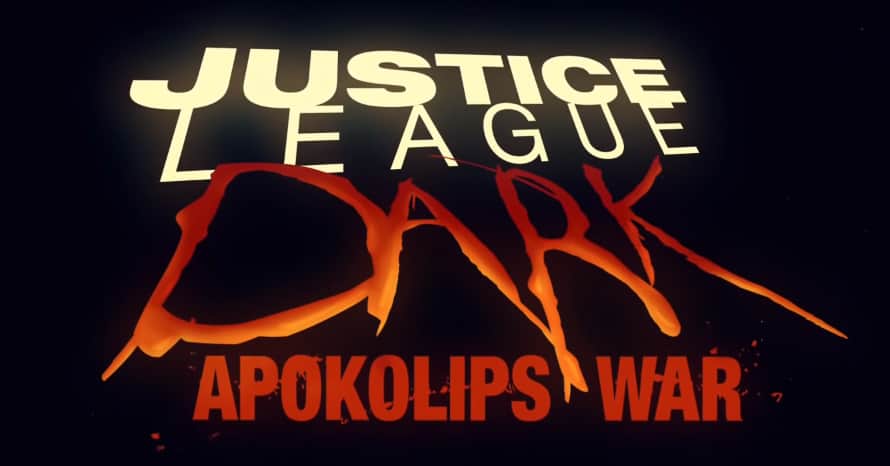 The most recent DC animated movie assembles an army of heroes and villains to take on Darkseid in Apokolips War, but the film nearly had a completely different title according to executive producer James Tucker. In an interview with ComicBook.com the producer discussed a scene in the film showing the horrific changes Darkseid had made to the majority of the team. He explained that they’d debated just having the team controlled by a gadget on their heads.

“I knew that this movie had to have elements of horror in it because it’s a Justice League Dark movie, too, as well as a big Justice League movie to end on. And so I was like ‘what can I do to mess up the Justice League?’ And we were coming up with different ideas of how extreme to go. We knew a portion of the Justice League was going to be corrupted by Darkseid and we didn’t know how much. At one point in the script, they just had little things on the sides of their heads controlling them.”

Tucker went on to point out that they wanted to raise the stakes and embrace the horrific nature of Darkseid and Apokolips. He explained that director Christina Sotta suggested using the corrupted designs of the heroes from Futures End in The New 52. Tucker revealed Futures End was an alternate title he was thinking of using, but pointed out DC probably didn’t want to make fans think it was an adaptation of that storyline. The series from Brian Azzarello, Keith Giffen, Dan Jurgens and Jeff Lemire sees Brother Eye transform the majority of superheroes into cyborgs and Batman Beyond travels back in time to help save the planet.

“So I was like, ‘No, it needs to be more messed up. It can’t just be something that can fall off of them and they’re back to normal; it has to be irreparable damage. And that’s when Christina suggested Futures End. So we looked at the designs and I went ‘oh, this is it. These are freaking horrifying.’ And in fact, Futures End was a title in my head I thought we could go with….But I think DC didn’t want to confuse fans into thinking it was a strict adaptation of that.”

Have you seen Apokolips War yet? What did you think? Do you prefer the alternate title? Sound off in the comments below!

Here is the official synopsis for Apokolips War:

Justice League Dark: Apokolips War features the largest Super Hero cast in the history of DC Universe Movies with dozens of actors/characters spotlighted in a grand ensemble of talent reprising their roles from this six-year story continuum. Matt Ryan (Legends of Tomorrow, Constantine), Jerry O’Connell (Carter, Bravo’s Play by Play, Stand by Me) and Taissa Farmiga (The Nun, The Mule, American Horror Story) anchor the cast as Constantine, Superman and Raven, respectively – the triumvirate determined to assemble the forces necessary to lead humanity’s final attack.

Alongside that trio are the long-running core of Justice League voices — Jason O’Mara (The Man in the High Castle, Agents of S.H.I.E.L.D.) as Batman, Rosario Dawson (Briar Patch, Daredevil, Sin City) as Wonder Woman, Shemar Moore (S.W.A.T., Criminal Minds) as Cyborg and Christopher Gorham (Covert Affairs, Insatiable, Ugly Betty) as The Flash – as well as JL-adjacents Rebecca Romijn (X-Men, The Librarians) and Rainn Wilson (The Office, The Meg) as the voices of Lois Lane and Lex Luthor, respectively.

Justice League Dark: Apokolips War is available on Digital HD and will be released on 4K Ultra HD, Blu-ray, and DVD on May 19, 2020. Stay tuned to Heroic Hollywood for news on HBO’s Justice League Dark series and subscribe to our YouTube channel for all the latest news surrounding future DC projects!

HBO Max To Feature Movies From Other Studios Outside Of Warner Bros.