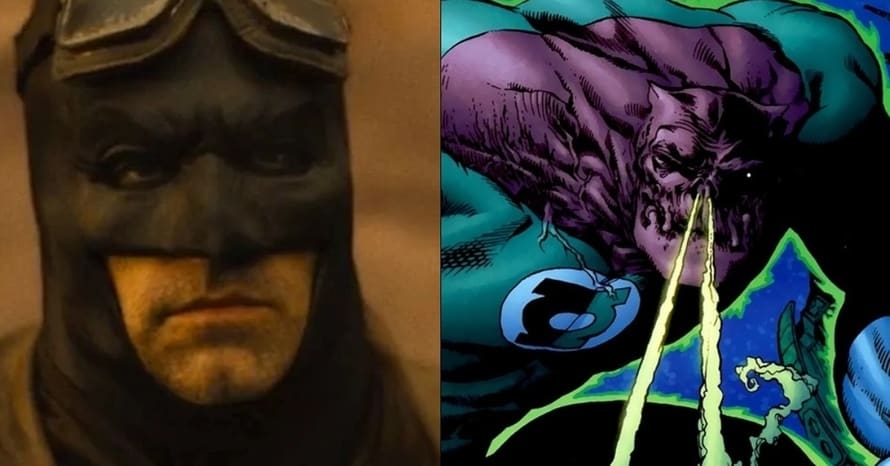 Zack Snyder’s Justice League cut ends with Ben Affleck’s Bruce Wayne meeting Harry Lennix’s Martian Manhunter, but the scene was originally intended to feature John Stewart, one of the most famous members of the Green Lantern Corps. However, Snyder’s version of Justice League did end up featuring two other Green Lanterns — Yalan Gur and Kilowog.

Earlier this week, Justice League concept artist Jerad S.Marantz took to his official Instagram page to post some of his work for the Zack Snyder-directed movie. The artist shared two of his concepts for Kilowog, revealing that teamed up with costume designer Michael Wilkinson to create the Green Lantern character. You can check out the artwork below.

Unfortunately, Kilowog’s Justice League appearance is only a blink-and-you’ll-miss-it Easter egg as the character is seen dead over the remains of the Hall of Justice during the scene in which Cyborg has a vision of the Knightmare timeline. Meanwhile, Yalan Gur can be seen in action during the “History Lesson” sequence before meeting his end at the hands of a young Darkseid.

Zack Snyder’s Justice League cut is now available on HBO Max. Stay tuned for the latest news regarding the future of Kilowog and the rest of the Green Lanterns in the DC Extended Universe, and make sure to subscribe to our YouTube channel for more content!