THOUSAND OAKS, Calif. – Justin Thomas knew next to nothing about Sherwood Country Club when he set foot on the grounds to get ready for (...) 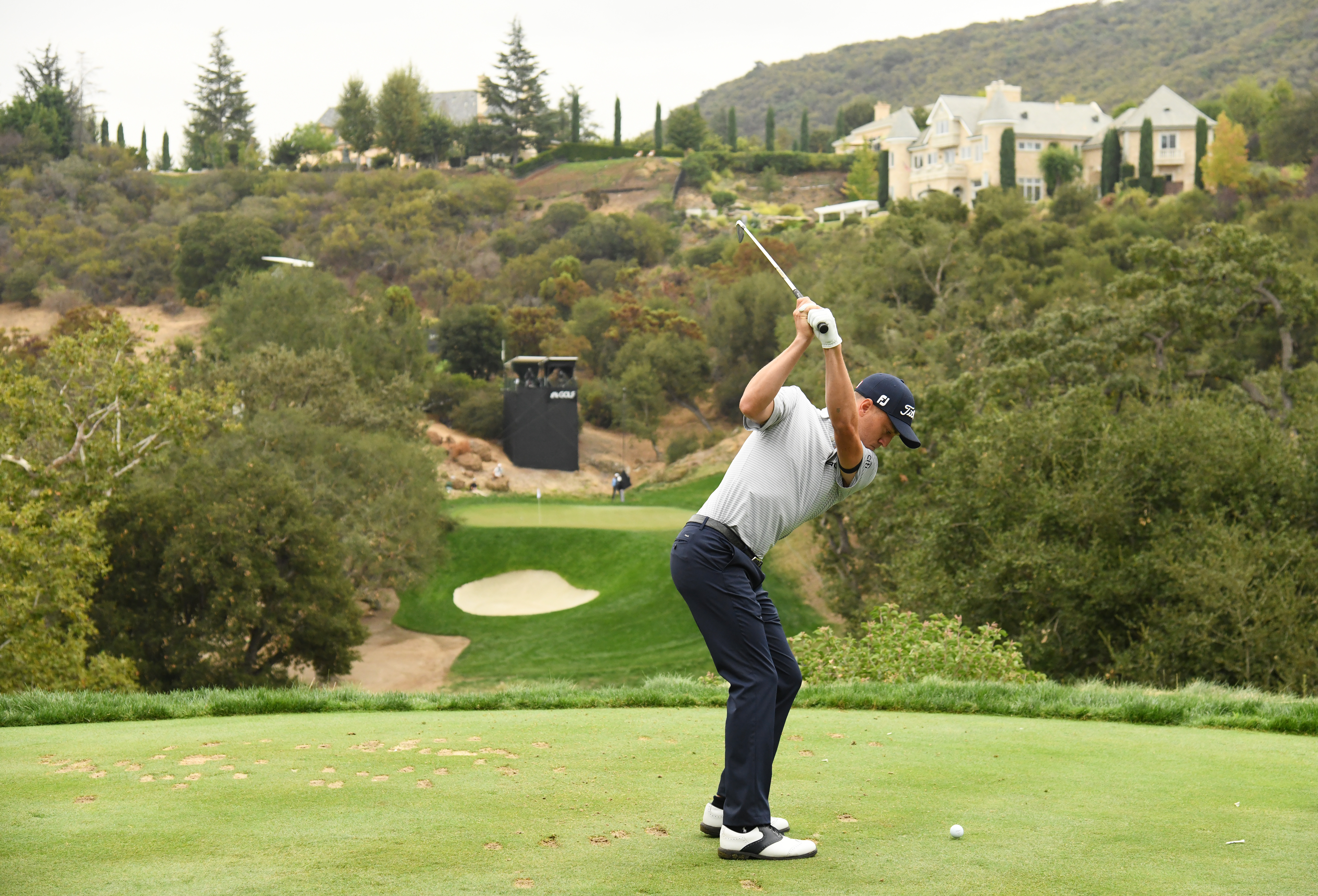 THOUSAND OAKS, Calif. – Justin Thomas knew next to nothing about Sherwood Country Club when he set foot on the grounds to get ready for the Zozo Championship at Sherwood.

Hasn’t taken him long to acclimate. Especially to the back nine.

Thomas posted his second consecutive 7-under-par 65 on Friday to take the lead in the Zozo at 14 under through 36 holes. He has shot 60 this week on the back nine, which features three par-5s. Thomas shot 7-under 29 in the first round on the back nine and a 5-under 31 in the second round.

“I think it’s a coincidence,” Thomas said of his success on the back nine. “One extra par-5 on the back helps, and I parred three of the par-5s on the front, so that’s a big difference right there. I feel like you can get just as hot on the front nine, I just haven’t done so. Hopefully I’ll do it one of these days this weekend.

“(The course) is not very difficult. It’s short and the greens are soft right now. So obviously if they get firmer and they tuck the pins a little bit more, it is going to be harder and the scores will be higher. With some of the pins that they’ve had and definitely just the softer conditions, that’s good scoring conditions for us.”

There certainly has been.

Thomas is just one clear of a stampede of players rolling toward the top of the leaderboard. Just one back are Lanto Griffin (65) and Dylan Frittelli (65). Two back are Patrick Cantlay (65) and Scottie Scheffler (65).

Tiger Woods shot 66 and didn’t gain ground and remains 12 back.

Thomas is already comfortable at Sherwood. Then again, he’s usually comfortable on most courses. The 2017 PGA Tour Player of the Year, a five-win campaign that included victory in the PGA Championship, is looking for his 14th PGA Tour title. The world No. 3 has six top-10 finishes in 12 starts since play resumed in June following a 13-week break due to COVID-19, including a win in WGC-FedEx St. Jude Invitational.

“I played well. I’m not very pleased with the finish. The last six holes I would have liked to at least have got something. Definitely having a 5‑iron and a 5‑wood out of the fairway into two par-5s and making two pars is not good,” Thomas said. “I had a great par save there on eight and I hit a lot of good shots, I just wasn’t near as tight and tidy those last four holes. So just try to go work on that a little bit to where hopefully it’s fixed for the weekend.”

It should be a wild weekend full of red numbers.

Justin Rose, trying to stay patient amid slump, looks to...

A Conference USA school will soon unveil a $1 million state-of-the-art...