Justin Timberlake, Jessica Biel Fleeing Hollywood To Save Their Marriage?

Timberlake and Biel are selling their home of 20 years, and a source reveals why. 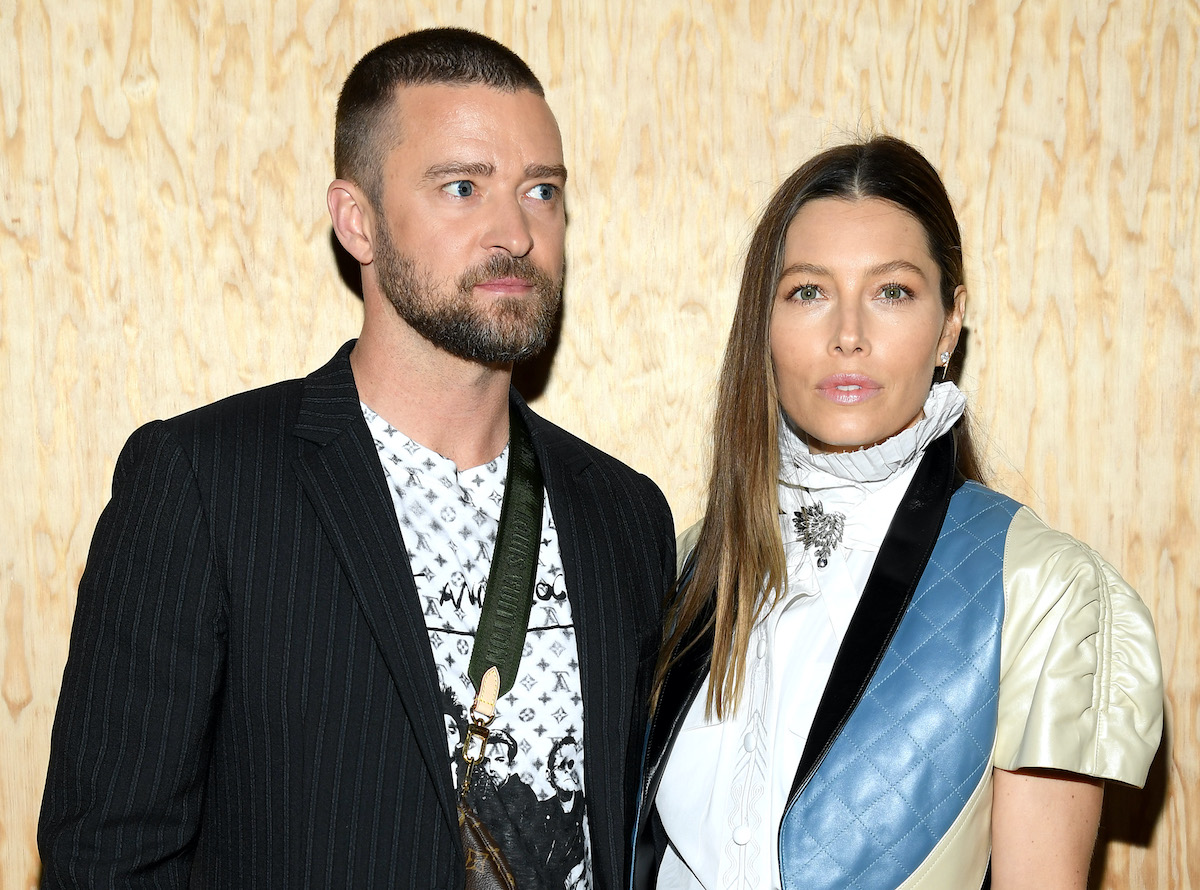 Justin Timberlake landed in hot water when he was caught getting too comfortable with his Palmer co-star Alisha Wainwright. One report says he and Jessica Biel are selling their home and leaving Hollywood in an attempt to save their fractured marriage. Gossip Cop investigates.

According to Life & Style, Timberlake and Biel are putting their love nest on the market. The couple’s LA mansion and home for 20 years is up for the highest bidder because the two are relocating to Montana. “The air is fresh and there are acres of land for their boys to play on,” an insider says. “They love it there.”

The stakes of this move are high because the marriage itself is at stake. Timberlake’s indiscretion with Wainwright continues to haunt him. “Living in Hollywood wasn’t doing them any good,” a source explains. “They hope the move will save their relationship.”

The continuing trust issues have been hard for Biel to overcome. Seeing Timerblake flirt with Wainwright was a nightmare brought to life. She hopes the move to Montana will do the trick, and get the two back on a happy track.

The night out with Wainwright was indeed a huge mistake for Timberlake. Tabloids bring it up constantly as proof that the marriage is shaky. In fact, tabloids have proven completely unable to let the whole incident go even though Biel has. She and Timberlake welcomed another child after the incident, so they obviously see a future with another.

Instead of telling an accurate story, outlets rely on the Wainwright incident constantly. She was supposedly going to cause trouble on the press tour, and she’s apparently the reason why Biel gets presents from her husband. The truth is that this is ancient history. The incident with Wainwright happened in 2019. Palmer came and went to middling reviews, and everyone forgot this ever happened.

It’s true that Timberlake and Biel are selling their LA home so they can spend more time in Montana. However, this is more clerical than anything else. A source tells People, a far more reliable outlet than the tabloid in question, “They’re rarely in L.A. and are happy to live in Montana… they also still have a place on the East Coast.” It sounds like they’ve already made Montana their home base, so there’s no need to keep the home in LA. Actors flip real estate all the time, so this isn’t really a big deal.

Gossip Cop regularly boots Life & Style over its Timberlake coverage. It claimed he was forbidden from seeing Anna Kendrick. A source close to the couple told us that story was nonsense. It also promised a divorce in 2020 over Wainwright, but that never happened. This tabloid is clueless.

Anya Taylor-Joy ditched her formalwear after the Emmys and popped on a onesie to wrestle Cara Delevingne in Jell-O, see the pics. 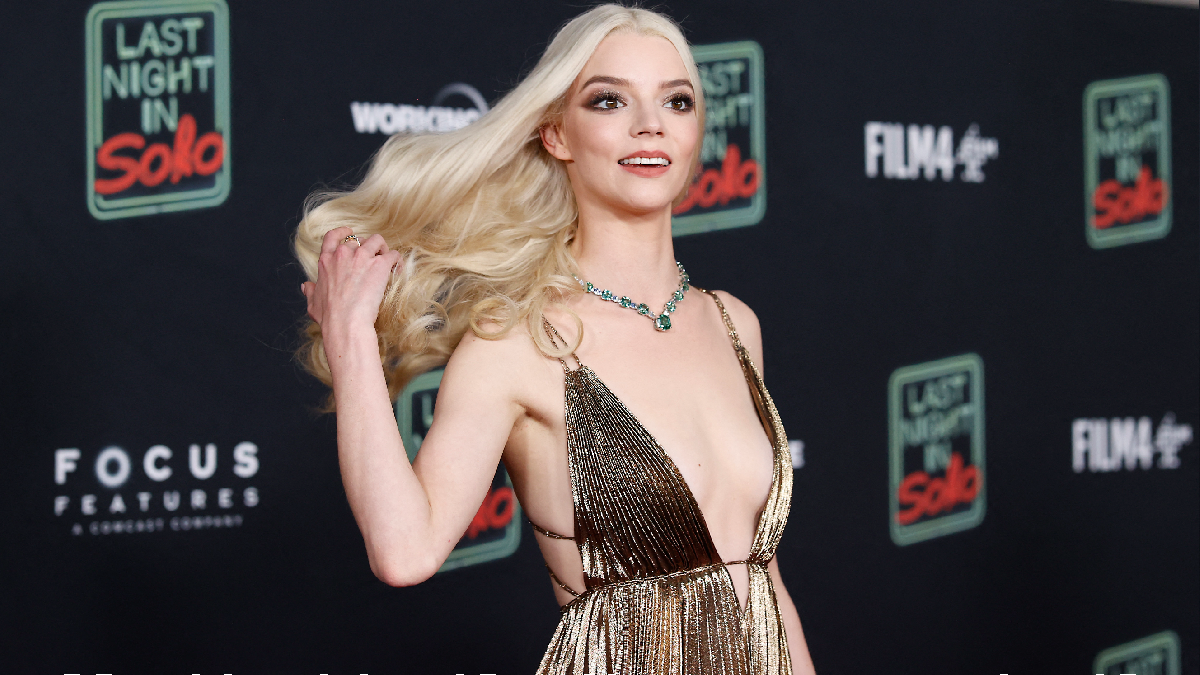 Queen’s Gambit star Anya Taylor-Joy celebrated her night at the Emmys in a unique way with the help of her pal model Cara Delevingne. The two stunning ladies changed out of their formalwear and donned some onesies before wrestling each other in a pool of Jell-O, which Taylor-Joy hilariously described as a “ridiculous” activity she’s “always wanted to do.” Thankfully the actress uploaded a photo of herself and Delevingne so we could get a glimpse at the silly match-up.

During a recent episode of The Ellen Degeneres Show, Anya Taylor-Joy admitted to the comedian that she had an unusual method for dealing with the stress that comes from awards shows.

“Award shows are frightening,” Taylor-Joy told Ellen Degeneres. “They’re really wonderful, but it’s just not really what I do everyday, so I made a rule that whenever I do something that’s scary, I get to do something ridiculous that I’ve always wanted to do.” And that, apparently, meant that the Queen’s Gambit actress got to wrestle in Jell-O.

The experience wasn’t quite what she’d expected, Taylor-Joy confessed to the daytime talk show host. The Jell-O fight, in her own words, was “cold and green. Surprisingly hard.” She added that both the activity and the jiggly dessert were “harder than I thought it was going to be.” The wrestling match itself was also quite different from how Taylor-Joy had imagined it would be.

Check Out The Photo Below

“It’s very slippery and it’s quite slow,” she described. “It’s almost like Tai Chi.” That almost sounds relaxing, honestly. Luckily Taylor-Joy chose her buddy Cara Delevingne as her wrestling partner, which was sure to liven things up a bit. The two leading ladies wore the most adorable onesies.

Delevingne wore a green ensemble as she leaned back against Taylor-Joy while sticking her tongue out. Taylor-Joy, meanwhile, rocked a Tigger onesie and was clearly giggling at Delevingne’s antics. It looks like the two had an amazing time together. What’s more fun than a bit of Jell-O wrestling between gal pals, after all?

Why Anderson Cooper’s ‘Jeopardy!’ Ratings Were Even Lower Than Controversial Guest Host’s
Who Has The Most Followers On TikTok? All About The Platform’s Top Creators
Everyone Brad Pitt Has Supposedly Dated In 2020
Wendy Williams, Gary Owen In A Hot New Romance After ‘Wendy Williams Show’ Interview?
Elementary School Teacher Wins $2.1 Million Home From HGTV, But Will She Actually Live There?
Source : Gossip Cop More

Varun Dhawan has a special birthday wish for Banita Sandhu

Cara Delevingne And Ashley Benson Got Married In Mexico?

Tiger Shroff shares an adorable video of Disha Patani to...

Anil Kapoor and Tiger Shroff step out in the city