At least we know it's set in a galaxy far, far away. The post Kevin Feige Isn’t Ready To Talk About His ‘Star Wars’ Movie Just Yet appeared first on Heroic Hollywood. 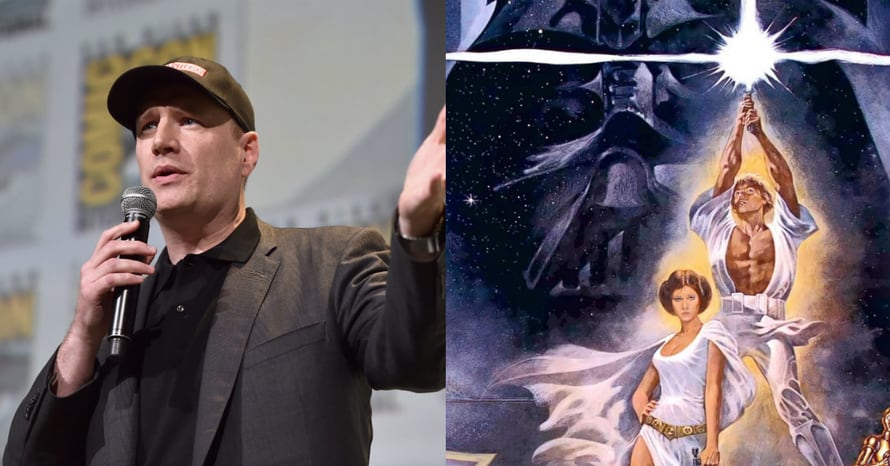 Marvel Studios head Kevin Feige recently touched on why he hasn’t spoken more about the Star Wars movie he’s working on with Lucasfilm.

Although the current future of the Star Wars universe seems to lie in the sprawling slate of shows heading to Disney Plus following the success of The Mandalorian, there’s a few intriguing theatrical projects in the works from figures like Taika Waititi, Patty Jenkins and Kevin Feige. It was announced back in 2019 the Marvel Studios’ chief would work on his own Star Wars film and he later teased that it would explore new planets and new characters instead of relying on the safety of pre-existing heroes or villains.

In recent news it was announced that Loki head writer and creator Michael Waldron will be on writing duties for Kevin Feige’s Star Wars film as part of a new deal with Disney. Clearly both the studio and Feige are impressed by Waldron’s work on Loki. But when speaking to Screen Rant ahead of the WandaVision premiere, Feige explained that he’s not ready to talk about what he has planned for his Star Wars movie because the film is still early in development. His comments clearly suggest that this will be a true passion project and that he’s spending plenty of time working on it.

“It’s all stuff I love, and everything regarding Star Wars is not anywhere near talking about. So, it is Marvel. But if I wasn’t being paid to do it, I would be [thinking about Star Wars] here in my basement just with my toys, and nobody would ever see it. It’s what I think about all the time.”

What do you make of Kevin Feige’s comments about his Star Wars movie? Are you excited to see what he has in store? What do you want to see from the Loki series? Sound-off in the comments below!

Here is the official synopsis for Tom Hiddleston’s Loki:

Loki will premiere exclusively on Disney Plus in May 2021. Stay tuned for all the latest news regarding the Marvel Cinematic Universe, Michael Waldron and Kevin Feige’s Star Wars film. Also, make sure you subscribe to Heroic Hollywood’s YouTube channel for more exclusive video content.

The post Kevin Feige Isn’t Ready To Talk About His ‘Star Wars’ Movie Just Yet appeared first on Heroic Hollywood.