Irish international Kevin O’Brien was left red-faced with a hefty repair bill after one of his eight sixes against North West Warriors pierced directly into the windscreen of a car parked outside Pembroke Cricket Club in Dublin. O’Brien plies his trade for Leinster Lightning, and the match was a part of the ongoing Test Triangle… Irish international Kevin O’Brien was left red-faced with a hefty repair bill after one of his eight sixes against North West Warriors pierced directly into the windscreen of a car parked outside Pembroke Cricket Club in Dublin.

O’Brien plies his trade for Leinster Lightning, and the match was a part of the ongoing Test Triangle Inter-Provincial Series.

O’Brien’s ruthlessly blasted 82 off just 37 deliveries and propelled Leinster to a comfortable victory in a rain-infested match which was reduced to 12 overs a side.

A superb blast from the 36-years-old left the Warriors with a daunting total of 124 to chase in just 12 overs. Except for William Porterfield’s half-century off 30 balls, none of the batsmen rose to the occasion, andthey lost the match by 24 runs (DLS).

Coming back to O’Brien’s car, he straightway headed to the local dealership to get his problems sorted.

Kevin O'Brien's monstrous six from last night, which found its way to his own car ????

Interestingly, the swashbuckler later revealed that this is not the first time he has inflicted damage to his car. A few months ago in a training session, one of his sixes sailed out of Pembroke and caused a big dent in the car.

“It’s actually the second time I’ve hit my own car at Pembroke. We had a training session at the ground a few months ago and I put a dent in the passenger door, so I probably shouldn’t park as close to the pitch as I usually do,” he said.

“It’s just one of those things I suppose, a bit unlucky. I thought I had parked under a tree and I thought it would have been shaded a bit, but the ball must have gone through the branches and straight through the window.”

O’Brien, who still holds the record for the fastest World Cup century, is renowned all over the world for his destructive batting skill. In the 2011 ODI World Cup, the right-hander stunned the cricketing world after reaching the three-figures mark in just 50 deliveries against England.

After winning the Test series against Pakistan, the confidence of England would be sky-high as they are supposed to take on the ‘Men in Green’ in the T20I series starting from Friday (August 28) at Old Trafford in Manchester. The visitors, on the other hand, would be seeking vengeance and hoping to turn things around… 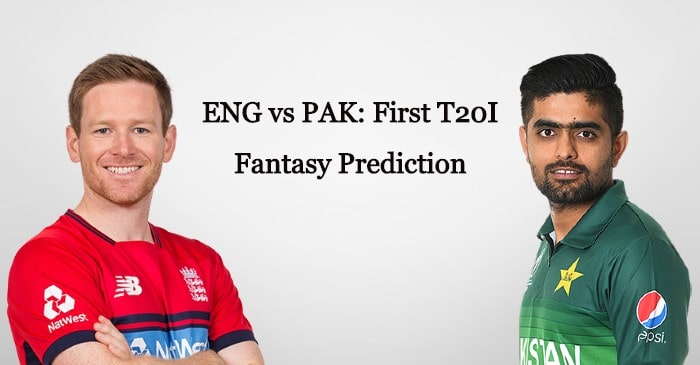 After winning the Test series against Pakistan, the confidence of England would be sky-high as they are supposed to take on the ‘Men in Green’ in the T20I series starting from Friday (August 28) at Old Trafford in Manchester.

The visitors, on the other hand, would be seeking vengeance and hoping to turn things around in the first-ever T20 international series since the coronavirus impacted the fascinating sport.

Just like the ODI series against Ireland, England wouldn’t feature any player from the Test side. Though, Pakistan have included five players from the whites.

The seamers on both sides will be happy as there has been a lot of rain in Manchester in the three days before the T20I series opener. It means that the pitch will have some moisture, and that would help the fast-bowlers.

Just like a few days in the Test series, there will be light showers throughout Friday in Manchester. Expectantly, it would not impact the game that much.

Before the series could begin, England received a setback as their experienced opener Jason Roy has also been ruled out of the T20I series against Pakistan owing to a side strain. However, he’ll remain with the national side to regain full fitness for the series against Australia in September.

Roy’s absence will perhaps give Tom Banton a chance to perform at the top. Captain Eoin Morgan and Sam Billings will handle the responsibility of the middle order while Joe Denly could return to international action as well.

David Willey, Chris Jordan, and Tom Curran will take over the fast-bowling department, while the pair of Moeen Ali and Adil Rashid will lead the spin attack.

Since Pakistan have decided to feature some players from the Test side, they now have a 17-man squad which gives them quite a few options. Mohammad Rizwan’s fantabulous red-ball series may inspire Pakistan management to select him over former skipper Sarfraz Ahmed.

Mohammad Hafiz and Shoaib Malik will play the role of seniors and could well assist new skipper Babar Azam.

Wahab Riaz, Mohammad Amir and Shaheen Afridi will be seen displaying fast bowling while Shadab Khan and Imad Wasim will act as the spin duo.

Top five batsmen with most fifties in Caribbean Premier...

Shane Watson Ensured CSK Will Do Best Possible For IPL...