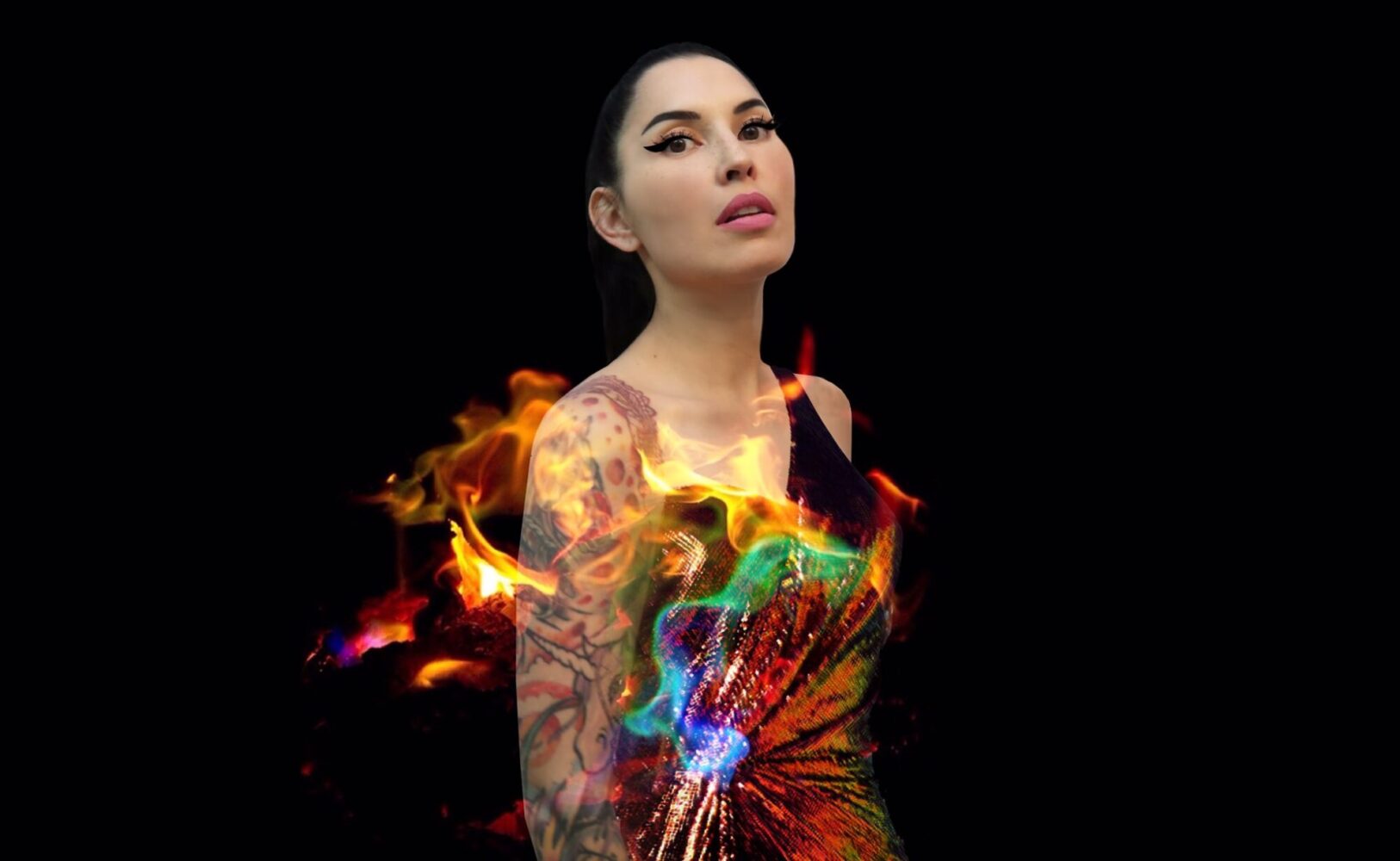 Kianna White of Tilly And The Wall and Yes You Are has announced a solo debut, out on Team Love on September 25th. Amy Britton discovers more.

Kianna White describes the process of her debut solo record as an “odyssey” and there is an instant sense of a part of a wider journey from the very first listen. Of course, so much of this rests on various contexts – both the current strange conditions to be making music within, and on the rich history of her journey. White has never been one to play musical statues. Carving out a hugely acclaimed name firstly with indie Noughties darlings Tilly And The Wall, and then over the past three years with Yes You Are, a shared project with now-husband Jared White, White has already proven herself the team player who you would want on your team.

Now, White’s first solo release, Homecoming Queen, is set for release on September 25th on Team Love. Any presumption that going solo would mean a more minimal creation – particularly in lockdown – is quickly proven wrong. Homecoming Queen showcases Whites almost therianthrope ability to adapt and creates something stunningly ethereal. Where Tilly And The Wall feel like the voice from the heart of the action, as a solo act White is reflective, an onlooker.

The protagonist is so very much an emblem of youthful popularity, an all-American heroine. And whilst White’s lyricism does softly yearn for her friendship, there’s a lot more going on here. More than typical female envy – or “girl crushing” – White reflects on other emblems. Mary Magdalene, the ruiner of the Madonna/whore binary which famously fuels tropes of femininty.

Shimmering like a prom Queens tiara, the looping refrains and hypnotic vocals of Homecoming Queen build something truly mesmerising. White’s history in the art of placement with the work of Yes You Are is reflected, as this feels like the soundtrack to something yet to be written. A closing scene of a mist-fuelled coming-of-age film. A sensual gaze. The look over the shoulder of the heroine with hidden depths.

Full of irridescent warmth, Kianna White’s solo debut is the record the arrival of autumn is calling for.

I caught up with Kianna to tell us more.

I really love this solo record by the way! Was it a conscious decision to try and create a different feel to previous work? (Though it still “fits” seamlessly.)
Thank you so much! With my last band Yes You Are, I felt that the songs themselves were good but couldn’t lock into the right sound. I make demos that have a very vibey feel and lots of sounds that I find interesting. Found sounds, chopped up beats, manipulated instruments and vocals…things like that. I really love the demos, but essentially, they are unusable as recordings because they’re ridiculously lo-fi. So my dream has always been to find a producer that understands them and how to bring them to life sonically but, for whatever reason, they would take a turn in a direction that made me uncomfortable. These new songs are getting closer to what I dream of them sounding like, so I’m very hopeful because this is just the beginning.

Any particular symbolism in choosing a theme like a Homecoming Queen? (They’re aren’t a concept over here but seem of pretty huge social significance!)
Yes for sure, there’s specific symbolism…though I always want the lyrics to work on every level. I want them to work on the surface level and then on multiple other levels as you go deeper. The deepest level will always be in the interpretation of the individual listener. This song uses archetypes, which I feel is a direct way to impact the listener with meaning, even if they don’t think they like the song. If you’d been searching for home for a long time, you might feel like royalty once you found it.

It’s great you managed to innovate in lockdown enough to make a video, was that quite a natural thing? Is innovation and adaptation almost innate?
I have always had ideas I felt were innovative, but never how to bring them to life. So I’ve struggled with that forever because its like…who cares about an idea that never exists outside of my mind, ya know? The isolation and limitations of pandemic life have brought out a lots of issues for me. Like Mariana Trench level of deep dive introspection. That’s never easy but it turns out, staring into the abyss is pretty magical. So when we suddenly needed a video completed within a super short amount of time, I was primed, and the inspiration hit right away.

I’ve been messing around with Snapchat filters for a while now, just super interested in the bizarre nature of digital masking. I love learning how glitch them out and make them do things that they aren’t designed to do. I’d post weird little clips of them from time to time on my Instagram stories and would always got way more response and positive feedback to them than I expected. So I ran with that as the main concept and the rest literally came as I went along. It wasn’t until after the video was completely finished that I watched it and saw the strange tie-ins as I watched a girl dancing within one confined room, wearing a million different faces and looking like she might be losing her mind. Its weird what happens when you’re forced to work on a mega deadline, alone, without much sleep for a week!

All words by Amy Britton. Find more on her archive here.

Lin-Manuel Miranda Explains How ‘Hamilton’ Serves as a...