King in Black Just Got a Huge Advantage Over The Avengers

King in Black has seen the Avengers repeatedly fail against Knull, and the X-Men just gave him a huge advantage over any human heroes. 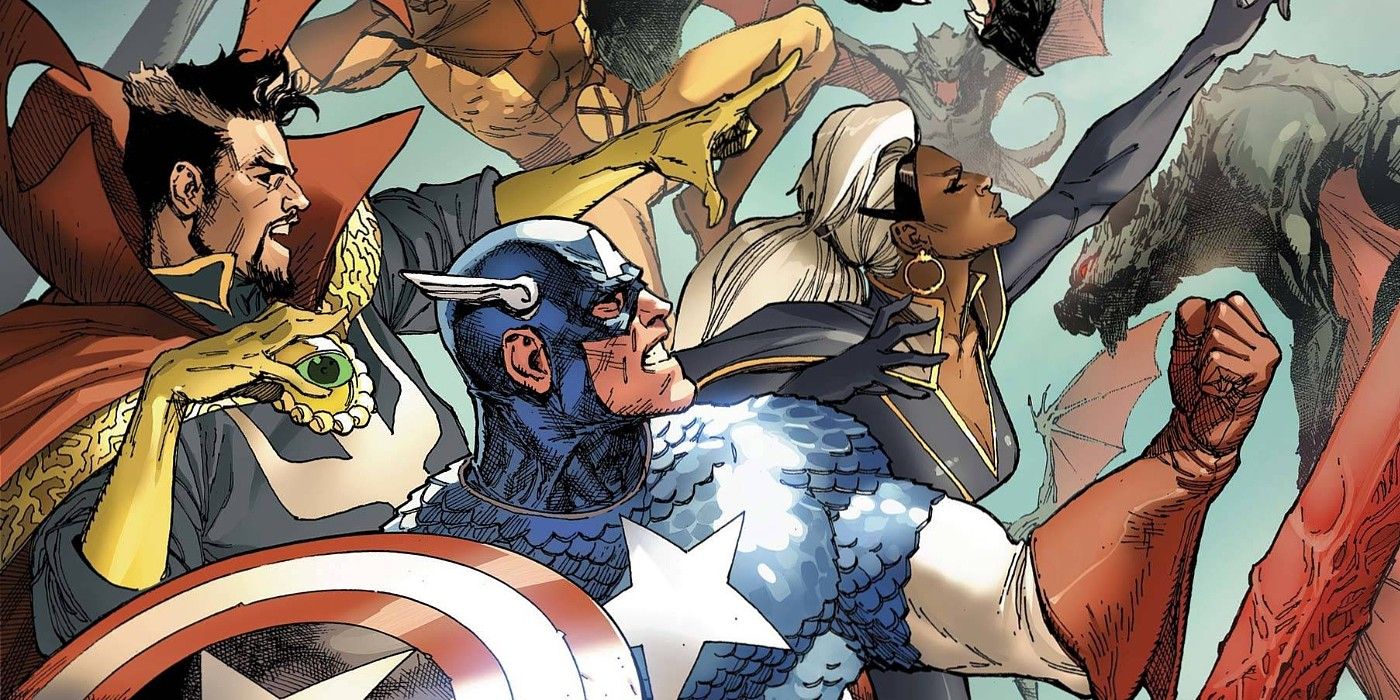 The  just got a huge advantage over the Avengers after discovering instantaneous travel, potentially on an intergalactic level, that was previously only accessible to mutants. Since Knull invaded Earth and swiftly became the dominant force on the planet, heroes around the globe and in orbit have been working vigorously to try and stop the god of the void. The latest issue of S.W.O.R.D. reveals the mutant space team is among the remaining heroes still fighting the seemingly unstoppable symbiote god. While undertaking a daring mission involving mutant extraction from Krakoa, the mutants unwittingly showed Knull the secret to their survival thus far, which the King in Black can now abuse freely.

In S.W.O.R.D. #2 by Al Ewing and Valerio Schiti, the cosmic mutant team located on a space station in Earth’s orbit are discussing the best course of action in attempting to salvage the planet, or even just the remaining mutants, in light of Knull’s attack on Earth. The mutant space team decides to use a Krakoan gate to travel to Krakoa using two groups, one of which will assess the situation then head to New York to assist their mutant compatriots on the front lines, and the other of which will extract the Five and ensure mutant survival across the cosmos. The plan worked well enough, give or take a symbiote dragon or two, until a Knullified Cable stepped through a Krakoan gate, the King in Black gleeful at the fact that he now has access to an island of potential mutant hosts and a world-spanning teleportation system.

Related: Captain America Confirms The Most Crucial Avenger To Beat The King in Black

After stepping through the portal, Knull now knows that if he uses his symbiotes to gain control over mutants, he has access to instantaneous travel all over the world and anywhere where a Krakoan flower has been planted and a gate has formed. With his mission of engulfing all life in the cosmos, the portals give Knull an unprecedented ability to marshal his forces (who he can control at will) wherever they're needed. Not only can Knull now use a mutant traveling system, regular non-mutant heroes cannot, giving the King in Black that much more of an edge over the Avengers in future battles.

Up until this point, the mutants had almost a free pass out of the war with Knull on their island nation, as shown in King In Black #2 when Xavier and Magneto pulled the mutants out of the battle and refused to send in any more reinforcements. With the addition of S.W.O.R.D. #2, mutants are now just as vulnerable as the heroes of New York were in King In Black #2 while also inadvertently increasing Knull’s travel speed and ability to deploy his forces at a moment's notice, making it nearly impossible for the heroes to keep up.

As Knull's war spread around the world, hitting locations like Wakanda, his access to the Krakoan gates may be the single biggest tactical loss of the event so far. What's more, if the mutants had stayed united with the remaining heroes of Earth instead of sticking with their crusade of only looking out for their own kind, they could have met Knull with a combined force rather than now having nowhere to turn. Regardless of whether or not the Marvel heroes could have stopped Knull from reaching Krakoa if they stuck together, once the mutants pulled out of the war with Knull and his ever-growing army, the got a huge advantage over the Avengers, and thanks to the X-Men's insular self-protection, he just gained another.

Goodbye Robin, Batman's Son is Getting a New Identity

Ghost Of Tsushima Features A Classic Final Fantasy & One...