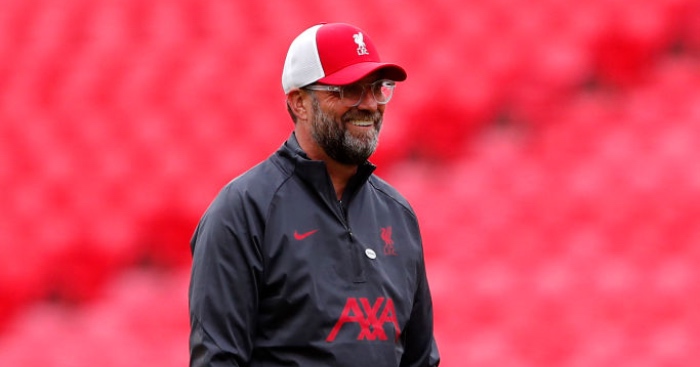 Jurgen Klopp is ready for questions about Liverpool’s lack of transfer activity; he knows they’re coming. He talks of financial “uncertainty” and reminds us that his club is different to those “owned by countries, owned by oligarchs” – they have to work differently. He’s right, of course, but there must be frustration and worry behind the public brave face. .

If their head is above the surface and all their rivals are floundering – like last season – then yes, they can. But Klopp’s is a squad with little-to-no wiggle room; a key early-season injury will hamper them more than either Manchester City or Chelsea, who both have superior back-up options and surely won’t make as many mistakes as last year.

Liverpool have an advantage, certainly over Chelsea, in that the nucleus of their group know each other intimately – a point Klopp has used in defence of their lack of activity.

“You cannot bring in the 11 best players in the world and just hope a week later they play the best football they ever will play. It’s about working together on the training ground. That will probably be an advantage for us. We’ve worked quite a while with each other, but I know people don’t want to hear that.”

But no-one is suggesting Liverpool should bring in close to the number Chelsea have acquired this summer; it would be totally unnecessary. The truth is it would be very difficult to improve any one position in the first team. Thiago Alcantara would be a bargain option, but otherwise it would take an extraordinary amount of money. Money Liverpool either don’t have (which is fine) or are not willing to spend in the current climate (which is also fine).

It’s the lack of fail-safe options that could prove to be their undoing. In a season in which players will be run into the ground through an overbearing fixture list, squad depth will be more important than ever before, and Liverpool’s back-ups are at best unproven and at worst simply not good enough.

It would be an absolute joy to be a member of Liverpool’s first team right now. ‘Fresh’ from a title win, you’re a brilliant player with a charismatic manager leading you into the new season. And, you’re under next-to-no pressure to keep your place. There is no competition.

Sepp van den Berg for Virgil van Dijk? Facetiousness, maybe, but he is one of just four centre-half options.

If the first team all stay fit, Liverpool will probably win the Premier League but, as Gary Neville suggests, it would take a “super human effort” and “it would be ridiculous to suggest there would not be a slight drop-off”.

Even with the likely focus on the Premier League and Champions League and continued disregard for the domestic cup competitions, those 11 players are going to be knackered by the turn of the year. And while City rotate Sergio Aguero, Gabriel Jesus, Raheem Sterling, Riyad Mahrez, Bernardo Silva and Ferran Torres, brief five-minute cameos from Divock Origi, Harry Wilson and Minamino are going to leave Liverpool’s front three utterly exhausted.

Suitable replacements wouldn’t break the bank, and while other sides look to actively trim and sell off unwanted assets to drum up money they don’t have, Liverpool appear to be employing a wait-and-see attitude with the likes of Xherdan Shaqiri that could see both parties stuck with a solution that helps neither.

And why no free transfers? Any of these 12 options would have improved their squad. They were interested in Ryan Fraser and Thiago Silva would have been quite the man to have in reserve for Van Dijk.

Whilst a reactionary splurge following Chelsea’s incredible business would be counter-intuitive to Liverpool, Klopp and Michael Edwards’ methodical transfer approach, there is still room for a bit of imagination in the market. Deals can be wangled; calculated risks do sometimes pay off; a riposte is allowed.

What was an initially surprising, but understandable decision to have a quiet window now verges on negligent and short-sighted. As is the requirement of every Premier League-winning manager, Klopp will no doubt remind everyone that retaining the title is more difficult than winning it the first time. In this instance, he will be spot on, but they have made it far more difficult for themselves through their inaction.

Wilder confident of loan deal amid links with Liverpool man