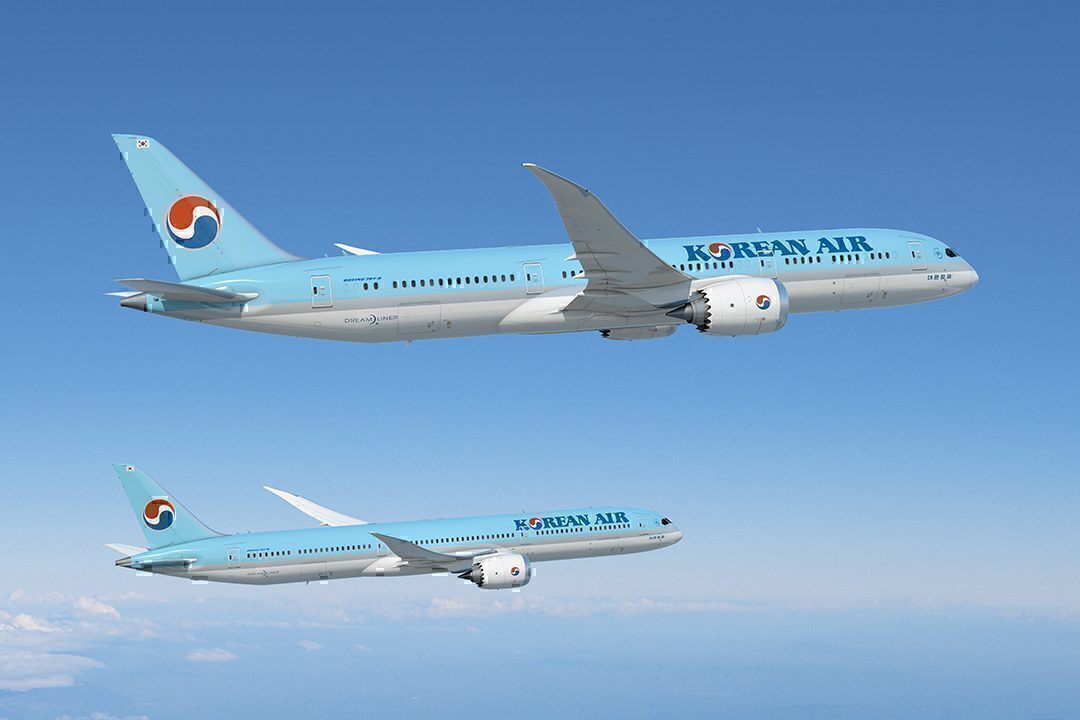 South Korean flag carrier Korean Air is planning on reopening flights to various international destinations around the world. The airline announced on May 7th that it would be resuming service to destinations in North America, Europe, and Asia that had once been suspended. Services to these cities will resume in June in anticipation of COVID-19 travel restrictions easing.

According to FlightGlobal, Korean Air plans to operate 32 of its 110 international routes in June. Equivalent to 146 flights per week, this is nearly triple its May operations, which saw just 55 flights per week across 13 routes.

Below is Korean Air’s International Flight Operations for May and June 2020. Numbers in parentheses indicate the number of flights per week:

The airline notes that the addition of these passenger services will also equate to additional cargo capacity.

Is it too optimistic?

With the start of June less than three weeks away, one has to ask if the airline is being too optimistic with some of its destinations. After all, the United States continues to see in excess of 20,000 news cases per day, even amid accusations that access to testing is limited.

Looking north to Canada, the situation seems to be slightly more optimistic. CTV News reports that health officials in Ontario (which governs Toronto) saw another dip in new COVID-19 cases today, with just 294 new confirmed cases- the lowest number of new cases reported by the province since March 31.

However, on Canada’s west coast, the health officer for British Columbia (which governs Vancouver) told residents not to expect overseas travel this summer. Dr. Bonnie Henry made the following statement earlier this week:

“I also think that if we look around the world, we’re not going to have a whole lot of global travel or international travel in the coming weeks and months.”

On the surface, this sounds like it would drastically impact Korean Air’s service to Vancouver.

And then, looking within South Korea, the country could face subsequent waves of the virus. According to the Globe and Mail, the country today reported 34 more cases – many of these new infections were linked to nightclubs that were re-opened as restrictions eased. This was the first time that South Korea’s daily infections rose above 30 in about a month.

Come June, it is highly likely that there will indeed be demand on many of these routes as thousands of people around the world have been unable to travel for several months now. However, this demand can only be met if countries ease their travel restrictions, which at this point, remains up in the air.

We think that services within Asia have the best chances of going ahead. However, Europe and North America seem a little more unclear.

Do you think Korean Air is being too optimistic with scheduling routes for next month? Will it only result in disappointed passengers needed to reschedule their plans? Let us know your thoughts in the comments.

Will American Use The A321neo To Replace 757 Routes?

WestJet Suspends Transborder And International Flights Through To June 25

WestJet Suspends Transborder And International Flights Through To June 25 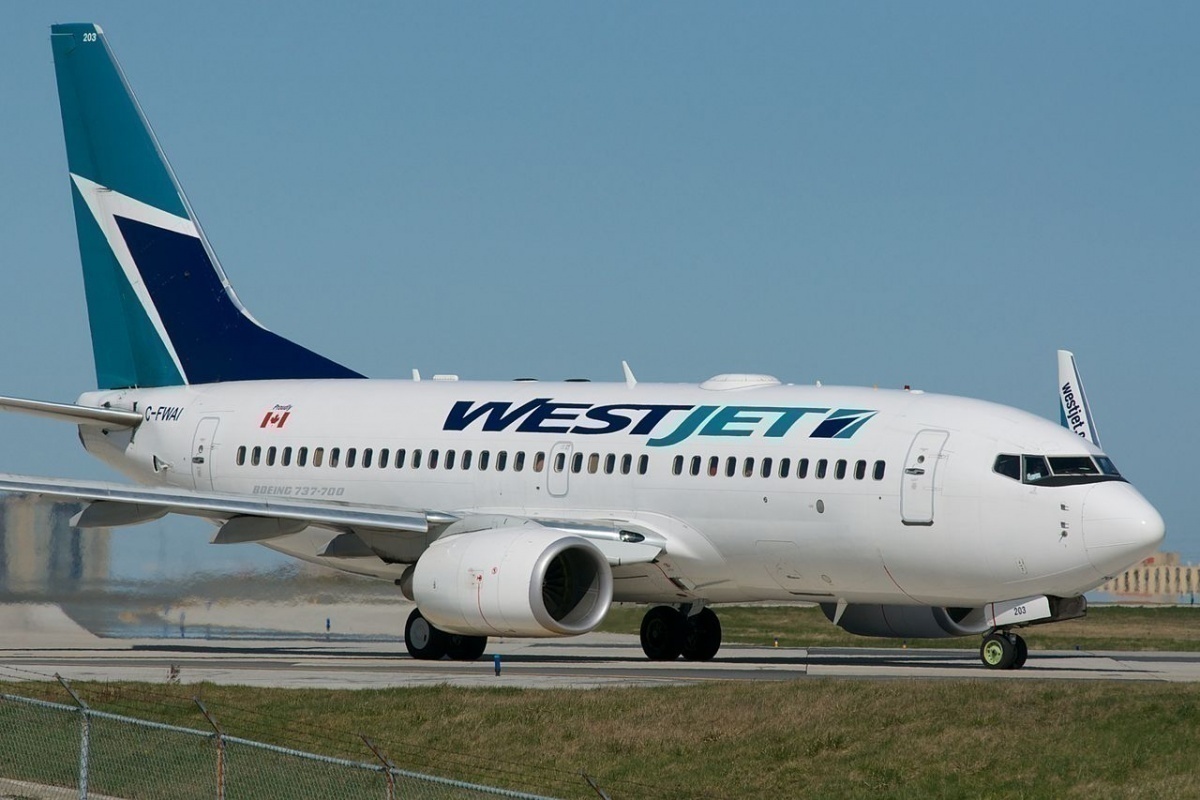 Canada’s WestJet is suspending dozens of domestic routes over June in response to a significant fall in passenger demand. WestJet is also extending the suspension of its international and transborder flights. The carrier has been hit hard by the chilly pandemic generated winds buffeting global aviation. Today’s announcement of a fresh round of flight suspensions suggests WestJet is anticipating the pain to last a while yet.

WestJet is suspending a raft of domestic services from 5 June through to 4 July. The bulk of these flights are either to or from Vancouver, Calgary, and Edmonton. These are also service suspensions, albeit fewer, from Toronto, Halifax, Winnipeg, and Kelowna.

Three key cities are temporarily losing a lot of services

Other WestJet ports are seeing fewer suspensions over the start of summer. From Toronto, three routes are being rested. These include Toronto – Victoria, Toronto – Regina, and Toronto – Saskatoon. It’s a similar scenario at Winnipeg, which is seeing the Winnipeg – Ottawa, Winnipeg – Regina, and Winnipeg – Halifax routes not flying over June.

Some cities are being hit particularly hard by these suspensions. Saskatoon, for instance, is losing three separate WestJet services, to Vancouver, Edmonton, and Toronto, respectively. In total, that’s about 40 fewer flights a week in and out of Saskatoon. It’s a similar situation at Regina, which is collectively losing about 35 flights a week to Vancouver, Edmonton, and Toronto.

In a short statement, WestJet acknowledges trying to keep routes open to accommodate essential travel and cargo while also catering to significantly reduced demand for travel.

The airline also notes that some of its seasonal flights will now have a new start date. Calgary – Charlottetown, Winnipeg – Montreal, Toronto – Kelowna, and Toronto – Sydney (NS) will now start on 5 July. A further seasonal service, Calgary – Quebec City, is currently set to commence the following day, 6 July.

It has been a torrid few months for WestJet

These new flight suspensions come on the back of extensive service cuts this month. Some 600 WestJet flights a day are being cut throughout May. That’s about 18,000 flights over the entire month – a lot of lost revenue for the airline. While WestJet is trying to maintain some domestic flying, it has suspended its international routes, including the short transborder hops over to the USA. These flights will remain suspended until 25 June. In April, WestJet was carrying passenger loads 95% down on the previous April. At the time Ed Sims, WestJet’s CEO, said the airline needed to make tough decisions to survive. He told The Globe and Mail;

“The reality of this crisis continues to require WestJet to make mission-critical decisions to ensure the sustainability of our airline.”