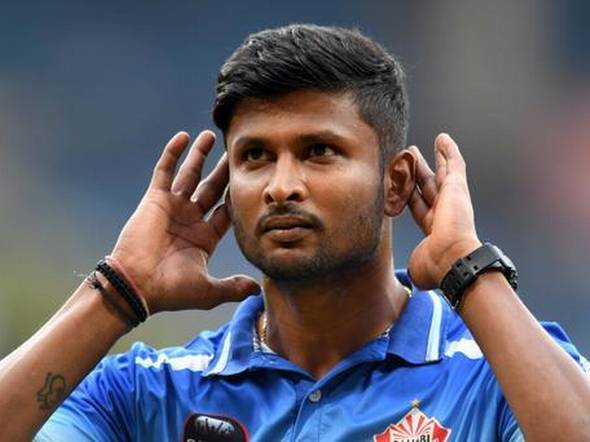 Krishnappa Gowtham and Yuzvendra Chahal, two more Indian cricketers have tested Covid-19 positive during the latest tests conducted by health authorities in Sri Lanka according to sources from the Sri Lanka Medical Authority.

Indian cricketers Krishnappa Gowtham and Yuzvendra Chahal have been forced to stay back in Sri Lanka after testing positive for COVID-19 in pre-departure tests, joining all-rounder Krunal Pandya who is already in isolation after being infected earlier.

Every member before boarding a return flight was supposed to undergo an RT-PCR test and there Krishnappa Gowtham and Yuzvendra Chahal, deemed as close contacts of Krunal Pandya, have been found positive. Six others — Hardik Pandya, Manish Pandey, Ishan Kishan, Suryakumar Yadav, Prithvi Shaw, and Deepak Chahar — are free to depart the country.

Eight more players who were identified as his close associates were later isolated as a precautionary measure.  Meanwhile, according to sources, apart from the infected players, the cricketers from the Indian team who have tested negative will leave Sri Lanka soon. Prithvi Shaw and Suryakumar Yadav are supposed to be flown to the United Kingdom where they will join as replacement players after Avesh Khan and Washington Sundar got injured.

India lost the T20 series 1-2 after several players of the squad had to be isolated owing to Krunal Pandya’s infection. The ODI series was delayed by five days and then the second T20 International, slated on Tuesday, had to be deferred by a day after Krunal Pandya tested positive, having shown symptoms on that day.

In the 2nd T20I match, India was restricted to a modest 132 for 5 with skipper Shikhar Dhawan top-scoring with 40. The hosts Sri Lanka then chased down the target with four wickets in hand and two balls to spare.

In the 3rd and final T20I, opting to bat first, -led India got off to a poor start as the captain fell for a golden duck. Birthday boy Wanindu Hasaranga’s 4 for 9 and SL skipper Dasun Shanaka’s brilliant athleticism and 2/20 restricted India’s inexperienced batting line-up for a mere 81/9 in 20 overs-their second lowest T20I score.

Graeme Swann Hopes Virat Kohli Will Come Out Flying In The 5-Match Test Series Against...

South Africa has confirmed a white-ball tour of Sri Lanka from September 2-14 in which the teams will contest three one-day internationals and three Twenty20 matches. It is the shorter format games that will be of most interest to both sides with the Twenty20 World Cup in the United Arab Emirates and Oman starting just over a month later. South Africa Confirms A White Ball Sri Lankan Tour Comprising 3 ODIs And 3 T20Is Sri Lankan Cricket has confirmed that Sri Lanka will host South Africa for a white-ball series, starting 2 September. The teams will lock horns in three 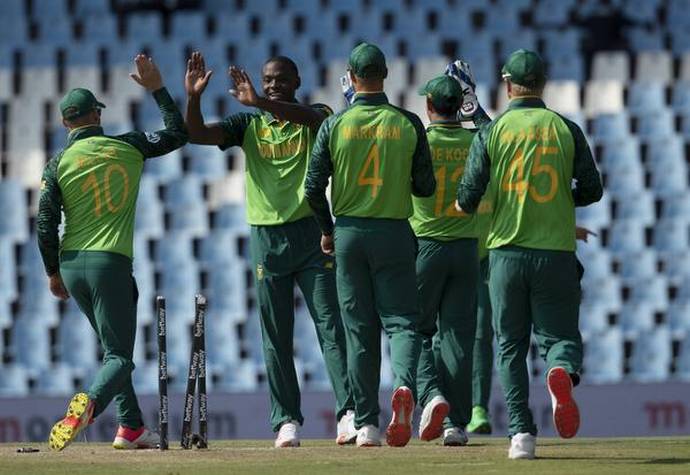 South Africa has confirmed a white-ball tour of Sri Lanka from September 2-14 in which the teams will contest three one-day internationals and three Twenty20 matches.

It is the shorter format games that will be of most interest to both sides with the Twenty20 World Cup in the and Oman starting just over a month later.

Sri Lankan Cricket has confirmed that Sri Lanka will host South Africa for a white-ball series, starting 2 September. The teams will lock horns in three ODIs and as many T20Is.

“Playing against quality opposition in the sub-continent is the best way for our team to prepare for this event and we are grateful to Sri Lanka Cricket for accommodating us during this time of the year where schedules are highly condensed,” Cricket South Africa Acting CEO Pholetsi Moseki said in a media release on Friday.

The series will end five days before the resumption of the second phase of the 14th edition of the Indian Premier League (IPL) 2021. This will be South Africa’s first white-ball series in Sri Lanka since 2018 when it won the five-match ODI series 3-2 and lost the one-off T20. Both series will be played at the R. Premadasa International Cricket Stadium in Colombo.

It is noteworthy that the Sri Lankan team would continue to miss the services of , Danushka Gunathilaka, and Niroshan Dickwella who have been suspended following the bio-bubble breach during Sri Lanka’s tour of England.

IPL 2020: Complete list of team hotels for all eight franchises...

Welcome To The Club: Anil Kumble To James Anderson On Reaching... 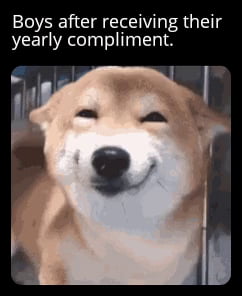