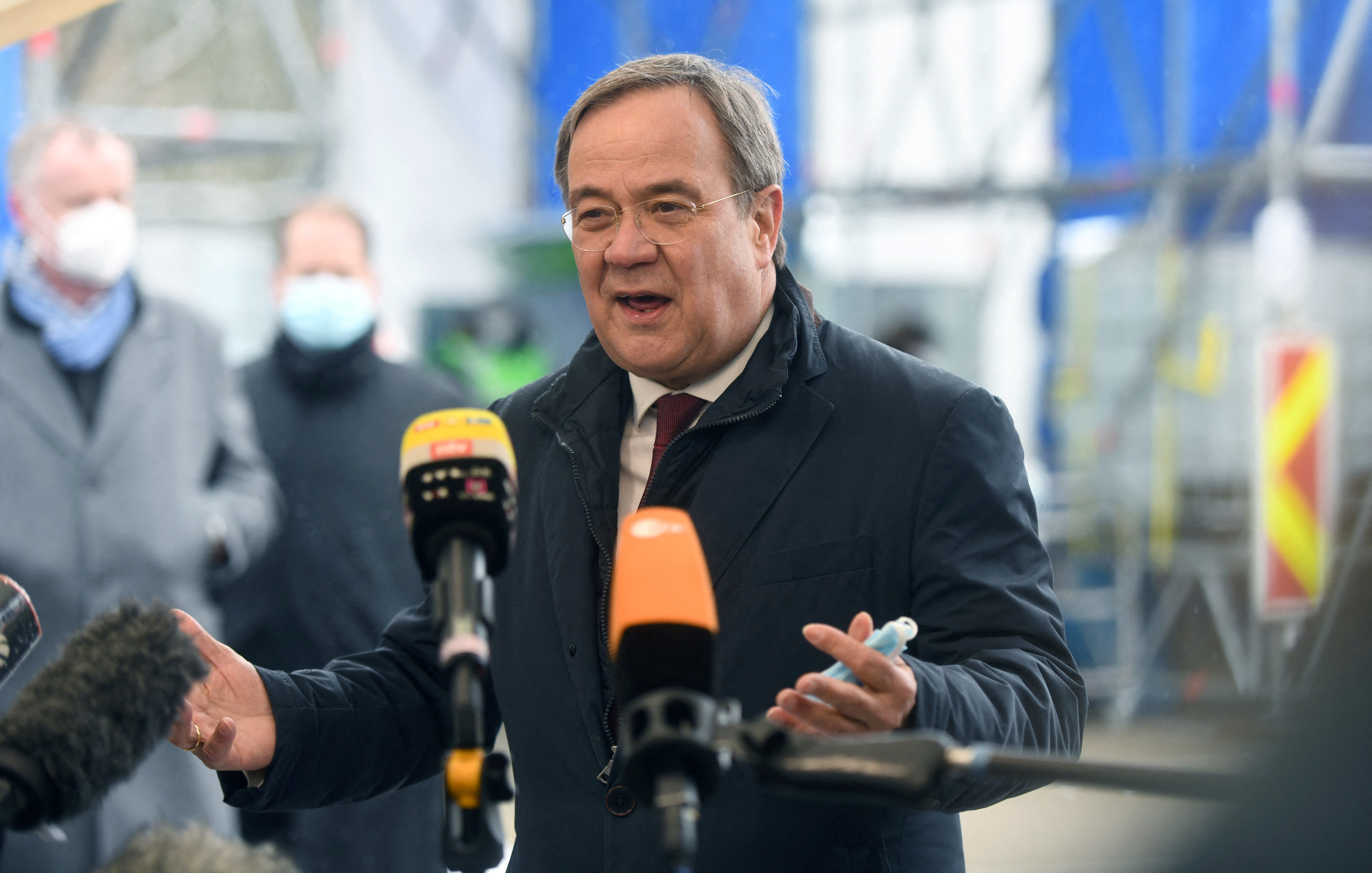 The center-right Christian Democratic Union (CDU) and its Bavarian sister party, the Christian Social Union (CSU) “would do very well to make the decision together. And very promptly,” Laschet told the BILD am Sonntag weekly. He declined to give a precise date for the decision, but said: “If I take into account the mood across the CDU, the decision should come very quickly.”

The CDU/CSU alliance is facing internal pressure to decide swiftly on a lead candidate for the September 26 elections as its poll ratings plummet and the second-placed Green party is set to pick its lead candidate on April 19. Incumbent CDU Chancellor Angela Merkel has said she won’t run again in the elections.

Laschet’s comments come ahead of a closed-door meeting of the executive committee of the CDU/CSU parliamentary group on Sunday, in which Laschet, CSU leader Markus Söder and Merkel will participate to “discuss current and future issues,” according to an announcement. Laschet and Söder are the leading rivals for the candidate position.

Ralph Brinkhaus, the leader of the CDU/CSU parliamentary group, said Sunday that there is “a great interest” in taking a decision on chancellor candidate “quickly.”

Yet Laschet denied speculation that a decision could come from Sunday’s meeting. “The meeting of the group’s closest leadership circle had been planned for months,” he said. “It’s about the corona crisis and the big tasks that we all have to deal with every day and that lie ahead of us.”

Söder told the German weekly Spiegel on Thursday that any decision on the candidate must take into account the contestants’ popularity — something that would benefit him as he enjoys much higher ratings than Laschet among German voters. Laschet downplayed his poor popularity ratings, telling Bild am Sonntag he had succeeded in bringing the party together since winning the party leadership in January and was “getting a lot of support.”

Poll support for the CDU/CSU has fallen from 36 percent in January to 27 percent, while the Greens improved their rating from 19 to 22 percent.

Laschet also said he stood for continuity with Merkel’s political objectives: “I have been in agreement with the chancellor for years on basic policy issues — from the euro rescue to refugee policy. Even when the conflict with the CSU escalated two years ago over a European refugee policy. Such a rift must never be repeated.”

Those comments were a broadside against Söder, who repeatedly rebelled against Merkel’s refugee policy and played a key role in an escalating political fight in June 2018 that threatened to bring the government down.

Speaking about the battle against the coronavirus pandemic, another divisive issue in German politics, Laschet advocated an early halt to age prioritization for vaccination, once the most elderly and vulnerable have been jabbed, to allow all interested adults to book an appointment for vaccination.

“When the big amounts of vaccines come in at the end of the spring, vaccination priorities should drop and vaccination should be opened to everyone,” he said. “That would be an important building block in building the bridge to a summer with a lot more freedom.”