Last of Us 2: Why Infected Monsters Are Called Clickers

As the third stage of Infected, Clickers are some of the creepiest monsters in The Last of Us games. But why are they called that in the first place? 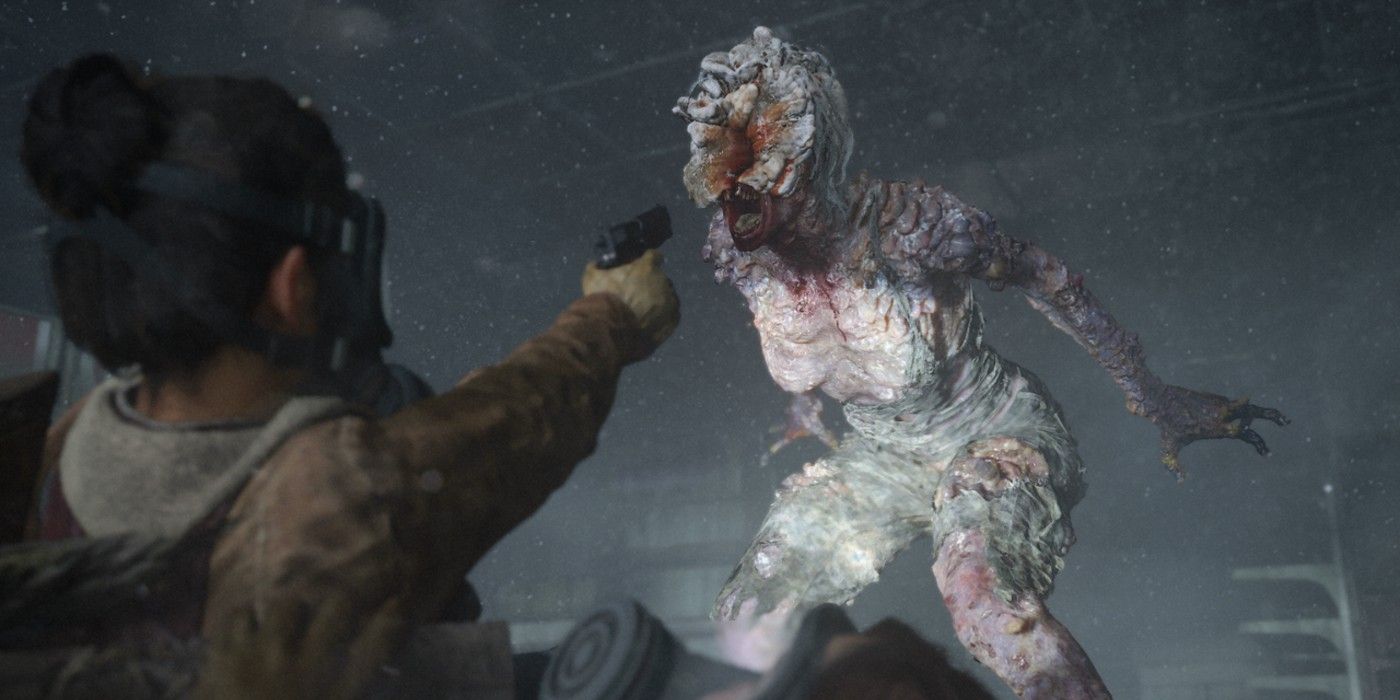 The world of The Last of Us games is brutal. Whether it's the Infected who stalk the ruins of civilization or the raiders and outlaws who hide in broad daylight, there's danger around every turn. While humans in the games can be nearly as vile as the Infected, the creepiest enemies players encounter might just be Clickers. And if Clickers weren't already scary enough, they're actually based on something that exists in the real world.

The Last of Us games primarily focus on two characters named Joel and Ellie. The world has been ravaged by the Cordyceps Brain Infection (CBI), which has killed off about half the world's population. These spores can infect a host, turning them into a variety of monsters over the course of weeks, months, and even years.

Related: Where The Last Of Us' PS5 Easter Egg Is In Astro's Playroom

Clickers are the third stage of the CBI fungal infection, which takes about a year to reach. By this time, CBI has given the host supernatural strength and turned them extremely violent. Before even being spotted, The Last of Us' Clickers can be easily recognized by the haunting clicking noises they make. It's similar to the chitinous clicking noises a bug makes (although fungi have chitin, too). This explains how Clickers got their name in the , but it also helps to draw the line to the real-world fungus that inspired it.

If The Last of Us' Clickers weren't scary enough, they're actually based on a fungus that takes over bugs as hosts. This is actually called the Cordyceps fungus in real life, and it essentially grows mushrooms on a host's head that takes over control of their body. CBI is the same concept, although it affects humans in The Last of Us. However, this explains some of the bug-like inspiration for Clickers.

Since CBI was already inspired by a real-world fungal infection for bugs, it makes sense that some of the traits of a Clicker would be bug-like. This chitinous clicking noise is the reason they're called Clickers, but it also hints at the true inspiration behind it all. It's a clever and subtle nod to the real-world Cordyceps fungus and the bugs that serve as hosts.

Clickers are now iconic to the series, and if a sequel to Part 2 happens it's likely that these monsters will return to scare players on the PS5. Since seemingly sets up a third entry, it's a pretty sure bet these creepy Clickers will be back again. For good or bad, they're now an important part of The Last of Us' world.

Next: How The Last of Us: Part 2 Will Be Different On PS5

Walking Dead: Everything We Know About Negan's Prequel Episode