Duca Del Cosma is a luxury golf shoe brand made from fine Italian leather. This season the company is introducing new styles and (...) 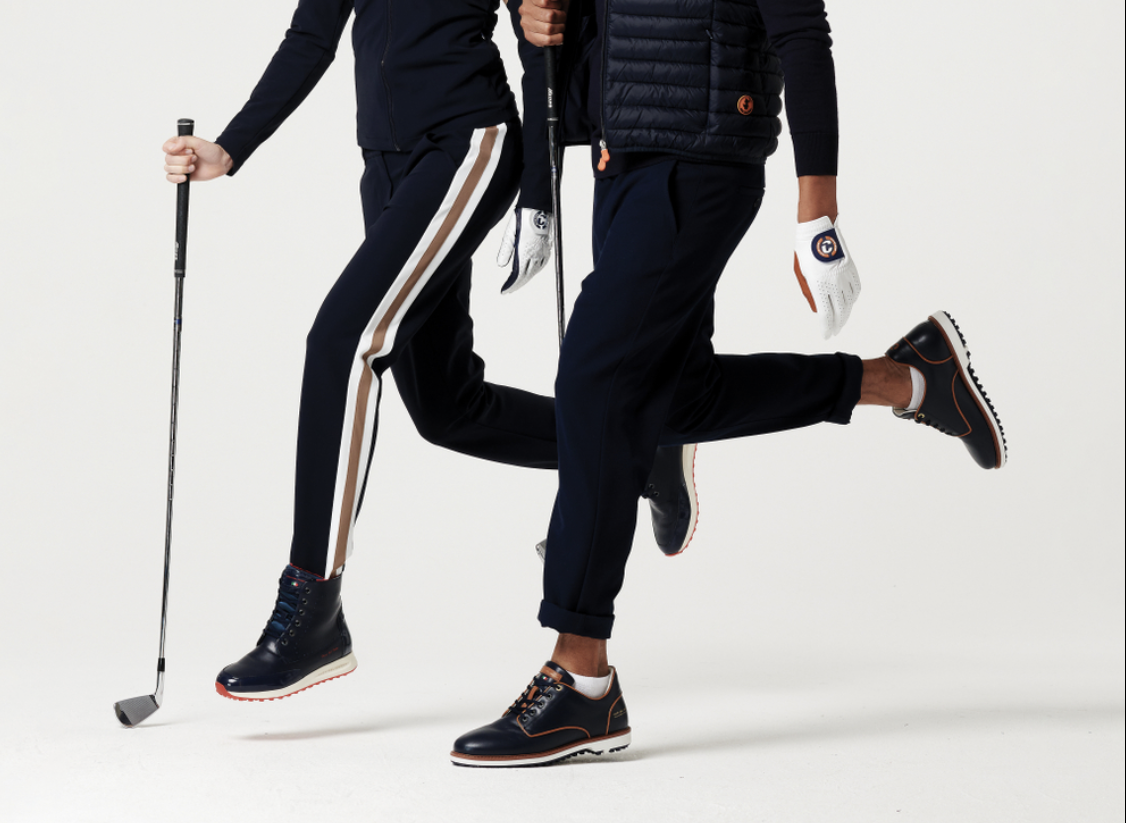 Duca Del Cosma is a luxury golf shoe brand made from fine Italian leather. This season the company is introducing new styles and colorways resulting in 25 different eye-catching shoe variations.

DDCs JL1 and JL2 men’s shoes were co-designed by Dutch Tour player Joost Luiten. The shoe features camouflage patterns in white/green and black/green with orange accents. The fully waterproof shoes are made from soft Italian Nappa leather and feature an Airplay XI outsole for comfort in various weather conditions.

The men’s Elpaso shoe takes after a more traditional-looking golf shoe with a clean color scheme of a white or navy leather upper and contrasting piping around the midsole. DDC’s OnSteam lining and ARNEFLEX insert sole helps with breathability, while the Airplay XI outsole aids with stability.

The women’s Bellezza style shoe is made from soft Italian leather and is a spin on the classic golf shoe. It comes with a white killtie over the laces, while the midsole remains elevated to give the shoe a more modern look. 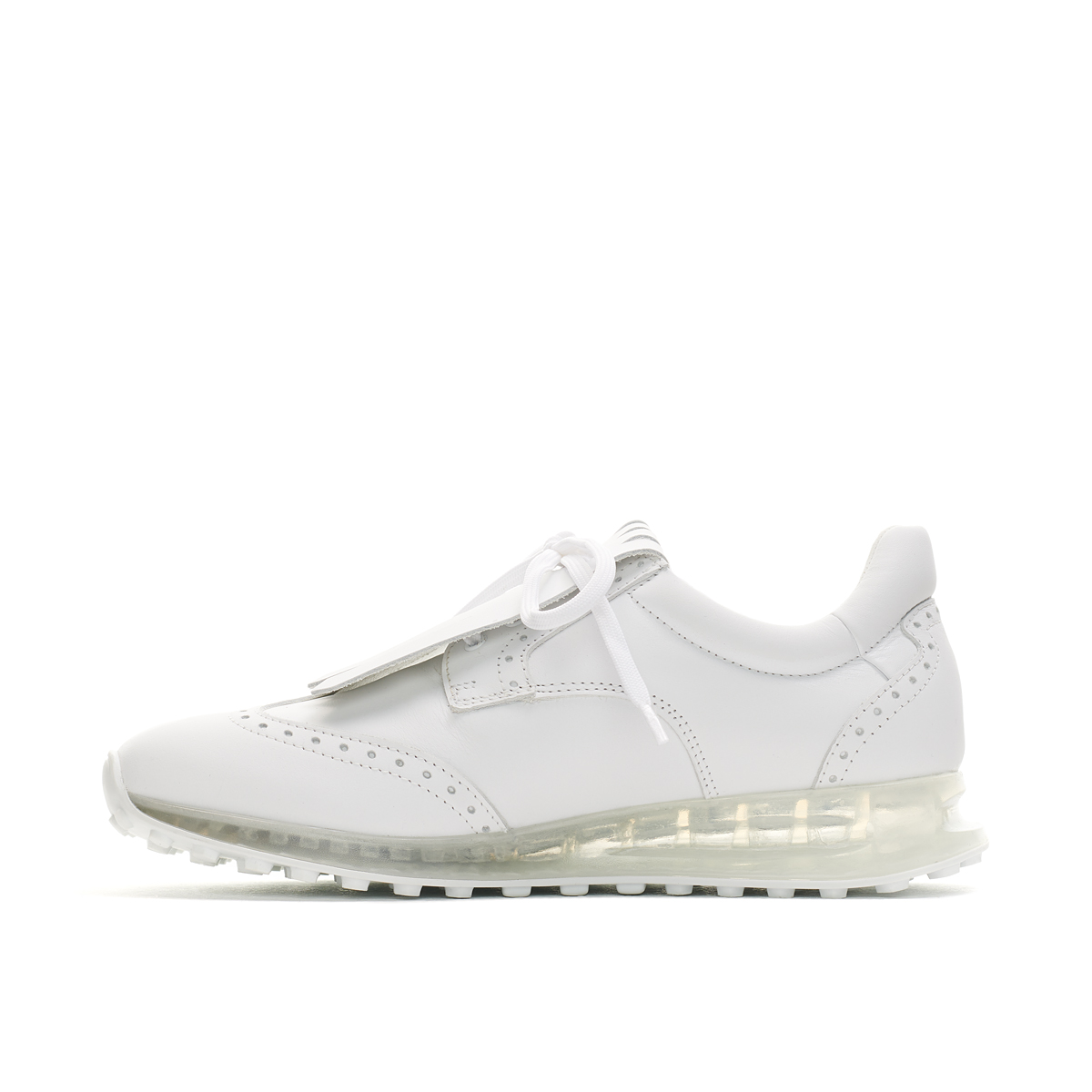 The Melanie-Jane special edition golf shoe features a white base with bold black trim. It has a star design to reflect high standards that are to be followed on and off the course.

5 things you need to know as we head into The Match between Brooks Koepka and Bryson...

Parsons Xtreme Golf, or PXG, got a couple favorable breaks from the pandemic. 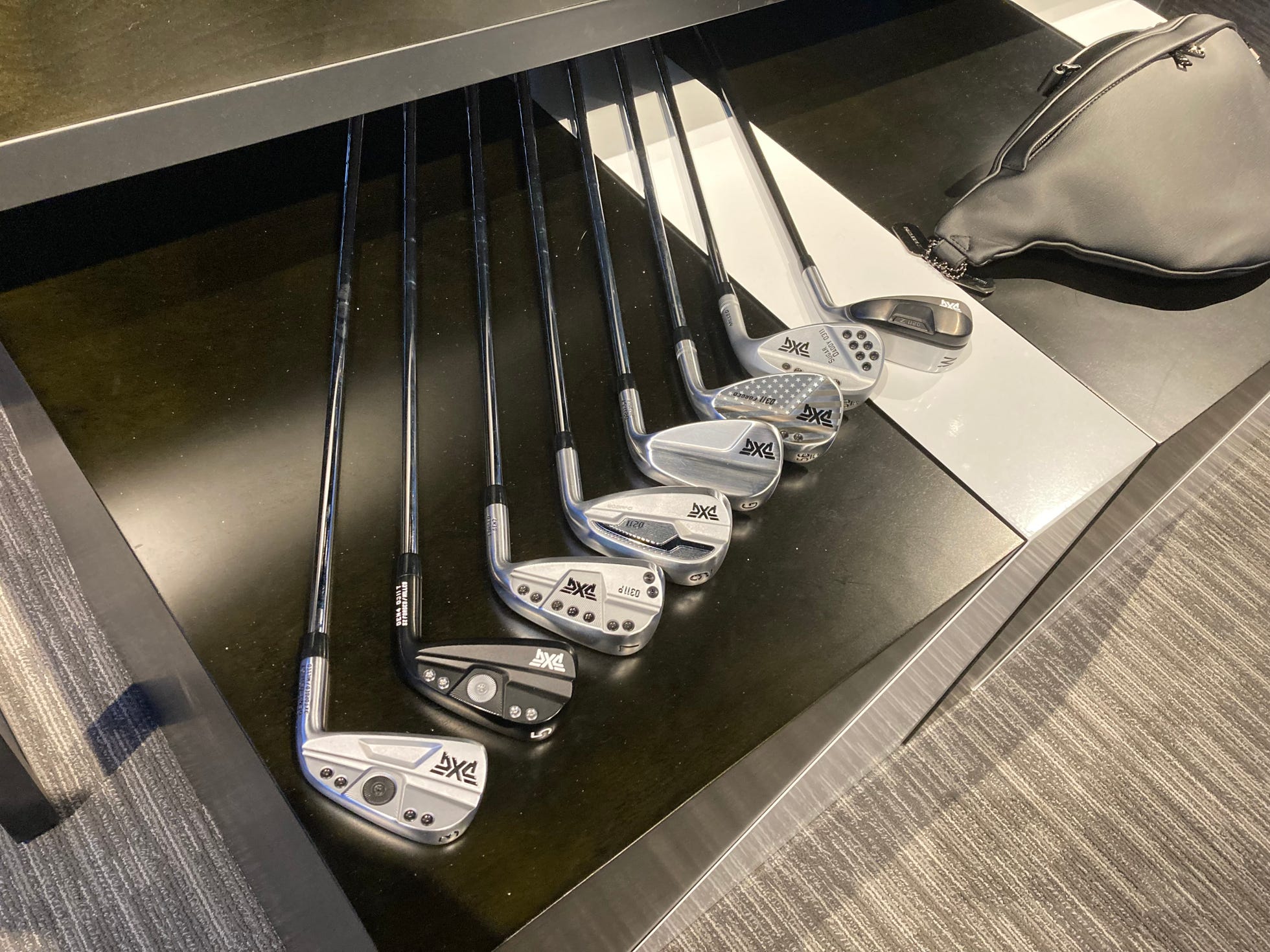 SCOTTSDALE, Ariz. — Tens of thousands of small businesses have struggled over the past year and a half amid COVID-19 infections and disruptions to the economy. But the pandemic has allowed a Scottsdale-based golf-club manufacturer to tee up its growth prospects.

Parsons Xtreme Golf, or PXG, got a couple favorable breaks from the pandemic.

For starters, golf participation and revenue expanded as courses around the nation were allowed to stay open. In addition, the company, which connects with consumers directly, was able to stay open and keep revenues flowing in because it didn’t need to rely on sales through third-party stores, many of which had to close temporarily.

The company, which is owned by GoDaddy founder and Arizona billionaire Bob Parsons, has ramped up sales and employment and expanded its marketing reach. It opened its fourth Arizona store and 10th overall Nov. 17 at the Norterra shopping center in north Phoenix, which Parsons’ Yam Worldwide also owns. PXG plans to have two dozen stores nationally by the end of 2022.

Parsons, a self-described “golf nut” with a 12 handicap, got interested in the game as a kid in Baltimore. He gained more enthusiasm after serving with the military in Vietnam, later completing his college education and founding several companies, of which GoDaddy is the most prominent.

The technology of golf

As Parsons grew wealthier, he spent more money on the pastime, eventually hitting what he said were $300,000 in annual expenditures on golf clubs and other equipment. He became obsessed with technological improvements that could allow players to hit farther, straighter and better. That resulted in his founding of PXG in 2014.

The PXG 0311 club heads are hollow and filled with a gel that the company says improves sound and feel. Photo by PXG

“The whole idea was that we could make a better club,” Parsons said during an interview prior to a ribbon-cutting ceremony for the new Arizona store.

“If you had unlimited time and money, could you make a better club?” Parsons said. “Absolutely.”

The importance of swing analysis

PXG stores sell clubs, clothing and other equipment. They also have rooms with golf simulators where players can test clubs and have their swings analyzed by experts and computers. In addition, PXG hosts club testing and swing-analyzing events or “fittings” at driving ranges and elsewhere. Fitting sessions evaluate a player’s swing speed and angle and other aspects in the hopes of recommending the most suitable clubs.

“Nothing is sold off the shelf,” Parsons said.

Jeremy Knowles, part-owner of the 500 Club Golf Course in Glendale, Arizona, aid fitting sessions where PXG representatives allow golfers to try clubs and have their swings analyzed have proven popular.

Knowles said he recently bought a set of PXG clubs himself. “The feel of them is fantastic,” he said. “And the sound of the driver and the yardage are very good.”

Prices range from $89 for a single less-expensive club to $2,999 for a set of higher-end clubs, with products suitable for beginners to advanced players. PXG stores also sell hats, golf attire, club bags and other items. Discounts are offered to first responders and veterans.

PXG clubs are manufactured in Asia and elsewhere, but otherwise PXG is an American company, with engineering, product development, marketing and other operations here. Because PXG remained open throughout the pandemic, it didn’t face supply chain disruptions to the extent competitors did, Parsons said.

“All of our competitors marketed through big stores,” he said. “During COVID, they shut down but we stayed open.”

Parsons has stepped around concerns about COVID-19 vaccinations with a new policy offering a $1,000 payment to any staff member willing to get the shots. 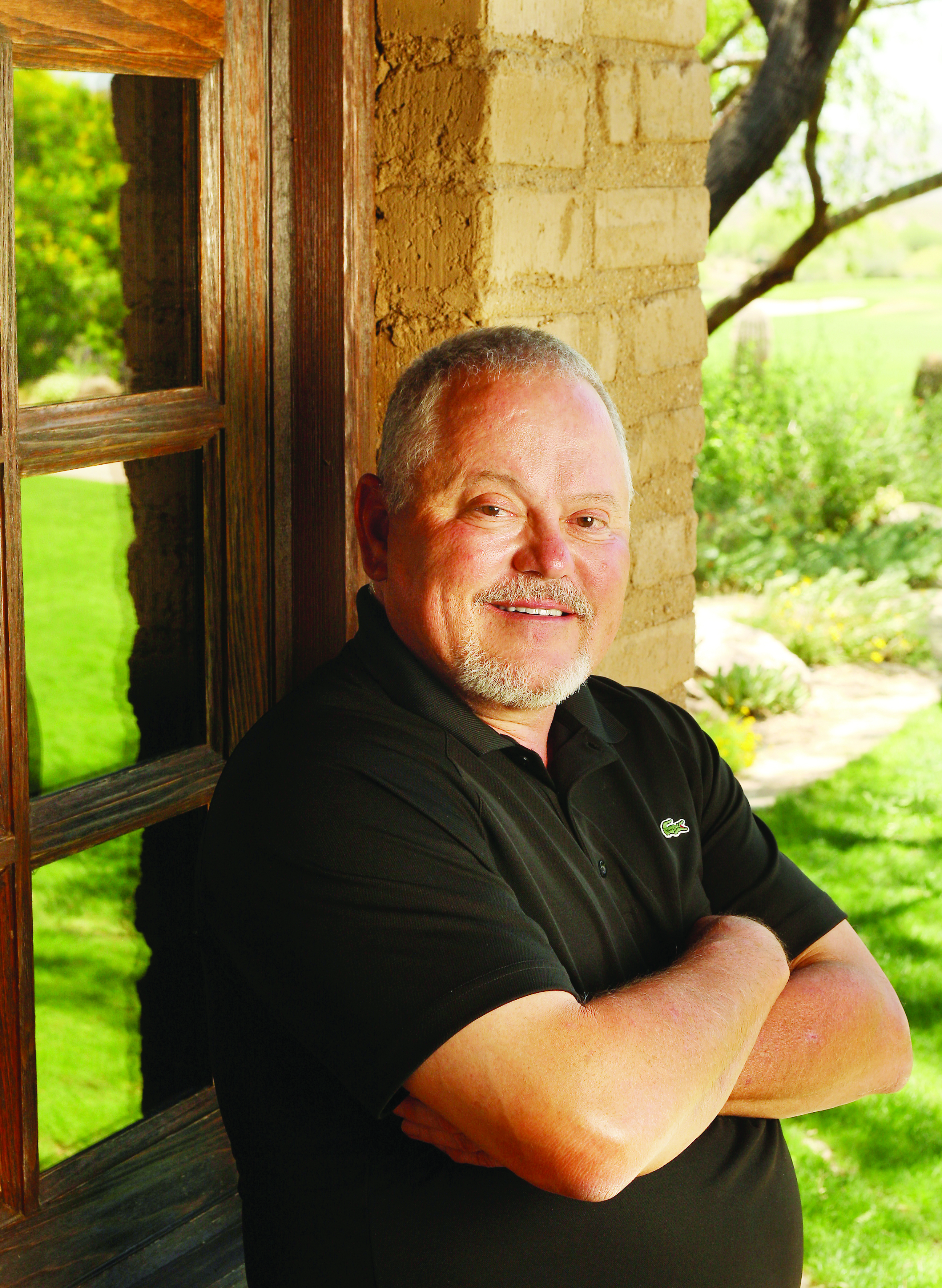 “For employees who already did it, it was free money for them,” Parsons said.

For others who were on the fence, the $1,000 bonus was an incentive to follow through with vaccinations.

And for those who remain reluctant for religious or other reasons, the policy has been popular “because it allows them to make their own decisions,” he added. 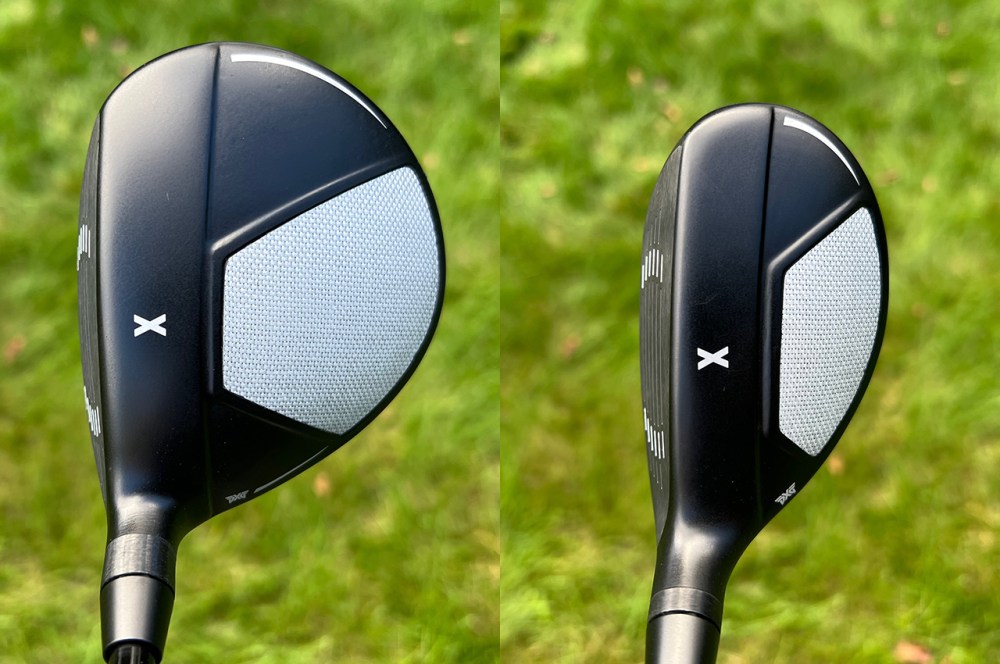 Changes paying off for Brandt Snedeker in Las Vegas

What are the odds? Naples golf courses see a flood of holes-in-one