A woman has been arrested in front of her distraught young son for taking part in an unauthorised protest against coronavirus restrictions in Sydney's CBD. 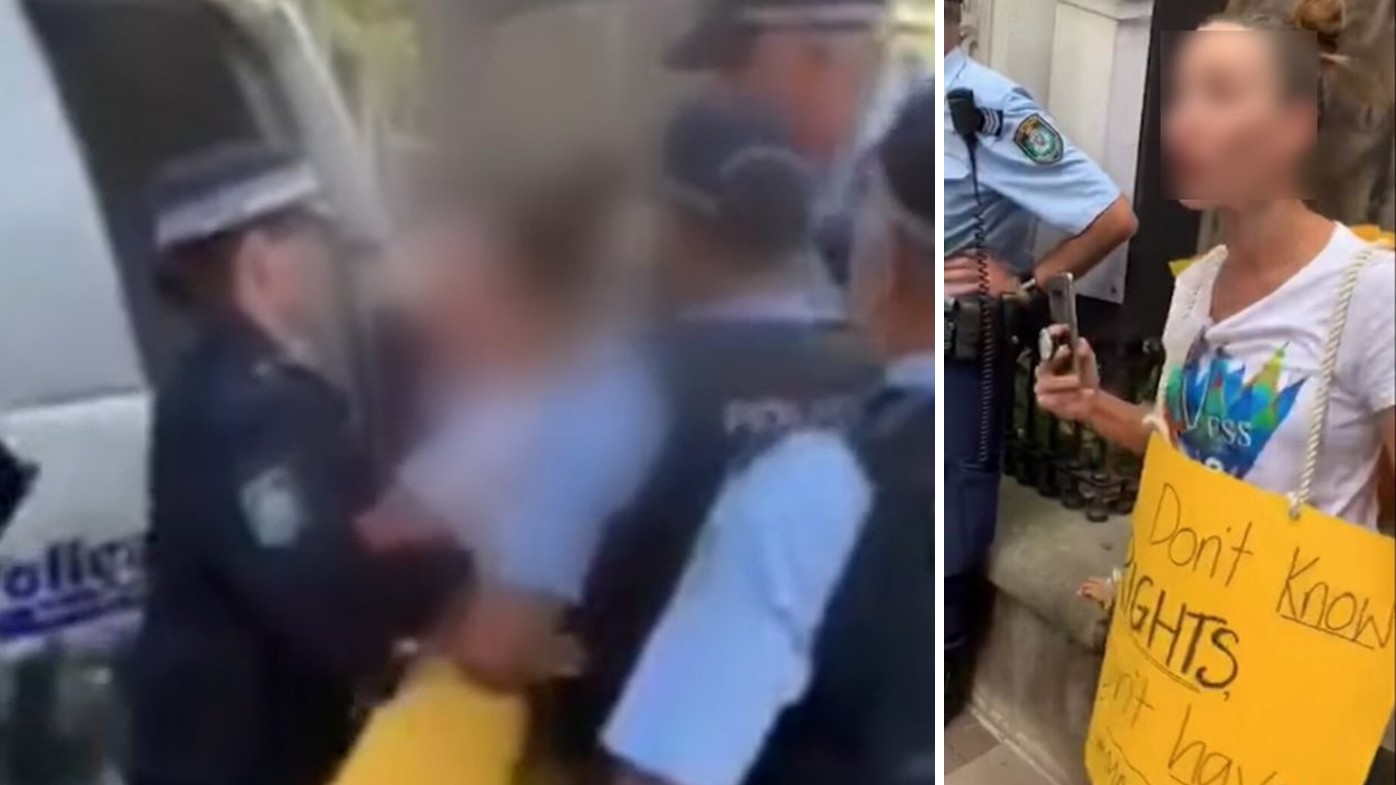 A woman has been arrested in front of her distraught young son for taking part in an unauthorised protest against coronavirus restrictions in Sydney's CBD.

The young mum was part of a group of around 40 people protesting the NSW government's COVID-19 stay-at-home orders outside NSW Parliament on Macquarie Street.

Vision of the incident captured by onlookers at the protest shows the young boy screaming "leave Mummy alone" as a female officer holds the woman by the arm. 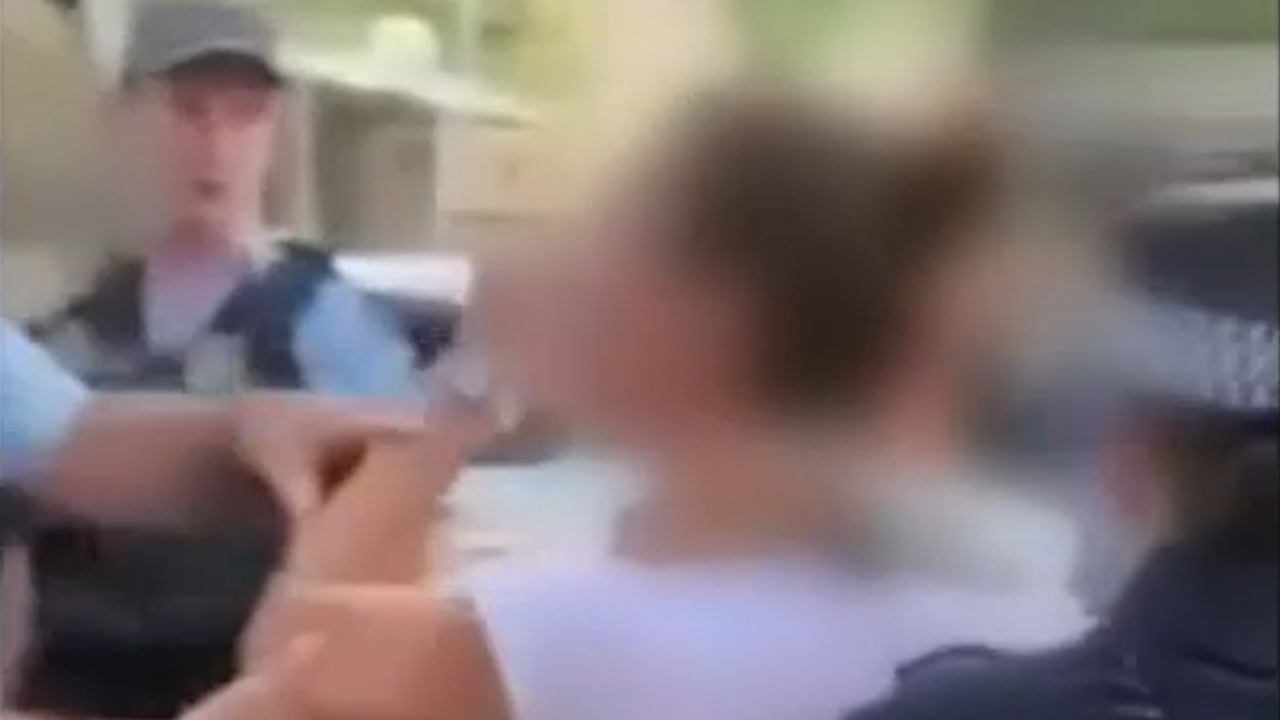 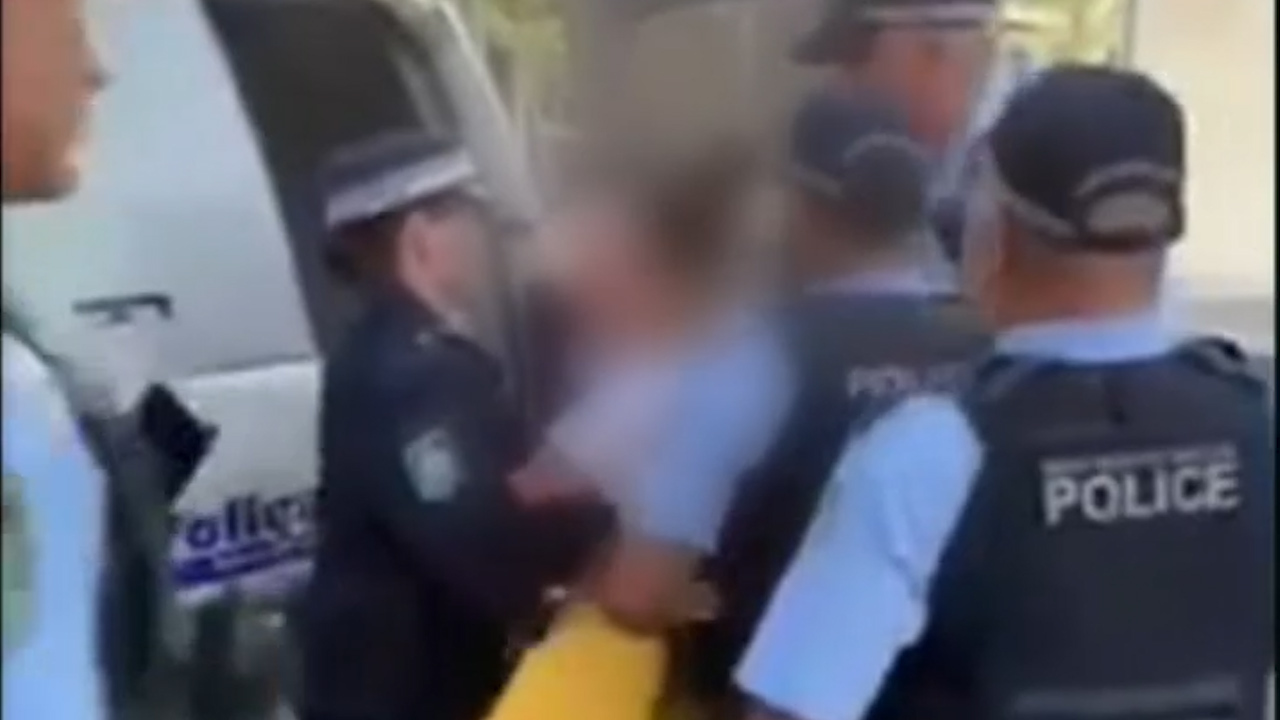 The woman, who was wearing a sign that reads "If you don't know rights, you don't have any. Magna Carta" was taking part in the protest as part of the 'Exercising My Rights' group.

She is captured telling police officers she won't provide her name as she doesn't believe she is breaking the law.

The young mum appears to attempt to walk away from police but is brought back and eventually loaded into a waiting police van, carrying the boy in her arms.

NSW Police have confirmed that the woman was arrested around 3.50pm yesterday for refusing to obey the directions of police.

"Officers moved the group on after explaining they were not authorised to protest and were also not complying with social distancing regulations," a NSW Police spokesperson said.

"One woman refused to give officers her details and would not comply with their direction to move on. She was placed under arrest; however, resisted and struggled with officers."

She was taken to Surry Hills Police Station, where she was issued an infringement notice for failing to comply with direction relating to COVID-19 social distancing restrictions.