Ferrari will introduce its long-awaited engine upgrade this weekend in Russia, but the update and new PU assigned... The post Leclerc gets Russian GP grid penalty as Ferrari upgrades engine appeared first on F1i.com.

Ferrari will introduce its long-awaited engine upgrade this weekend in Russia, but the update and new PU assigned to Charles Leclerc will send the Monegasque to the back of the grid on Sunday.

The power unit evolution features a new-specification hybrid system that Ferrari is authorized to implement, having not updated the element at the start of the 2021 season.

However, the addition of a new complete piece of hardware automatically triggers a grid drop for Leclerc, while Scuderia teammate Carlos Sainz will run with the old spec hybrid system in Sochi.

The Spaniard will receive the engine upgrade at some point later this season.

"Its main purpose is to gain experience for the 2022 car project," said Ferrari in its Russian Grand Prix preview.

"A great deal of effort has gone into this, both technically and logistically, and so as to be able to use it as soon as possible, its introduction will be staggered between the drivers.

"Charles will be the first to have the new hybrid system. This decision is a precautionary measure relating to the potential risk of using the battery pack damaged in his Hungarian GP accident.

"In Sochi, Leclerc will have a brand new power unit and will therefore start from the back of the grid.

"As to when the updated hybrid system is fitted to Carlos’ car, that will be decided following an evaluation of the right compromise between competitiveness and the impact of the penalty."

Regarding Ferrari's revised hybrid system, its performance value is estimated to be less than 10bhp.

Alonso: Only 'chaotic race' will put us on the podium

Haas has announced that it will enter next year's F1 world championship with an unchanged driver line-up, the... The post Haas confirms Schumacher and Mazepin for 2022 season appeared first on F1i.com. 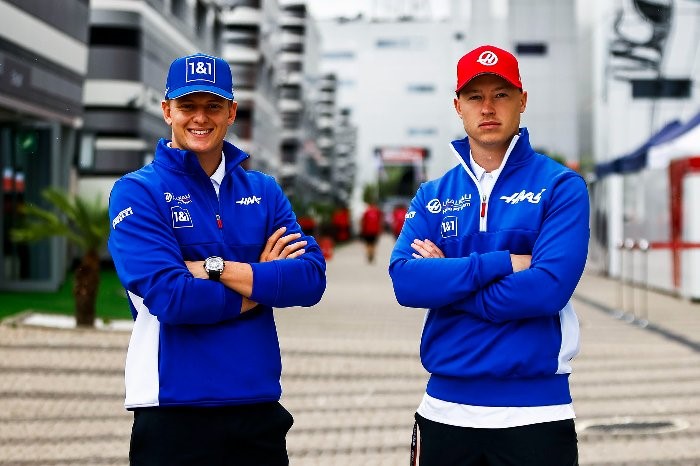 Haas has announced that it will enter next year's F1 world championship with an unchanged driver line-up, the US outfit retaining Mick Schumacher and Nikita Mazepin.

Will few or no alternative options for next season available for either driver, Haas' status quo was widely expected.

Ferrari F1 boss Mattia Binotto recently expressed his desire to see Schumacher – a Scuderia protégé – undertake a second season with Haas, while Mazepin's significant sponsorship package through his father's Uralkali company guaranteed the Russian a second campaign with the US outfit.

"We knew we wanted continuity behind the wheel in 2022 and I’m happy to confirm exactly that with Mick Schumacher and Nikita Mazepin competing for Uralkali Haas F1 Team next year," commented Haas team boss Guenther Steiner.

"2021 has afforded both drivers the opportunity to learn Formula 1 – and as rookies – they’ve done a lot of that this year.

"It’s been a tough season for sure with the package we’ve had, but at the same time they’ve both embraced the challenge and worked closely with the team to learn our processes and adapt to the rigors of a Formula 1 campaign and all that brings – both internally and externally.

"Now as we look ahead to the 2022 season, we’re confident we can move forward as a team and give Mick and Nikita a competitive race package to make the next step in their Formula 1 careers."

Although they will race together once again in 2022, there is no love lost between Schumacher and Mazepin who have endured multiple flash points this season, the most recent clash between the two drivers taking place at Monza where the Russian punted his teammate into a spin, although he later owned up to the mistake.

"By being part of the Formula 1 field, I am living my dream," said Schumacher, commenting on his contract extension.

"The first year together with Haas F1 is very exciting and instructive, and I'm sure I can bring all the experience I've gained into the coming year.

"New technical regulations, the impressive ambition of the entire Haas F1 team and the support of Ferrari - of course I believe this will bring us closer to the field in the 2022 season and we will be able to fight for points.

"I'm looking forward to being part of a team that is getting stronger, and I'll do everything I can from my side to move us forward.

"Finally, I would like to thank the Ferrari Driver Academy for the trust they continue to give me and the support they have shown me over the years."

On the other side of the Haas garage, Mazepin said:

"I'm very excited for next year, the new car and simply just to get the opportunity with Haas F1 Team and grow together with them. I think we will come out strong next year."

The post Haas confirms Schumacher and Mazepin for 2022 season appeared first on F1i.com.