Charles Leclerc has revealed that he felt "quite intimidated" by F1's big names as a young rookie making... The post Leclerc 'quite intimidated' by big F1 names in debut races in 2018 appeared first on F1i.com. 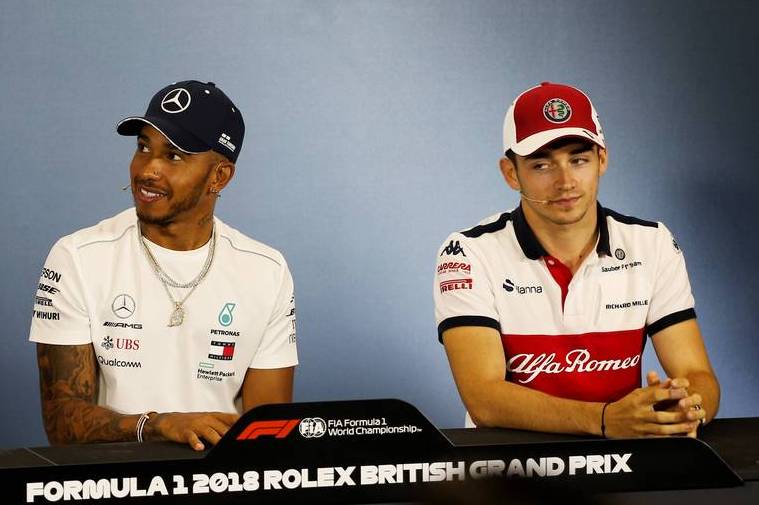 Charles Leclerc has revealed that he felt "quite intimidated" by F1's big names as a young rookie making his Grand Prix debut with Alfa Romeo in 2018.

The Ferrari protégé graduated to F1 after a flawless path to motorsport's summit in the junior ranks, a rise capped off by a title in the 2017 FIA Formula 2 Championship.

The feeder series often performed on Grand Prix racing's support bill in 2017, which gave Leclerc an opportunity to get acquainted with the F1 paddock.

But when the Monegasque found himself racing among the stars he had often seen on TV, he felt daunted, although the feeling quickly dissipated.

"I think in the first few races in Formula 1, once I arrived it’s quite a shock that all of the drivers I used to watch on TV, I was racing them," Leclerc said.

"So in the first few races I have to say I was quite intimidated, but then you cannot keep going like this.

"After a few races you just get used to it and now every time I fight a driver on track, for me, I don’t think about what this person has achieved."

Regarding Formula 1's greatest achiever, one Lewis Hamilton, Leclerc has the utmost admiration for the seven-time world champion.

But when fighting wheel-to-wheel with the Mercedes star, the Briton is just another driver he needs to beat Leclerc contends.

"I’ve got huge respect for everyone on the grid and Lewis has achieved so much in the sport," added the Ferrari charger.

"But whenever I have the helmet on, I try to fight him as much as I do anybody else on the grid."

The post Leclerc 'quite intimidated' by big F1 names in debut races in 2018 appeared first on F1i.com.

Raikkonen wondered 'what the others were doing' on opening...