Charles Leclerc believes the fervor displayed by new teammate Carlos Sainz with Ferrari will help spur on the... The post Leclerc says Sainz 'euphoria' a benefit for Ferrari appeared first on F1i.com. 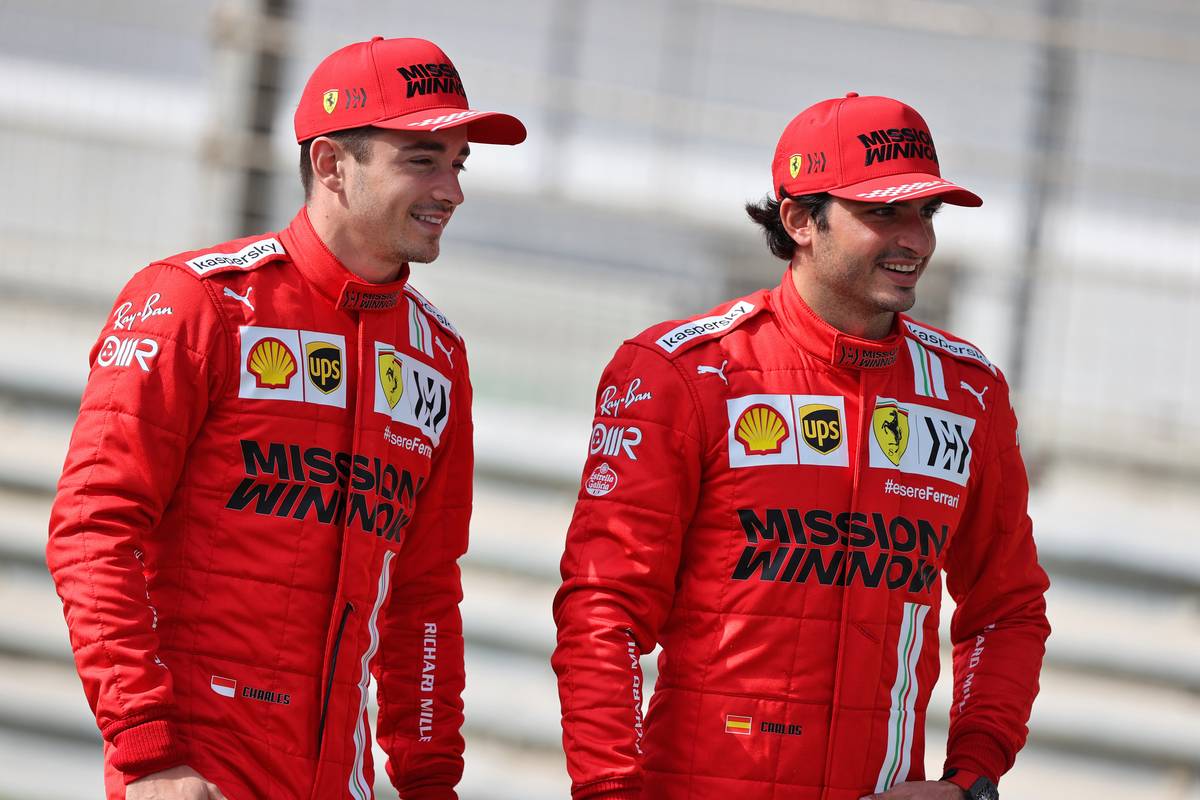 Charles Leclerc believes the fervor displayed by new teammate Carlos Sainz with Ferrari will help spur on the Scuderia this season.

Ferrari has enjoyed indisputable performance gains since last season that have instilled the Italian outfit with new energy. But Leclerc says Sainz's presence and massive motivation are also contributing to the Scuderia's renewed sense of hope for 2021.

"In recent years he has been in several teams," said Leclerc, quoted by Motorsport.com's Italian edition. "I think it's always interesting to get an idea of how the opponents work.

"Then I immediately perceived his great motivation. He is in his first year with Ferrari and you can see that he wants to do very well immediately, and this euphoria is contagious for the benefit of the whole team.

"I believe that for a team it is always positive to have two drivers who push and claw to get back to victory."

Sainz's enthusiasm at Ferrari contrasts with the dispirited and cheerless demeanor often presented last year by his predecessor Sebastian Vettel who concluded his tenure with the Scuderia on a low.

Yet, Leclerc paid tribute to the four-time world champion's qualities that added value to Ferrari.

"Definitely, starting with his experience," explained the Monegsque. "In certain situations he had great analytical skills, and I think I learned a lot from Seb in this respect.

"I realised that the importance he gave to some details made a big difference in the end on the track. It was very interesting for me to evaluate this. Then Seb is a very good person, who has always struck me for being so straightforward."