Charles Leclerc has so far set himself up for a productive race in Portugal, the Ferrari driver qualifying... The post Leclerc 'surprised' by small gap to pole position in Portugal appeared first on F1i.com. 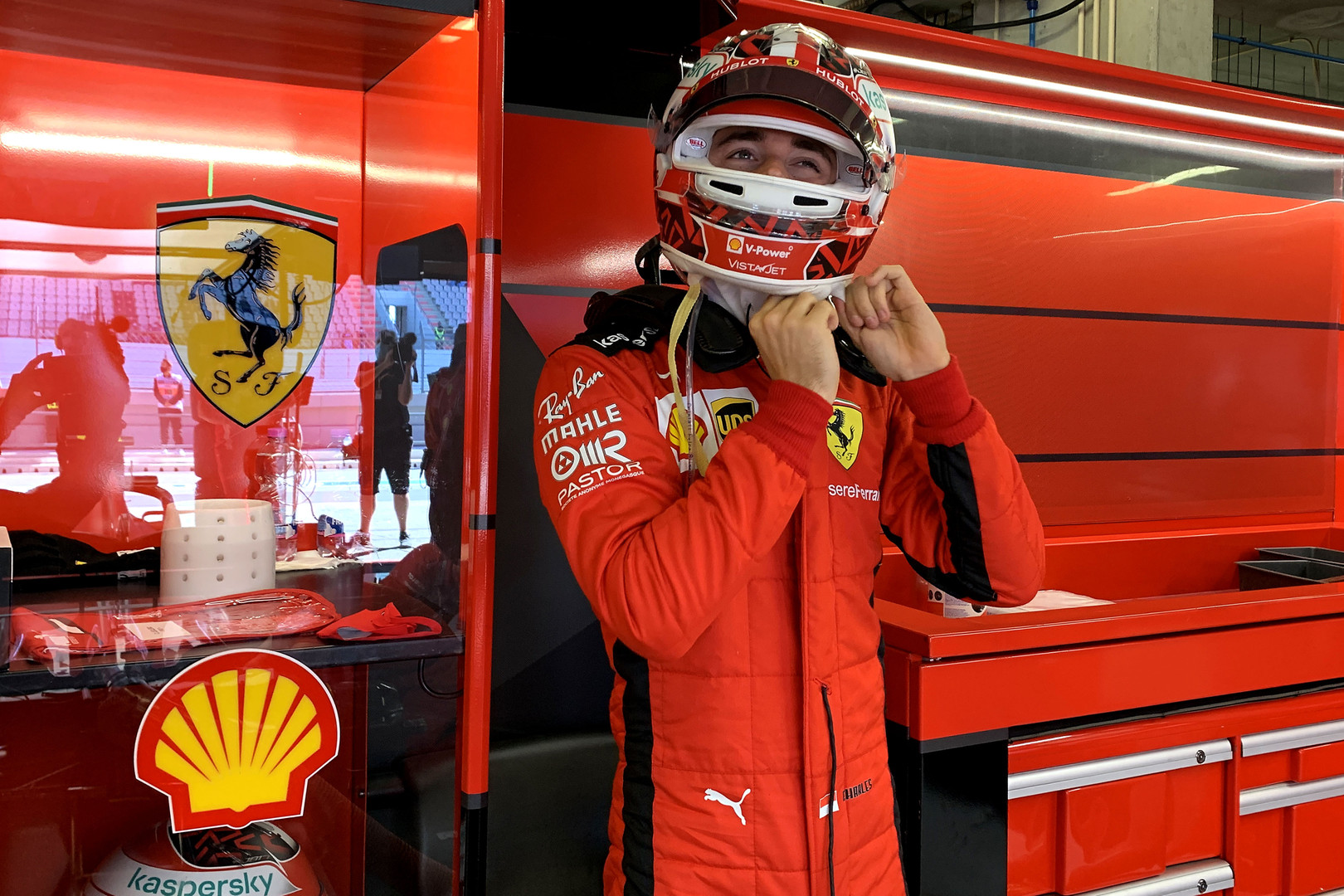 Charles Leclerc has so far set himself up for a productive race in Portugal, the Ferrari driver qualifying P4 on Saturday, just 0.438s adrift from poleman Lewis Hamilton.

Ferrari's recent updates to its SF1000 car have undeniably improved the Scuderia's level of performance, with the Italian outfit steadily moving back up the pecking order in terms of raw speed.

Leclerc progressed through qualifying's first two segments without any drama, ensuring his spot among the top ten while opting to start Sunday's arce on Pirelli's medium compound tyre.

"We definitely did not expect it, I think we expected a better result than usual, taking off the fourth place in Nürburgring, but to be so close to pole position was a surprise," the Ferrari driver told Sky F1.

Leclerc said a slight pick up in wind velocity towards the end of qualifying made for a "tricky" final run.

"I'm very happy with the lap, especially considering the conditions," he added. "In the last two runs in Q3, the wind picked up and in the last sector it was very very tricky.

"But I managed to do quite a good last sector anyway. There's always more to give but happy."

Looking ahead, the Ferrari driver admitted that his launch off the grid might be complicated by his position on the dirty side of the track.

"We are starting also on the medium which is maybe a bit tricky, but we'll see, for now we can't know," he said.

"I believe the medium is a good choice to start with. The only tricky part will be the start, but we can't know until we do it."

Asked about the difference between Ferrari's qualifying pace at the Nürburgring and its performance the following day in race trim, Leclerc isn't expecting such a contrast on Sunday.

"We struggled a lot with the draining there, " he said. "Conditions were quite a bit different, a lot colder, but I don't expect those kinds of problems tomorrow.

"Maybe we are wrong but I think it should be much better tomorrow."

The post Leclerc 'surprised' by small gap to pole position in Portugal appeared first on F1i.com.

Red Bull driver Max Verstappen said that he had been confused by the way that the track conditions... The post Verstappen 'confused' by diminishing returns in qualifying appeared first on F1i.com. 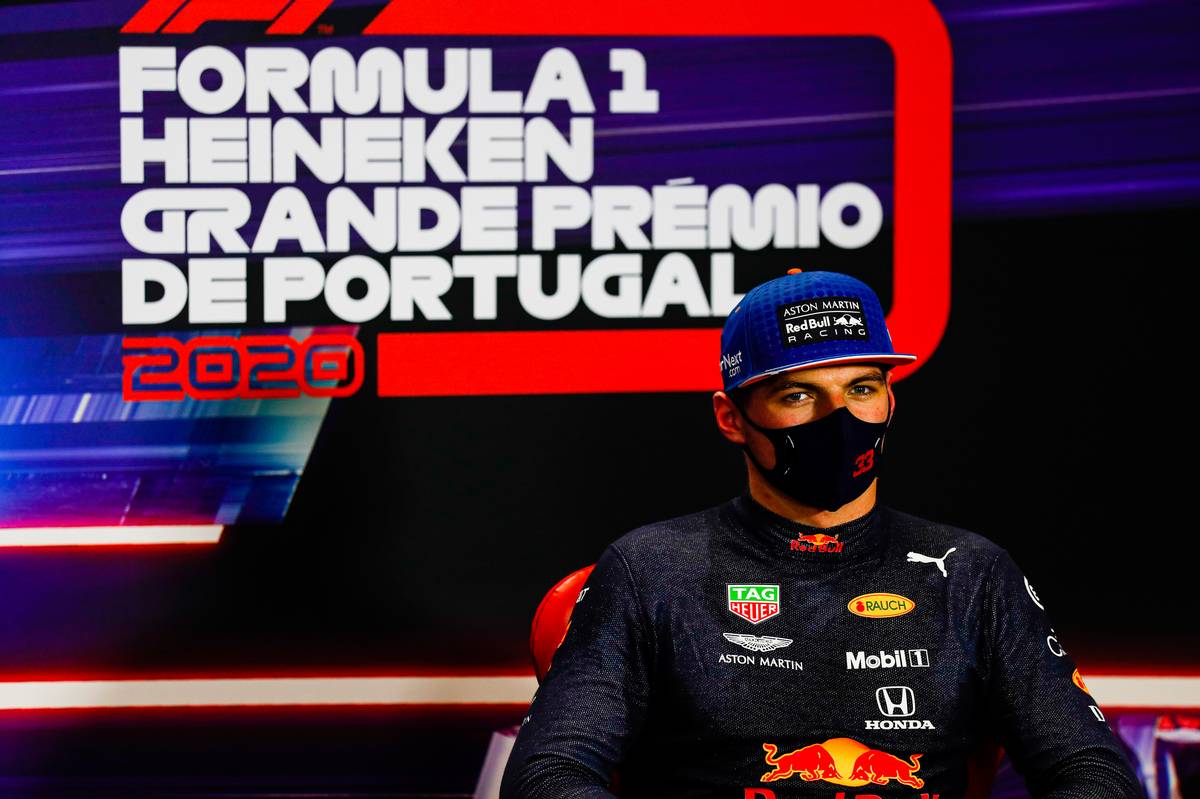 Red Bull driver Max Verstappen said that he had been confused by the way that the track conditions at the Autódromo Internacional do Algarve seemed to vary and even worsen during Saturday's qualifying session.

The circuit is an unfamiliar one to the drivers and has never been used for a Grand Prix before.

It was resurfaced only a month ago, and that along with Pirelli's selection of hardest compound tyres together with strong winds has meant a big headache for drivers and teams.

"The whole weekend has been really tricky with getting the tyres to work," Verstappen told the media. "Besides the tyres the tarmac is slippery, just one line you can take.

"[It was] a bit confusing throughout qualifying. I did my fastest lap time in Q1 and after that I couldn't replicate it, just because I didn't have the same grip."

Verstappen suggested that the shorter Q2 and Q3 sessions means that the drivers had less time to get their tyres up to their optimum heat.

"It seemed like it was a bit more difficult for us to get the tyres in a better window," he said. "Even though I think in Q3 to Q2 it felt a bit better on, let's say, the one timed lap - on the very first timed lap.

"It was better but for me not very enjoyable to drive at the moment with the tyres and grip on the track," he sighed. "For me personally, you can't push. You're just driving on ice. It's a bit of a shame."

Despite his frustrations, Verstappen looked to be on course for a front row grid position - until a final effort from Lewis Hamilton put the Briton on pole ahead of Mercedes team mate Valtteri Bottas, and pushed Verstappen down to third.

"Overall still good of course to be third," he acknowledged. "Again we were very close.

"Just difficult to really judge again the performance because of the tyres and the grip," he said. "I think we have to go to a track again where we have driven before [to] see where we ware, because we have a bit more knowledge there.

"These kind of events are sometimes hit and miss. Sometimes you can do them better than others," he said. "But still, to be P3 and be quite close to them is a good achievement I think."

Verstappen will be the leading driver on the grid on the soft compound tyres, after both Mercedes drivers as well as Ferrari's Charles Leclerc elected to get into Q3 on the medium.

Verstappen's team mate Alex Albon will line up in sixth place amid reports that he's been given a two-race deadline by Red Bull to prove himself if he wants to retain his seat in 2021.

The post Verstappen 'confused' by diminishing returns in qualifying appeared first on F1i.com.