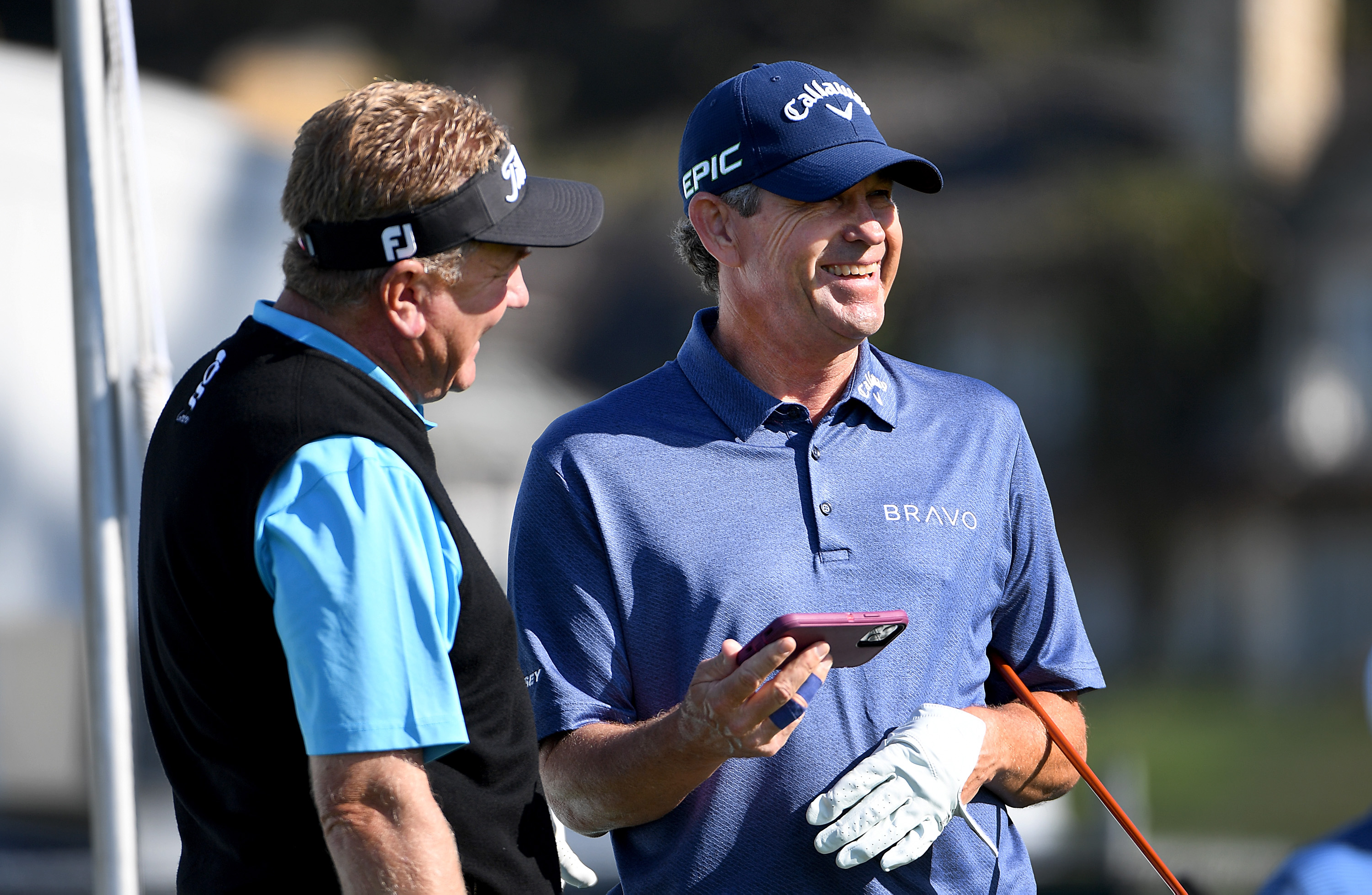 “How?” Lee Janzen said on Golf Channel minutes after winning for the first time in six years.

Consecutive birdies on the 18th hole is how.

Janzen made a long birdie putt from the fringe on 18 at the SAS Championship Sunday to get into a playoff against Miguel Angel Jiménez. Janzen then made another birdie on the first playoff hole to win on the PGA Tour Champions for the first time since 2015.

Starting the final round two shots back of co-leaders Jiménez and Alex Cejka, Janzen opened with a bogey but he made six birdies after that, including the long one on 18 to shoot a final-round 67.

A playoff seemed a bit unlikely after Jiménez made a birdie on the 11th hole to take a three-shot lead. But his irons got a little loose on the back nine, opening the door for others to track him down.

Janzen did just that, cutting the lead to one after making a birdie putt on the 15th hole. Jiménez then bogeyed the 14th, knotting things up at 11 under. Jiménez had a birdie look on 18 in regulation to win it but left it out to the left.

On the first playoff hole, Jiménez hit his drive into a bunker, then pulled his second against the grandstands left of the green. Janzen then hit his approach to a spot close to where he was in 2 on 18 in regulation, although this time the ball ended up on the green.

He calmly rolled in the putt and was incredulous after his round.

“But I saw progress lately. Who knew it was going to turn into a win.”

Janzen has one other Champions tour win, the 2015 Ace Group Classic (now called the Chubb Classic). The SAS was his 157th start on the tour.

This week marked the final regular-season event of a 39-tournament “super season.”

Up next: the Charles Schwab Cup Playoffs, a three-tournament postseason that starts at the Dominion Energy Charity Classic at the Country Club of Virginia in Richmond, Virginia, next weekend.

The top-72 players on the money list advance to the playoffs but there was room for a wild-card entrant. If any golfer outside the top 72 posted a top-10 finish, he’d make the postseason.

Monday qualifier Thongchai Jaidee poured in a 10-footer for birdie on 18 to shoot a 69 and and finish tied for fifth. He entered the week in the 82nd spot and will be No. 72 next week.

Davis Love III also played his way into the playoffs. He started the week No. 75 but finished tied for 20th, which moved him up to No. 71.

Five-time Schwab Cup winner Bernhard Langer will enter the playoffs in the No. 1 spot.

Watch: Evil 360-lip-out eventually drops but did it count?

McIlroy won for the 20th time in Tour on Sunday at a 6-under 6 in the final round. 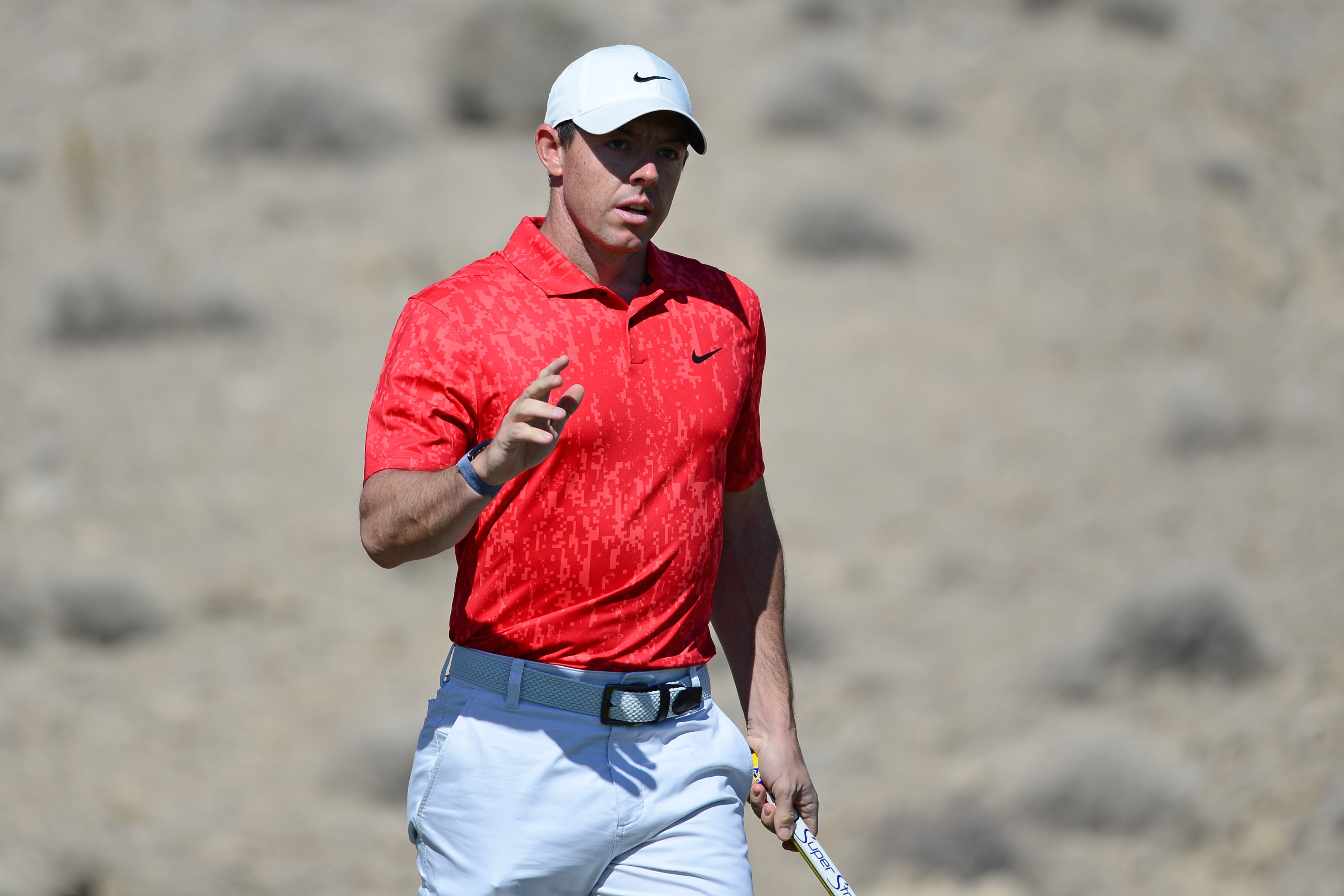 LAS VEGAS – Rory McIlroy said the CJ Cup at The Summit provided a nice, gentle introduction to his season in America’s Playground, the limited field of 78 players, docile layout and no cut very appealing.

Turned out it served up a satisfying ending, too.

On a sun-splashed, windless Sunday in the desert 10 miles west of the Las Vegas Strip, McIlroy held off Collin Morikawa and Rickie Fowler to win the par-busting shootout. With a loud eagle on the 13th to grab the lead he never relinquished, the four-time major winner shot a closing 6-under-par 66 to finish at 25 under and one shot clear of onrushing Morikawa and three clear of a rejuvenated Fowler.

Rory is rolling it. @McIlroyRory opens up a 3-shot lead with an eagle from off the green at 14. pic.twitter.com/x64XLWxHgV

Morikawa, who was 11 shots back after 36 holes and trailed by seven entering the final round, went out in 7-under 29 and finished with an eagle to shoot 62. The two-time major winner and a Summit member was 8 under through 11 holes begore cooling off until the final hole.

Fowler, the overnight leader by two shots, had his best finish since tying for second in the 2019 Honda Classic, which came one month after he won the most recent of his five PGA Tour titles at the Waste Management Phoenix Open.

Fowler only had three top-10s the past two seasons and said he is now back to thinking about winning instead of thinking about the process of getting back to his former ways. He upped his lead to three with a birdie on the first and led by three before making a double from the desert on the par-5 6th and then three-putting the 10th to fall behind.

Earlier in the week, McIlroy, who had fallen to No. 14 in the world heading into the CJ Cup, said when he plays his best, he’s the best player in the game. Well, he looked in full flight quite a bit this week at The Summit and seems more than capable of becoming No. 1 in the world once again.

Photos: 2021 CJ Cup at The Summit Club in Las Vegas 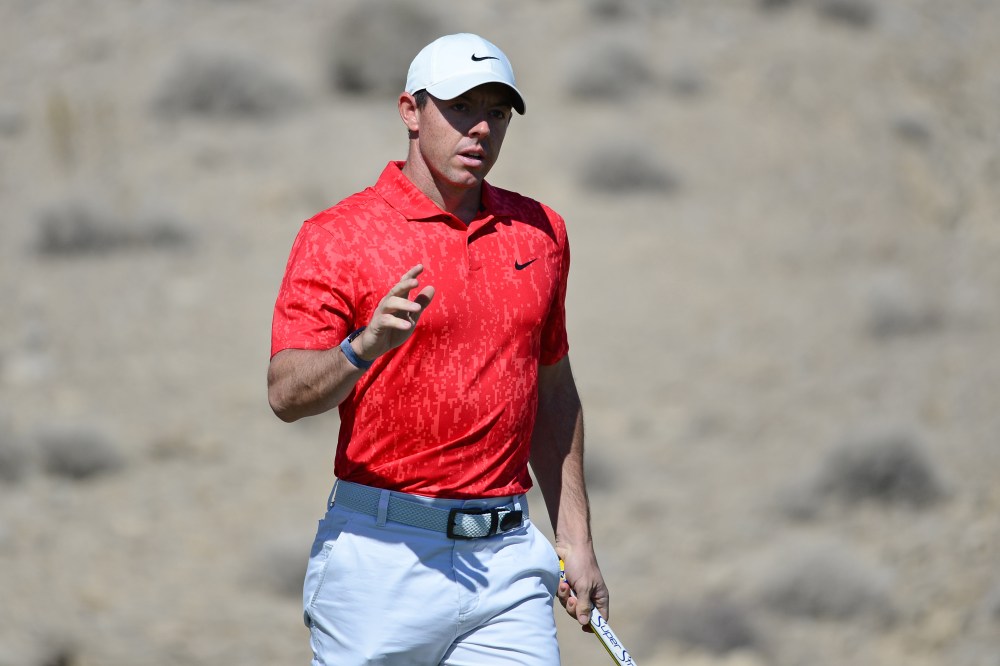 With little wind all week and the course offering little defense except for the surrounding desert, the players held a birdie and eagle festival and combined to average 68.5 per round for the week.

Keith Mitchell, who shot 62-64 to gain a five-shot lead through 54 holes, closed with a 67 to finish at 22 under alongside Fowler.

Four players finished at 21 under, including Adam Scott (69) and Talor Gooch, who holed out from 94 yards for eagle on the last to polish off a 62.

U.S. Open: Winged Foot is a monument to golf, curated by...

In pictures: Rory McIlroy and Erica Stoll (who are expecting!)