Gvardiol could be the … The post Leeds close to agreeing £18m deal for Croatian youngster Gvardiol appeared first on Football365. 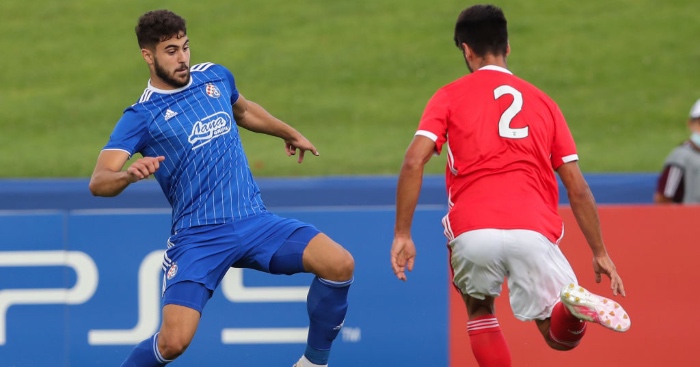 Leeds United are close to signing Croatian defender Josko Gvardiol from Dinamo Zagreb, according to reports.

Leeds are on the hunt for a new centre back to provide extra cover for their first choice players.

They’ve identified Gvardiol as a future star in the Premier League and are close to agreeing an £18 million deal, according to the Mirror.

The clubs have been in talks for the past few days and are now close to finalising a fee for the 18-year-old.

Gvardiol is one of the most valuable players in the Croatian league after breaking through at Dinamo during the most recent season.

He’s a versatile young player who is comfortable at both centre back and left back. Gvardiol is believed to be excited by the prospect of playing for Leeds in the Prem after being eyed up by several European clubs in the past.

The defender played in Dinamo’s Champions League qualifying victory over Cluj. He is the latest player to graduate from Dinamo’s famed academy and seek a move abroad.

Luka Modric, Matteo Kovacic, Andrej Kramaric and Sime Vrsaljko have all graduated from Dinamo’s academy in the past. Leeds fans will be excited by the potential of Gvardiol to follow in their footsteps.

Should the deal be completed, Gvardiol will join German defender Robin Koch in signing for Leeds this summer. The 24-year-old signed for £11.7 million back in August from Freiburg.

Koch is expected to form a strong partnership at centre back with club captain Liam Cooper in the side’s return to the Prem.

Signing Gvardiol would provide Marcelo Bielsa with plenty of opportunities in that position.

They’ve already bolstered most of their squad with a string of transfers this summer. Rodrigo joined from Valencia for a club-record fee, Jack Harrison signed on loan from Man City and Illan Meslier signed for £5 million from Lorient.

Bielsa has also brought in Helder Costa for £16 million from Wolves.