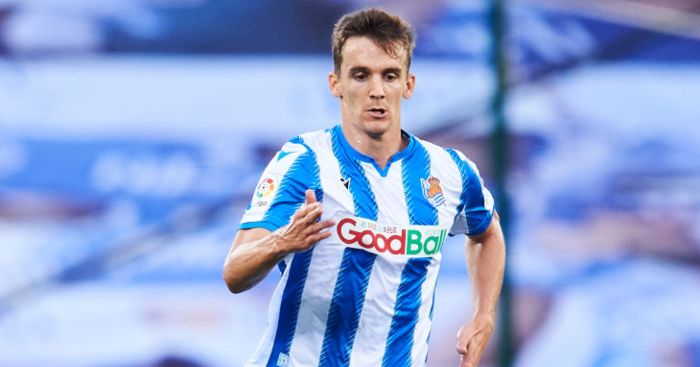 Leeds have confirmed the signing of Spain defender Diego Llorente from Real Sociedad for an undisclosed fee.

LaLiga side Sociedad announced on Tuesday the two clubs had agreed a transfer fee, reported to be around £18million, and Llorente, 27, has agreed a four-year deal.

“Leeds United are delighted to announce the signing of defender Diego Llorente,” read a club statement.

“The 27-year-old joins the club from La Liga outfit Real Sociedad for an undisclosed fee.

“The defender has put pen to paper on a four-year deal at Elland Road, running until the summer of 2024.”

Llorente is Leeds’ fourth major signing since Marcelo Bielsa guided them back to the Premier League for the first time since 2004.

Striker Rodrigo has arrived in a club-record £27m deal, centre-half Robin Koch was signed from Freiburg for a reported £13m and Helder Costa’s loan spell was turned into a permanent move.

Llorente, who has made five appearances for Spain, began his career at Real Madrid and moved on to Sociedad in 2017.

He made 88 appearances in all competitions for Sociedad, scoring eight goals, and has also had loan spells at Rayo Vallecano and Malaga.

His latest appearance for Spain came in the 2-1 victory against Romania in May last year, while he was named on the bench for his country’s two Nations League games against Germany and Ukraine earlier this month.

Bielsa made strengthening in central defence a priority at the end of last season when Gaetano Berardi sustained a long-term knee injury.

Llorente, who can also play in a holding midfield role, will vie with Leeds captain Liam Cooper and Koch for a regular starting place.

Aston Villa target loan move for one of Chelsea duo

Top ten managers out of work and available right now