Here was a game that in its final stages came with a now-familiar feeling for both sides. A sense of dread that a great deal of good work could once again count for nothing.

For West Ham, this feeling was about the individual game as a came under threat in the closing stages. For Leicester, it’s a season-long and far more painful sense of impending doom.

West Ham couldn’t hold on against Arsenal but have now clung on against Wolves and Leicester to take six huge points in the race for the Champions League. They now trail Leicester by just a point, with the Foxes now in clear and present danger of a second successive collapse out of the top four having been up there most of the season.

This was such a worrying afternoon for Leicester for so many reasons. The defeat is damaging enough, but the manner of it more so. The attempted comeback was admirable enough, Kelechi Iheanacho continuing his own Lingard-esque hot streak to make the scoreline respectable in the end as West Ham sat back and prayed for the best. But for an hour this was dreadful from Leicester. Yes, they are still hit by injuries – although West Ham were without Michail Antonio and Declan Rice – and having to leave out another three players for covid protocol breaches is decidedly sub-optimal, but it doesn’t excuse a performance quite so brainless.

From the moment West Ham scored their first goal from a Jesse Lingard that was either total genius or a total fluke, it’s still hard to say after a dozen replays, Leicester lost the plot and didn’t recover their composure until it was – just, as it turned out – too late. At 1-0 down, Leicester played like there were 10 rather than 70 minutes remaining to turn things round. They inexplicably opted for all-out attack, and the exact goal that West Ham scored to double their lead before the break had an air of inevitability about it. To make things even worse for Leicester, this was also the exact manner in which West Ham picked them apart in what was at the time a shock result back in October.

As a response to falling a single goal behind it was, quite simply, a sign of heads going. And those heads still hadn’t cleared when the second half began with another West Ham goal and a third consecutive 3-0 lead. Leicester were far better after that, Marc Albrighton adding significant drive and impetus, but it was too late.

The good news is that it’s still not too late for the season as a whole, but it is now – utterly absurd as it may sound – impossible to say Leicester are more likely to finish in the top four than West Ham. 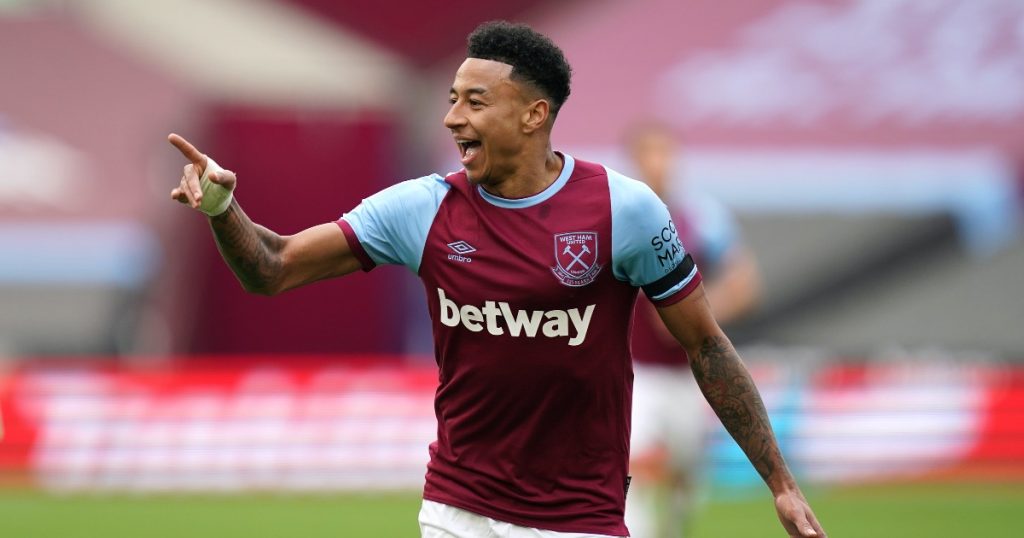 The Hammers have a lovely looking run-in – they have none of the three teams above them still to play now, and only Chelsea and Everton of those within 10 points below. They may still miss out on the top four given the quality possessed by those just behind them – especially Liverpool but especially Chelsea – but it’s vital that at the very least they don’t just fade away. There is no reason why they should on current evidence, with Jesse Lingard’s hot hand showing no signs of abating. He’s now scored eight goals in his nine Premier League appearances for West Ham having scored seven in his last 66 for Manchester United. It’s an astonishing run and already one of the great loan deals.

For Leicester, it’s all just deeply and unpleasantly nervy now. They have become disconcertingly reliant on Iheanacho for goals and the defensive stability is entirely gone. Their final three league games are against Manchester United, Chelsea and Tottenham, and the prospect of having a top-four spot squared away before that run has now been pretty much extinguished. Oh, Brendan.

Arsenal players ‘upset’ with Arteta as they back Partey

Souness claims Havertz gets ‘caught out’ for Chelsea

Stop the Fernandes, Cantona ‘nonsense’ before it’s too...