Wizards: Tales of Arcadia includes a surprising reference to HBO's Game of Thrones, and it's all thanks to a character played by Lena Headey. 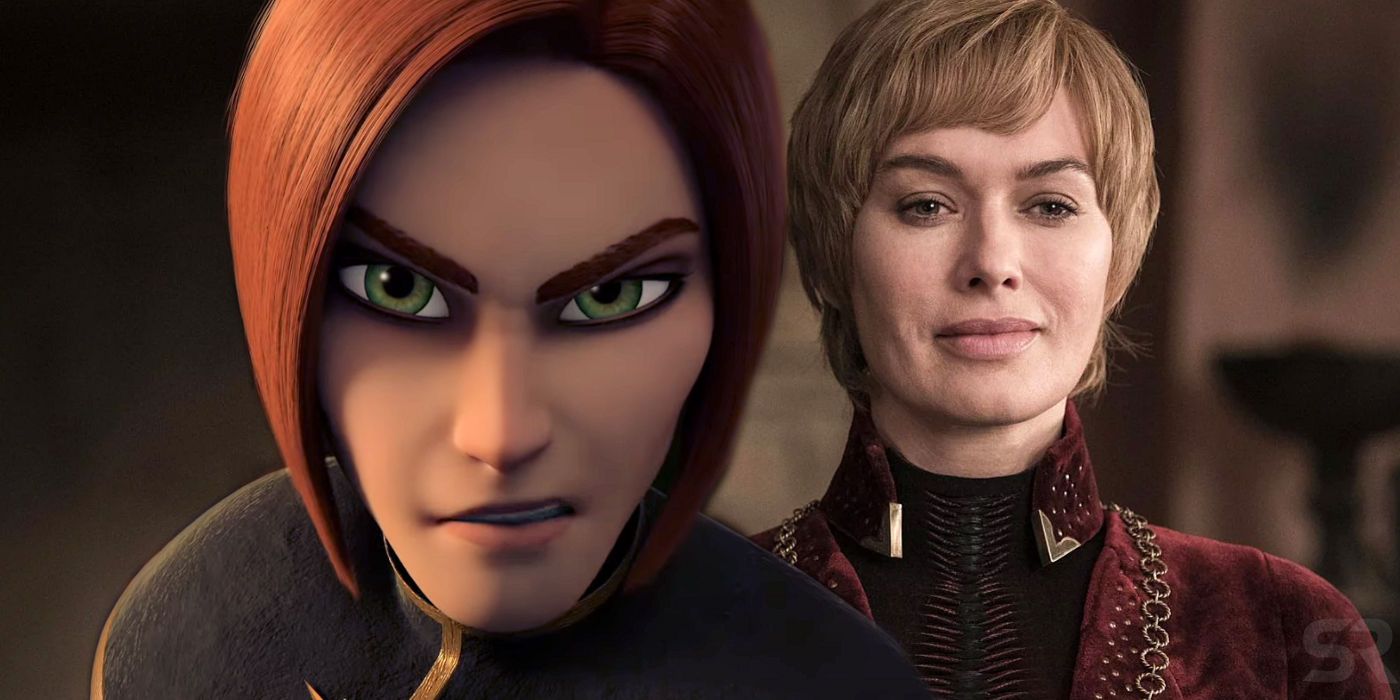 Wizards, the most recent entry in Netflix and DreamWorks Animation's Tales of Arcadia series, includes a surprising reference to HBO's Game of Thrones. Both shows count Lena Headey among their cast; on Wizards, she voices the evil sorceress, Morgana, while on Game of Thrones, Headey famously plays the ruthless Queen Cersei. This funny connection between the two wildly different shows comes about then because of Headey, as her Morgana enacts a plan that shares a striking similarity with one of Cersei's devious schemes.

Tales of Arcadia boasts an impressive ensemble of actors to play their many characters. Beginning even with the earlier shows, Trollhunters and 3Below, DreamWorks Animation tapped a great mix of talent. Some are best known for prominent movie and TV roles, like Glenn Close or Kelsey Grammar, while others for their decades of voice work in animation, like Tom Kenny and Fred Tatasciore. There are even a couple of Headey's Game of Thrones co-stars among the casts, with David Bradley (Walder Frey) playing Merlin and James Faulkner (Randyll Tarly) playing King Arthur. Their presence in these shows, however, doesn't create nearly as strong of a connection as Headey's.

In Wizards season 1, episode 5, "Battle Royal", Morgana sends a changeling to plant magical bombs throughout Camelot. When the changeling's attempt at assassinating King Arthur fails, he triggers the bombs and much of Camelot becomes engulfed in green explosions. As Camelot burns, Morgana possesses the changeling and issues her threat to Arthur. And there is something about hearing Headey act so deliciously evil while a city burns down in green fire that will immediately remind anyone familiar with Game of Thrones of the Sept of Baelor. In season 6, episode 10 "The Winds of Winter", Cersei infamously arranges for the Sept of Baelor to explode from barrels upon barrels of green wildfire hidden beneath, killing many of her enemies in one swift move. Admittedly, blowing up the Sept of Baelor to kill your enemies and arranging a sneak attack to declare war on your brother aren't exactly the same, but that they are both surprise attacks orchestrated by Headey's characters and carried out in a green fiery explosion are fun and unexpected similarities.

The outcome on Game of Thrones is brutal while the aftermath on Wizards is obviously less so, something that could be explored in season 2. In fact, there don't appear to be any deaths from Morgana's attack, just a lot of property damage. The people of Camelot, however, are scared, which is partially the reason for her attack. Having been only recently imbued with ancient magic by the Arcane Order, Morgana uses the attack on Camelot to make a show of her power. Similarly, Cersei blows up the Sept of Baelor to not only kill her enemies, but to make a statement. And both events take place without the instigator present, further emphasizing their reach.

The fallout from both attacks also work similarly to unite Cersei's and Morgana's enemies. With Cersei on the Iron Throne, her enemies in Westeros and beyond unite against her, while Morgana's declaring war on Arthur leads him to ally with the trolls who don't fight for Gunmar. For the characters personally there is also a cost to their actions. Cersei's son, Tommen, commits suicide immediately after witnessing the Sept of Baelor's destruction, while Morgana's relationship with her brother is broken completely, leading them both down dark paths. Unlike Cersei, however, Morgana receives a meaningful redemption arc in Wizards and is even responsible for defeating the Green Knight, a character who is revealed to be Arthur corrupted by the Arcane Order. In the end, both Cersei and Morgana are even killed by falling castle rubble, but thankfully, Wizards delivers Morgana's final moments far better than .

The link created between Wizards and Game of Thrones through this scene of Headey's character orchestrating a devastating explosion in a green hue is surely something that came about entirely by coincidence. But it's a fun references all the same, and a testament to the memorable and menacing characters Headey has had the opportunity to portray.

Next: How Wizards: Tales of Arcadia's Ending Sets Up The Trollhunters Movie