Life after COVID: Europeans want to keep their cities car-free

City dwellers across Europe are getting used to clean air. 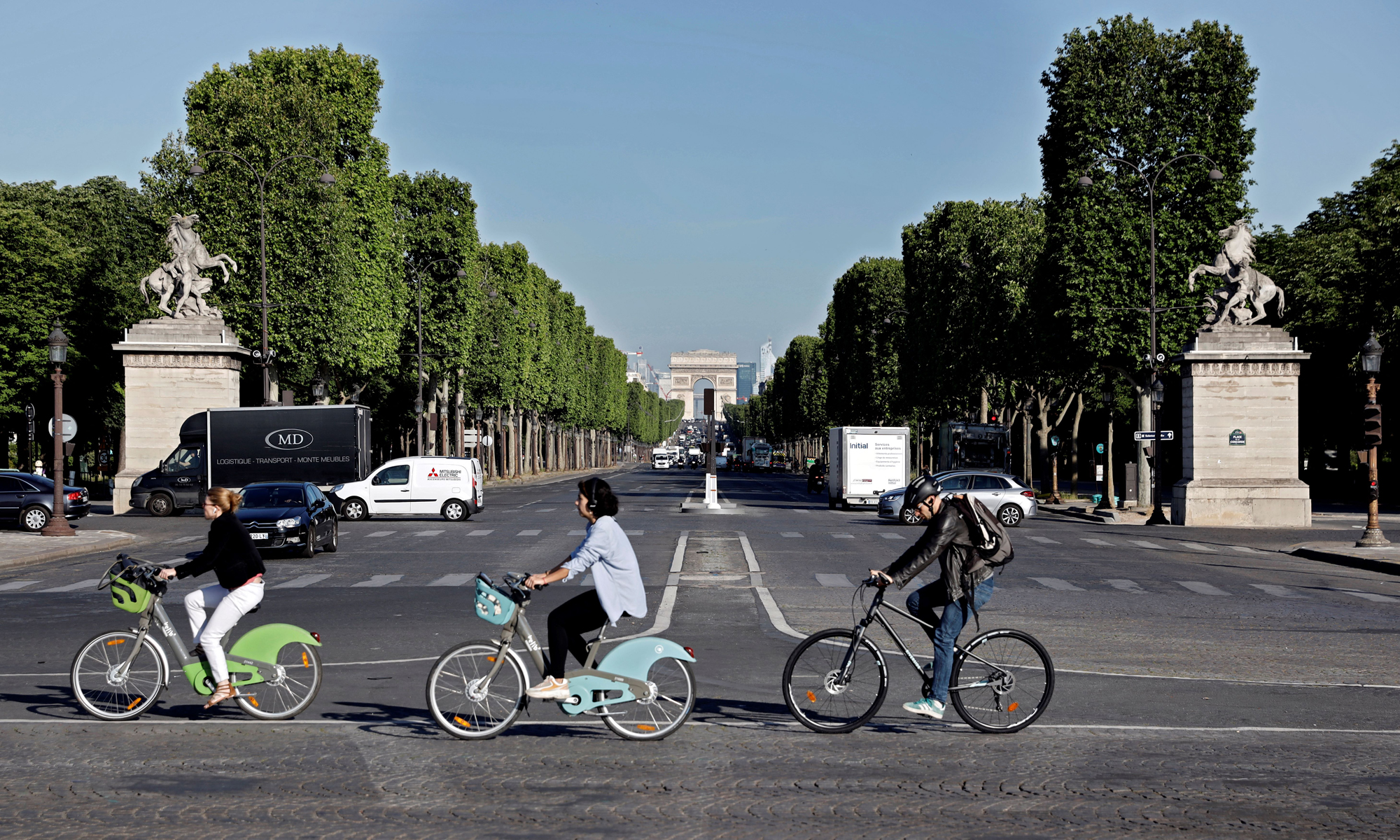 To see graphics on Europeans and car-free cities, view this article in your browser.

With the first wave of the coronavirus pandemic appearing to subside, Europe is giving its love to wide bike-friendly boulevards and café terraces instead of car-clogged streets.

New polling data from 21 cities across six European countries shows a clear majority in favor of measures geared at preventing a return to pre-pandemic levels of air pollution. There is strong support for new zero emissions zones, banning cars from urban areas and maintaining road space gains for bike lanes and pedestrian paths implemented during the health crisis.

According to data provided to POLITICO, 68 percent of 7,545 respondents to a YouGov survey conducted for the NGOs Transport & Environment and the European Public Health Alliance said they wanted to see air pollution reduction policies — including restrictions on car access to city centers — kept in place.

The survey covers major cities in France, Germany, Italy, Spain, the U.K. and the Brussels metropolitan area, and was conducted between May 14 and 21.

While 55 percent of Germans agreed that “effective measures to protect citizens from air pollution” should be introduced “even if it means preventing polluting cars from entering the city,” in other countries, where lockdown measures were more extreme, between 74 percent and 82 percent of the population supported such policies.

Lockdowns kept people at home and roads empty, leading to a drop in air pollution throughout Europe. However, pollution numbers are rapidly returning to normal as restrictions are lifted.

In order to cater to new mobility habits aimed at ensuring social distancing, policies were put in place that ranged from pop-up bike lanes in Berlin to new speed limit restrictions in the center of Brussels, and reduced parking slots in places such as Dublin and Vilnius.

The measures have given urban dwellers a look at the kind of city that environmentalists and green city planners have been demanding for years. The survey shows people like the new look.

“We know which way we have to go; COVID has only given us a push forward,” Bart Dhondt, the Brussels municipality’s alderman for mobility with the Dutch-speaking Greens party, told POLITICO.

The coronavirus crisis “will put more pressure on going forward with these policies of creating a city that’s good to live in,” Dhondt said. “These objectives of clean air, of public space, parks, green areas in your neighborhood are really important to ensure that people … stay in a city.”

Three-quarters of those polled expressed support for “reallocating public space to walking, cycling and public transport.”

Politicians are reacting to the change in sentiment. In Berlin, one of the first cities to implement wider bike lanes at the expense of car traffic, officials are clear they want to turn the temporary yellow markings and mobile traffic warning signs that demarcate the routes into permanent bike paths by the end of the year.

Cleaner cities have health impacts. Air pollution is associated with higher coronavirus fatality rates, while the European Environment Agency estimates smog caused some 400,000 premature deaths in 2016 and there are even concerns about noise pollution from traffic.

“Now the invisible killer is visible: air pollution made us sick, worsened the pandemic and hit the most deprived the hardest,” said Sascha Marschang, acting secretary-general of the European Public Health Alliance.

But there are national differences.

While an average of 64 percent of respondents agreed that they had experienced clean air and said they “don’t want to go back to the air pollution levels” from before the pandemic, only 52 percent of German respondents were in favor.

While car-crazy Germany has had its own long-running debates over vehicular pollution, Jens Müller, clean air manager at T&E, said: “The fact that support for new policies is somewhat less strong than in other countries may also be due to fact that the effects of the pandemic have been better contained there.”

In hard-hit Italy and Spain, in contrast, over three-quarters of those surveyed said that zero-emissions zones should be put in place to slash air pollution and keep dirty cars out of cities.

Those results are sure to cause a stir in Madrid, where conservative Mayor José Luis Martínez-Almeida came to power a year ago promising to do away with the capital’s zero emissions zone, which he claimed harmed business interests. While large protests prevented the mayor from eliminating the zone altogether, last fall he announced plans to ease traffic restrictions in the city center.

But with 82 percent of Spaniards expressing support for these, Martínez-Almeida may now have to rethink the plan.

The data also suggests lukewarm enthusiasm for public transport, something that’s more troubling for environmental advocates who have been pushing for decades to get people out of cars and into subways and buses. Some 39 percent of Germans say they will not use public transport “due to the risk of contagion of the coronavirus.”

However, just over half of Spaniards say they would return to mass transit if “sufficient hygiene measures are taken to prevent contagion,” for example mandatory masks and reduced capacity, an opinion shared by a large number of Italian and Brussels-based respondents.

This article is part of POLITICO’s premium policy service: Pro Mobility. From the digitization of the automotive sector to aviation policy, logistics and more, our specialized journalists keep you on top of the topics driving the Mobility policy agenda. Email pro@politico.eu for a complimentary trial.

In Europe, we also can’t breathe