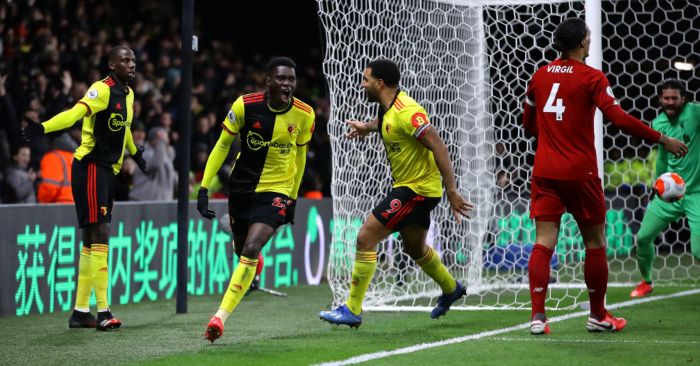 The Anfield club have long been admirers of the 22-year-old. He burst onto the scene with two goals and an assist against them back in February, when Watford won 3-0.

Sarr is now one of Watford’s biggest assets and could be set to leave this summer as they prepare for the Championship.

FEATURE: The transfer record progression of every Premier League club

According to The Sun, Liverpool are prepared to meet Watford’s £40 million asking price for the player.

They see him as a good signing for the future as he is both versatile and pacy.

Sarr may be able to replace either Sadio Mane or Mohamed Salah in a few seasons time, should his rapid development continue.

Mane has been linked with a move to Barcelona this summer, so Liverpool could reinvest some of that money straight away by signing the Senegalese international.

Sarr has reportedly been lined up ahead of alternative players due to his versatility and patience in waiting for first team opportunities.

He can play on either wing or down the middle, unlike Wolves’ Adama Traore who can only play on the wing.

Sarr is also less likely to demand first team opportunities straight away. The £40 million price means he doesn’t have to be an instant hit at Anfield.

Watford are open to selling the player as they want to raise funds this summer. If Liverpool do pay £40 million, it would represent a £10 million profit for the Hornets over the course of just one season.

They were relegated from the Premier League after finishing on just 34 points and could now lose a host of players.

Gerard Deulofeu has been linked with a move away from Vicarage Road, just like midfielder Abdoulaye Doucoure who could sign for Everton in the coming weeks.

New Watford manager Vladimir Ivic will be hoping that the club can bounce back with immediate promotion to the Prem.

The only goalkeeper to … The post Mark Crossley: The dark arts behind saving a Le Tissier pen appeared first on Football365. 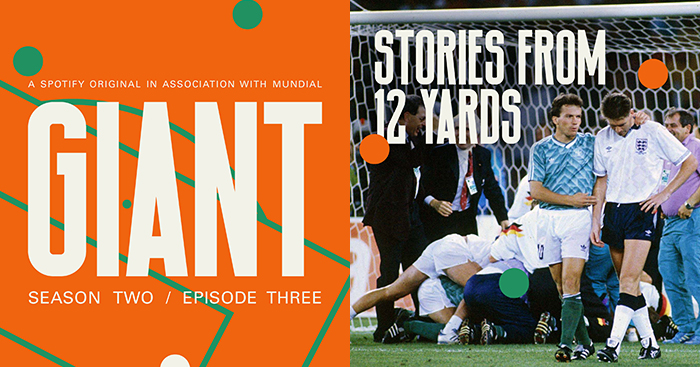 Of course penalty-kicks were invented by a gambler. In 1890, Irish millionaire William McCrum first proposed penalties as a way of stopping the rough-and-ready methods of cynical defenders, who were partial to knee a striker in the stomach if ever they threatened to score.

McCrum, the man who later had to sell off the cotton mill from which he earned his own fortune to pay off debts wracked up on the tables of Monte Carlo, had given birth to football’s answer to Russian roulette. Get it right, you’re a hero. Get it wrong, you’re fucked. Proper fucked.

Think back to the most significant penalties you can remember and you almost always visualise the taker, and the agony or ecstasy that followed.

But what about the person stood all alone 12 yards away, facing not only the other 21 players on the pitch but also the thousands of fans filling three quarters of the stadium?

In episode three of the second series of , the award-winning Spotify Originals podcast produced by MUNDIAL, we’re given a brilliant insight into how goalkeepers think and feel when they find themselves staring down the barrel of a shot from 12 yards.

Stories From 12 Yards looks at three tales of penalty history, as told by the people that were there. The second of the three stories deals with the psychology and skill involved in saving a penalty, courtesy of Mark Crossley, the former Nottingham Forest goalkeeper who astonishingly kept out over 50% of penalties he ever faced.