UK councils have been criticised for their growing use of heavy-handed debt-collection agencies, as more families face bankruptcy as a result of the coronavirus crisis. Read more: Local councils criticised for ‘concerning’ debt collection tactics 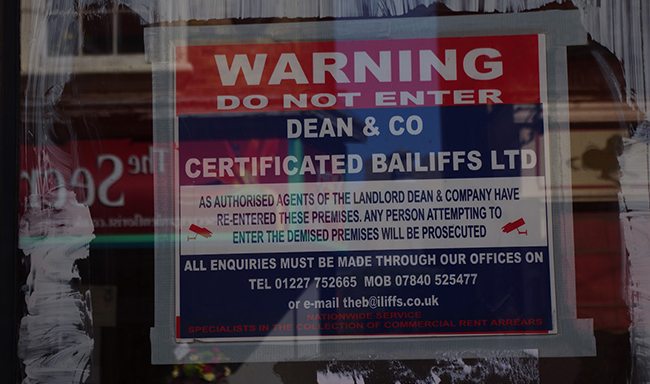 UK councils have been criticised for their growing use of heavy-handed debt-collection agencies, as more families face bankruptcy as a result of the coronavirus crisis.

Of all the cases of problem debt reported to the Citizens Advice charity last year, 42 per cent related to money owed to central and local governments, according to the Centre for Social Justice, a think-tank set up by former Conservative leader Iain Duncan Smith.

That is more than double the level in 2011. Public bodies are increasingly using strong-arm tactics, such as hiring bailiffs, to recover debts, charities say.

Millions of British workers are expected to suffer job losses or pay cuts as a result of the economic fallout from the Covid-19 pandemic in Britain. It is predicted that as many as 8m UK workers will be furloughed and rely on government grants that cover 80 per cent of their wages, according to the Resolution Foundation, another think-tank.

“The spectre of bailiffs banging on the door of families who have lost their livelihoods and demanding payment of council tax debts, rent arrears and other taxes and bills fills me with dread,” said Andy Cook, executive director of the CSJ.

“In these unprecedented and chilling times, it is unacceptable that strong-arm tactics should be used to recover unpaid bills. After the payday loan scandal, private moneylenders have cleaned up their act and found ways of agreeing with cash-strapped families repayment terms that don’t put them on the streets. Whitehall and town hall should follow suit.”

The amount of personal debt owed to government departments — including council tax and rent arrears, welfare debts and magistrates’ court fines — totalled £13.5bn last year, according to the CSJ report, which was due to be launched on Monday. Council tax debt alone accounted for £3.2bn.

Local authorities referred 2.6m debts to bailiffs last year, while doorstep lenders and providers of payday loans have cut back on using more aggressive forms of collection in recent years because of the high costs involved and lack of efficiency.

For every £1 of debt that councils referred to bailiffs last year, just 27p was recovered, according to Citizens Advice.

Damian Hinds, the Conservative MP and former education secretary, said it was “particularly concerning” that “councils remain scandalously reliant [on bailiffs] to collect debt”, adding: “Meanwhile, the rules governing council debt collection mean that families struggling to pay the bills have their debts rapidly inflated by further fees and charges.”

The CSJ argued that the use of heavy handed tactics made it harder for councils to collect money owed to the taxpayer, and the methods led to increased stress and anxiety among those in debt. The report cited data from the national Adult Psychiatric Morbidity Survey that suggests 100,000 people in problem debt attempt suicide each year.

Councillor Richard Watts, chair of the Local Government Association’s resources board, said local authorities had a duty to their residents to collect taxes to fund local service.

“We realise that the coronavirus outbreak has placed additional pressure on people and councils are doing their best to protect those most in need, whether through providing financial support or taking a sympathetic and constructive approach to the way we collect unpaid tax,” he added.

The Ministry of Housing, Communities and Local Government did not immediately respond to a request for comment.

The Creative Industries Federation calls for urgent funding for arts sector during...

Reaching out with purpose

How To Hire People With An Entrepreneurial Mindset

Rush to adopt new tech could put companies at risk of breaking...